‘Preparation is key’ for county coroners during pandemic 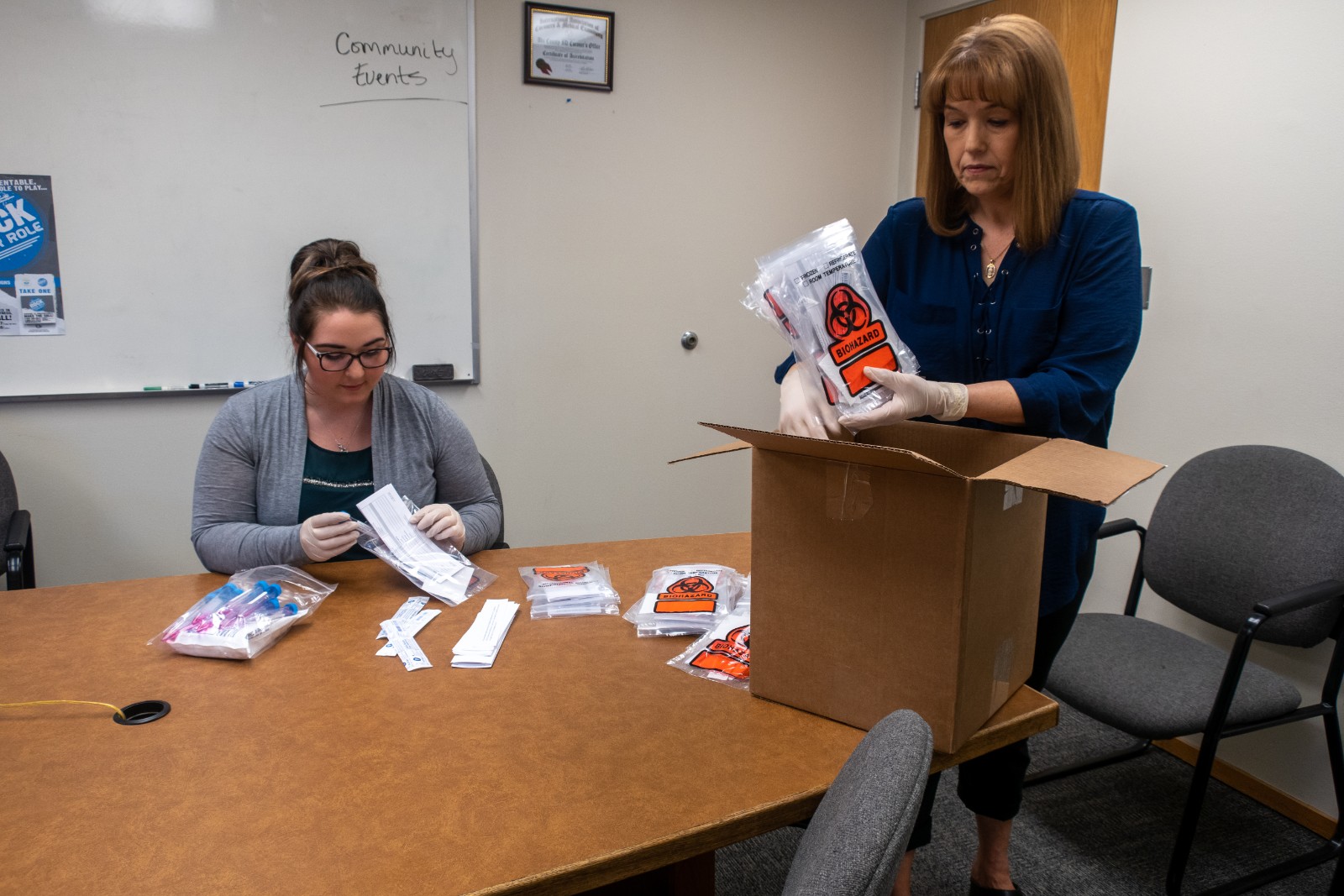 Ada County, Idaho Coroner Dotti Owens is on call for the first time in four years. She is alternating every other week as a backup along with her investigative supervisor. She is working around the clock to complete prep work and prepare for the unknown.

“It’s an all hands-on-deck situation,” she said.

County coroners are used to dealing with the deceased, but while doctors and nurses are making every effort possible to save the lives of those diagnosed with COVID-19, coroners are facing new challenges working to prevent the spread of the virus and making preparations for a significant increase in caseloads.

In Ada County, which encompasses the state capital of Boise, the coroner’s office operates as part of a regional facility that serves 36 jurisdictions for forensic services.

Owens said her office, with a team of 10, is working to overcome obstacles such as body storage, obtaining personal protective equipment and testing kits.

“We’ve not been able to get our hands on them [testing kits],” she said.

Owens ordered 1,000 kits that are on backorder but will be equally split between the county and the state when they arrive. She purchased the kits in pieces and a group of volunteers will assemble them.

Testing occurs in a triage area located outside the morgue where Owens’ staff swabs deceased individuals for the virus. Bodies are held in a trailer until the county receives the results. If the result is negative and there is a need to obtain a cause and manner of death, her office will perform an autopsy. If the test is positive, the office will release the body to the funeral home.

“One of the dangers of swabbing on scene and releasing from the scene is exposure to that funeral home without knowing whether you have a negative or positive,” she said.

The county has a small mass fatality trailer that holds 15 bodies. Owens ordered an additional 55-foot truck that holds 70 bodies, which is being paid for by the county.

Her staff is taking preventative measures when responding on scene including double-bagging bodies to prevent contaminating facilities.

“What you have to realize is cases are double the work,” Owens said. “They are double the time so we’re a lot slower on scene because we’re trying to prevent exposure to our team.”

Her main concern for the future revolves around staffing, specifically for jurisdictions in the state with only one coroner and one chief deputy coroner.

“I know what my staff is capable of, but I also am worried about burning everyone out and getting to the point where we’re struggling to cover shifts,” she said.

While the country is working to meet the personal protective needs for healthcare workers, Owens said coroners and funeral homes need to be protected as well.

“It’s really important that everyone understands that we in this coroner/medical examiner industry are first responders,” she said. “We’re expected to be on the frontlines of this but yet the support from our partners, they forget about us and forget about the funeral homes.”

Owens said many coroners in Idaho who do not have testing kits are making their own, which Baldwin County, Ala. Coroner Brian Pierce started doing in his office.

Pierce said his staff put together around 15 testing kits that include a test tube with a viral medium for nasal swabs. The swabs are taken in the field where the deceased individual passed away.

“It’s a way for us to track those field deaths,” he said. “It should be a small number because most people hopefully show up at the hospital and the hospital does the testing, but this is to catch any cases that may slip through the cracks.”

Pierce explained how the pandemic has impacted the release of information to families and life insurance companies because of the closures of court systems.

“If we slow down grand juries, some of these families may have delays in life insurance claims or even just getting information about what happened to their loved one,” he said.

In Luzerne County, Pa., preparation was a key factor in developing procedures when the virus started to spread, Coroner Frank Hacken said.

Luzerne County, located in northeastern Pennsylvania, is a transit community because of its close proximity to New York City.

Hacken said his office prepared for an increase in deaths and coordinated with medical facilities, funeral directors and other stakeholders to ensure they were capable of handling the deceased. He communicates with the Pennsylvania State Coroners Association to discuss challenges surrounding the evolving situation.

If there is a possibility that a deceased individual may have the coronavirus and was not under medical care, Hacken said his office works with the department of health to obtain test kits to swab the deceased.

Hacken’s office established a temporary morgue, a vehicle for transports and a team that specifically responds to COVID-19 deaths.

“Instead of trying to use all our resources, what we try to do is specialize a little bit in breaking up our areas of responsibility and having people ready to go in certain situations,” he said.

Hacken has two focuses during the COVID-19 situation: The epidemic itself and the daily operations of the office.

“If you’re loved one died of something else other than COVID-19, that’s extremely important to you,” he said. “Just because we’re in a COVID-19 situation right now, we cannot forget about the needs and responsibility to our families and to our communities related to all these other deaths.”

“They’re doing an excellent job and by what they’re doing, the need for coroners is being reduced,” he said.