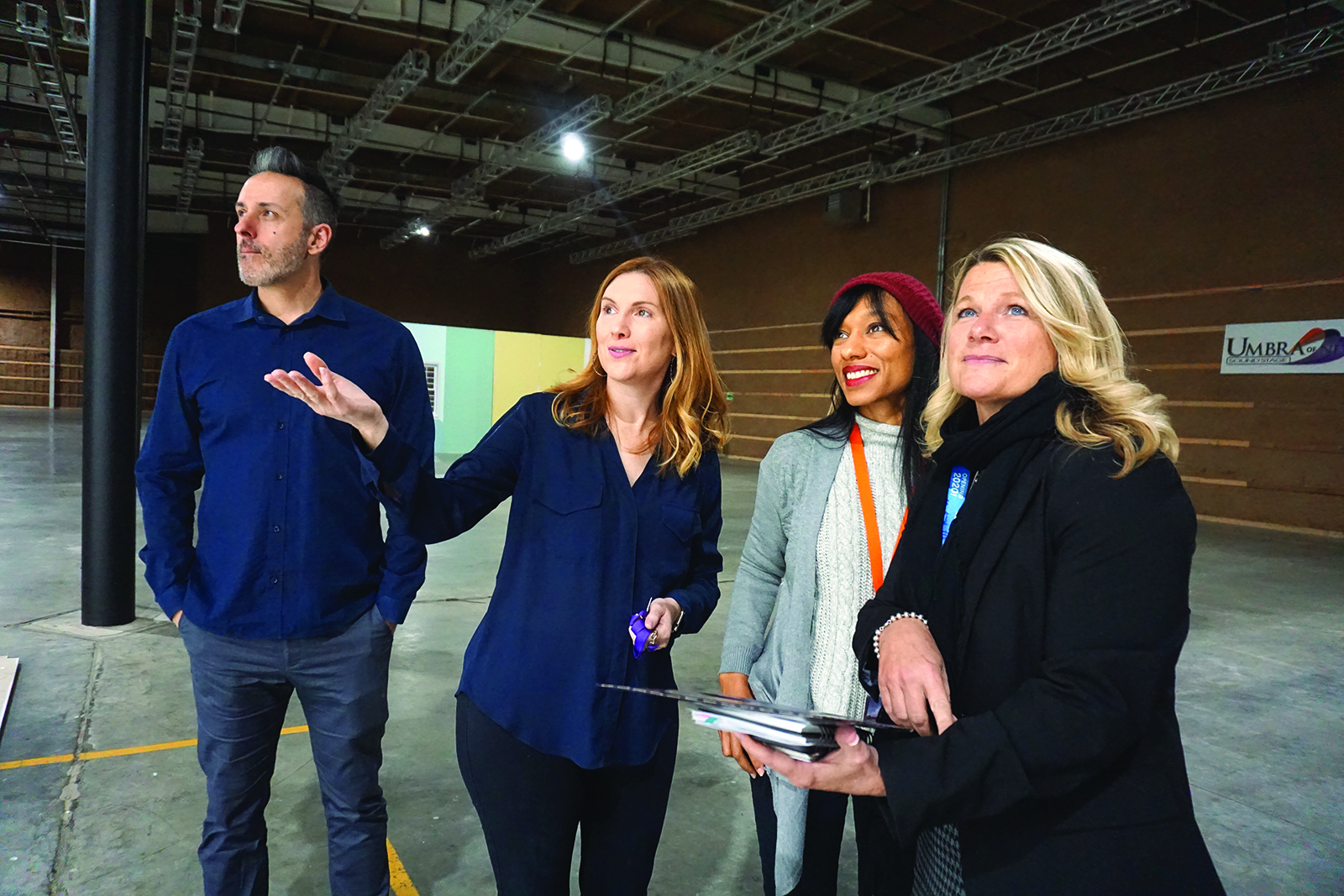 In order to filter by the "in queue" property, you need to add the Entityqueue: Queue relationship.
https://www.youtube.com/embed/4Ls9W9H8bCU Orange County, N.Y.'s tourism office is attracting movie and television projects with its county and privately-owned soundstages, landscapes and proximity to New York City

The phrase can be seen hanging on a poster in the entrance of Umbra Soundstages, one of five certified soundstages for filmmaking in Orange County, N.Y.

With films and shows including the HBO feature “I Know This Much is True” with Mark Ruffalo; “The Irishman” directed and produced by Martin Scorsese; NBC’s “Law & Order: Special Victims Unit” and NBC’s “Blindspot” shot in the county, Orange County attracts filmmakers from across the country.

Located 50 miles north of Manhattan, Orange County has become a filmmaking hub using both its county and privately-owned soundstages, landscapes and proximity to New York City to promote filmmaking.

Last year, Orange County acquired the Orange County Film Office, which was previously a private entity. The office now falls under the umbrella of the county’s tourism department.

“It’s really important to have a film office that can basically be that one-stop shop for production companies, film scouts and the like to come in and be that resource to get filming done in the county,” said Amanda Dana, the director of tourism for Orange County and the executive director for the Orange County Film Office.

The goal of the county’s film office is to streamline the production process and promote the county by referring businesses, locations and services to filmmakers. The office works with local agencies, such as the police and sheriff’s departments, to establish protocols and contracts for filming.

The certified soundstage in the gym at the county jail offers production companies large spaces for equipment, set-building, craft services and parking, according to Nora Martinez, Orange County film specialist. The operations of the jail are not disrupted during filmmaking and funds from using the facility go directly to the county.

Martinez helps productions through the permit process and responds to filmmakers to coordinate available locations.

“If we give them an answer very quickly, that means the difference between the production landing in Orange County or another county,” she said.

Martinez views lists of developing productions each week to see if sites in Orange County may be used as a location. She sends out “location-of-the-month” newsletters, creates location databases and sends producers location packages.

“Even if I don’t find them locations for that particular show or film, usually their experience with us is so great that they want to come back,” Martinez said.

Orange County Executive Steve Neuhaus described the film office as the “front door” for any production interested in filming in Orange County. He added that the county’s economy benefits when talent and crew spend money in restaurants, catering halls and hotels.

“We already have the pre-determined locations. We already have established relationships,” he said. “It makes it a lot easier for anyone who is scouting and coming to look for a location.”

Filmmakers in Orange County can also take advantage of the New York State Film Tax Credit Program. The program offers commercial production tax credits with as much as 40 percent on labor and 35 percent on qualifying post-production projects.

“The tax incentive makes us very competitive and appealing to any of these big film crews,” Neuhaus said.

Umbra, one of the certified soundstages in Orange County, is co-managed by Summer Crockett Moore and Tony Glazer, who both serve as managing partners of Choice Films, a production company. Choice Films moved its base to Orange County from New York City.

Crockett Moore, who is also an actor and producer, has filmed all over the country and said she discovered filmmaking in Orange County when she searched online for a place close to Manhattan that offered the 40 percent tax credit.

“I feel that the infrastructure and all the support in the local community just helps us reach so much further than we were able to in Manhattan,” she said.

Glazer, a writer, director and producer, said Orange County offers filmmakers a wide variety of locations, a crew base, lodging and catering options to accommodate a crew. Martinez works with Crockett Moore and Glazer to create a tag-team relationship to bring filmmakers to Orange County.

“The Orange County Film Office is a godsend for us,” Crockett Moore said. “The film office is the first call I make when I learn that a project wants to come here.”

Crockett Moore and Glazer described a collaborative effort in the county among production companies, the film office, and the local government.

“The county at large… has been incredibly accommodating and just really open to sort of tailoring each film production’s film experience to what they need,” Glazer said.

The accommodations extend beyond the services of the film office. County residents become engaged when a film production is in their community.

“There’s something about a downtown when they know there’s a film being filmed there and there seems to be magic in the air,” Dana said.

Crockett Moore said when it is easy to film somewhere, the “domino effect gets out and word gets out very quickly.”

“More people are talking to each other about how far your dollar can go in Orange County and how easy it is to work here,” she said. “I think this explosion, this film bubble that we’re seeing is only going to continue to grow.”