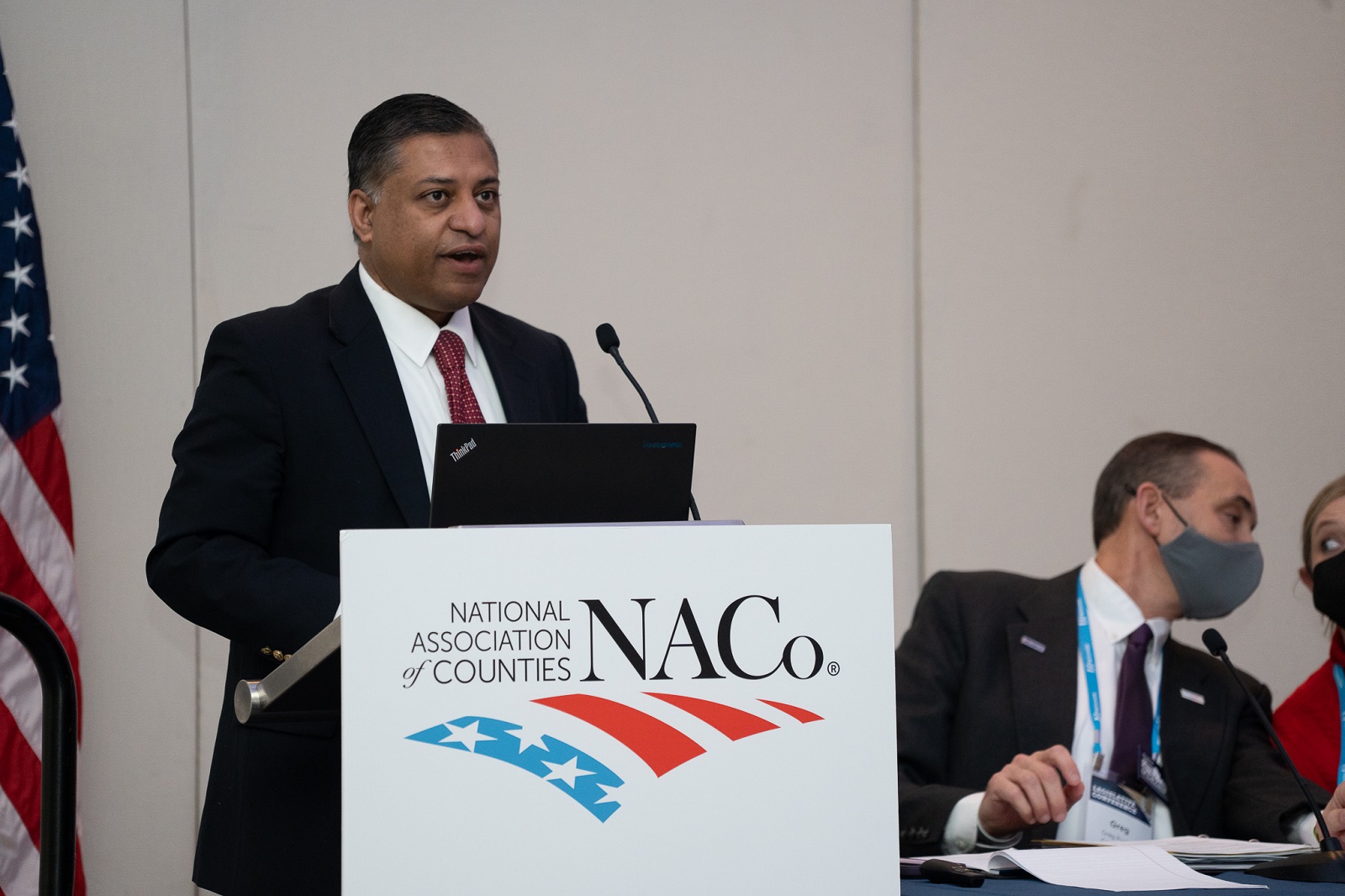 Rahul Gupta, director of the Office of National Drug Control Policy, fleshes out the scope of the opioid epidemic in 2022 to the Rural Action Caucus on Feb. 13. Photo by Hugh Clarke

In order to filter by the "in queue" property, you need to add the Entityqueue: Queue relationship.
New drug czar Rahul Gupta previewed the Biden administration's coming drug policy

Lost amid the undulating COVID-19 infection and death charts was a grim milestone in the United States’ battle against the opioid epidemic.

“That means that an American is perishing from an overdose every five minutes, around the clock,” Rahul Gupta told the Rural Action Caucus Feb. 13. “We’re talking about the tip of the iceberg.”

Gupta, who was confirmed in November as director of the White House Office of National Drug Control Policy, reflected on the grim odds, but pivoted toward a chance for optimism. The ONDCP coordinates a budget of $40 billion across 18 different federal agencies.

“As we’re facing this serious challenge, we also have a unique opportunity to address this problem head-on, to create a treatment infrastructure like never before,” he said. “But we have to work together on the local, state and federal levels. We can’t get this done otherwise.”

The Biden administration is preparing to release its inaugural drug control policy, and Gupta gave a few hints as to what it would include:

“Every life is valuable and worth saving,” Gupta said. “You can see on [a map that illustrates overdose rates] that there are a lot of communities that are suffering through overdoses and overdose deaths. We have to create a treatment infrastructure because believe me, it isn’t there today.”