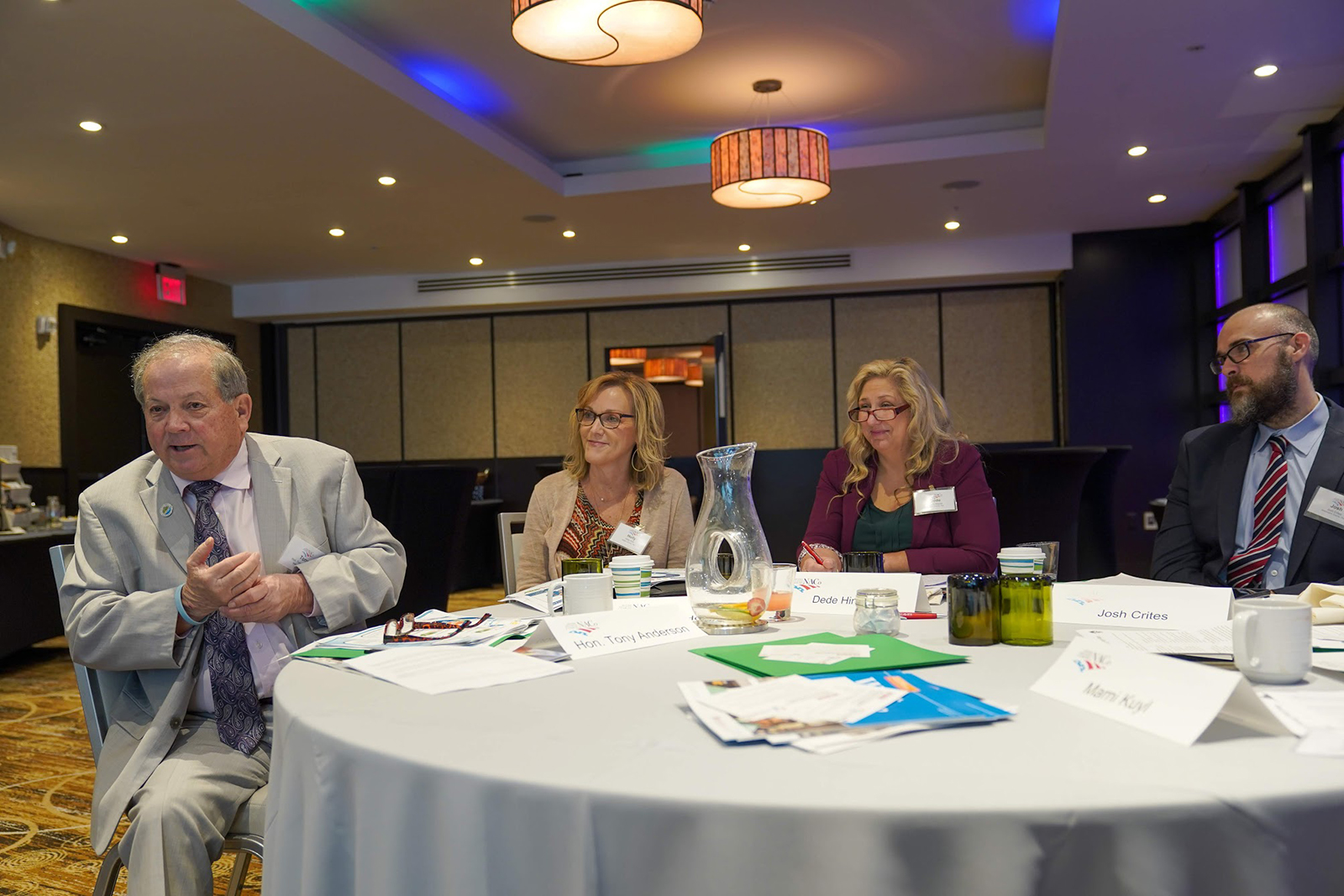 Members of the cohort met for the first time to gain a better understanding of the impact of housing quality, stability and affordability on county health outcomes. The goal of the group is to strengthen local jurisdictions to achieve health equity and address disparities.

The three learning objectives for the cohort include:

Establishing a county peer learning network on the intersection of housing and health.

County officials shared that when it comes to housing issues, challenges include rising housing costs leading to a decrease in homeowners, a need for subsidized housing and a disproportionate number of homeless individuals and affordable housing options.

In Walton County, Fla., where the majority of the county lacks water and sewage systems, county officials discussed infrastructure as a major challenge to establishing affordable housing.

The group heard from Evian White De Leon, the deputy director of Miami Homes for All, a non-profit advocacy group that focuses on policy, advocacy, research and collective impact coalition building. Miami Homes for All has two initiatives focusing on affordable housing and youth homelessness.

“It [housing] is a physical determinant of health and anything you want to throw out there I will make a hard argument that it ties back to housing,” she said.

She discussed how Miami-Dade County is working with the philanthropic community including the Health Foundation of South Florida, which funds traditional health programs and helps with housing to improve health outcomes.

White De Leon referred to the “theory of change.” She described this concept as looking at the housing stock, finding opportunities for concrete projects and identifying the obstacles to accomplishing a project.

In Miami-Dade County, White De Leon added that Miami Homes for All is working with Miami-Dade County Public Housing and Community Development to create a blueprint for affordable housing across the county.

Michael Liu, director of Miami-Dade County Public Housing and Community Development, which is the sixth largest housing authority in the country, said the department manages a voucher program which counts 14,000 vouchers. He added that the county has 9,000 public housing units.

He referred to the Miami-Dade County Homeless Trust, which combats homelessness and provides a continuum of care for homeless individuals. The trust receives funding based on a food and beverage tax in restaurants that makes over $400,000 in gross receipts annually.

“There’s a collaboration here in Miami-Dade County,” he said, emphasizing the importance of formalized collaboration between different agencies when it comes to housing outcomes.

Liu referred to a loan program in Miami-Dade County that is a dedicated surtax fund for affordable housing based on commercial real estate transactions.

According to Liu, around 25 years ago, the state passed a law that created a special tax on businesses to provide resources for social benefits such as the environment, housing or transportation. A component of the law said individual counties can take a special tax locally for affordable housing purposes if approved by voters.

“The people in Miami-Dade County voted on that particular component and approved it and it has been part of the affordable housing funding resource,” Liu said. “It’s a 0.25 tax on every dollar on commercial real estate transactions.”

Both White De Leon and Liu emphasized the connection between health and housing outcomes.

Members of the Housing and Health Action Learning Cohort will participate in webinars, team check-in calls and virtual peer exchanges over the next 10 months to continue discussing housing and health outcomes.