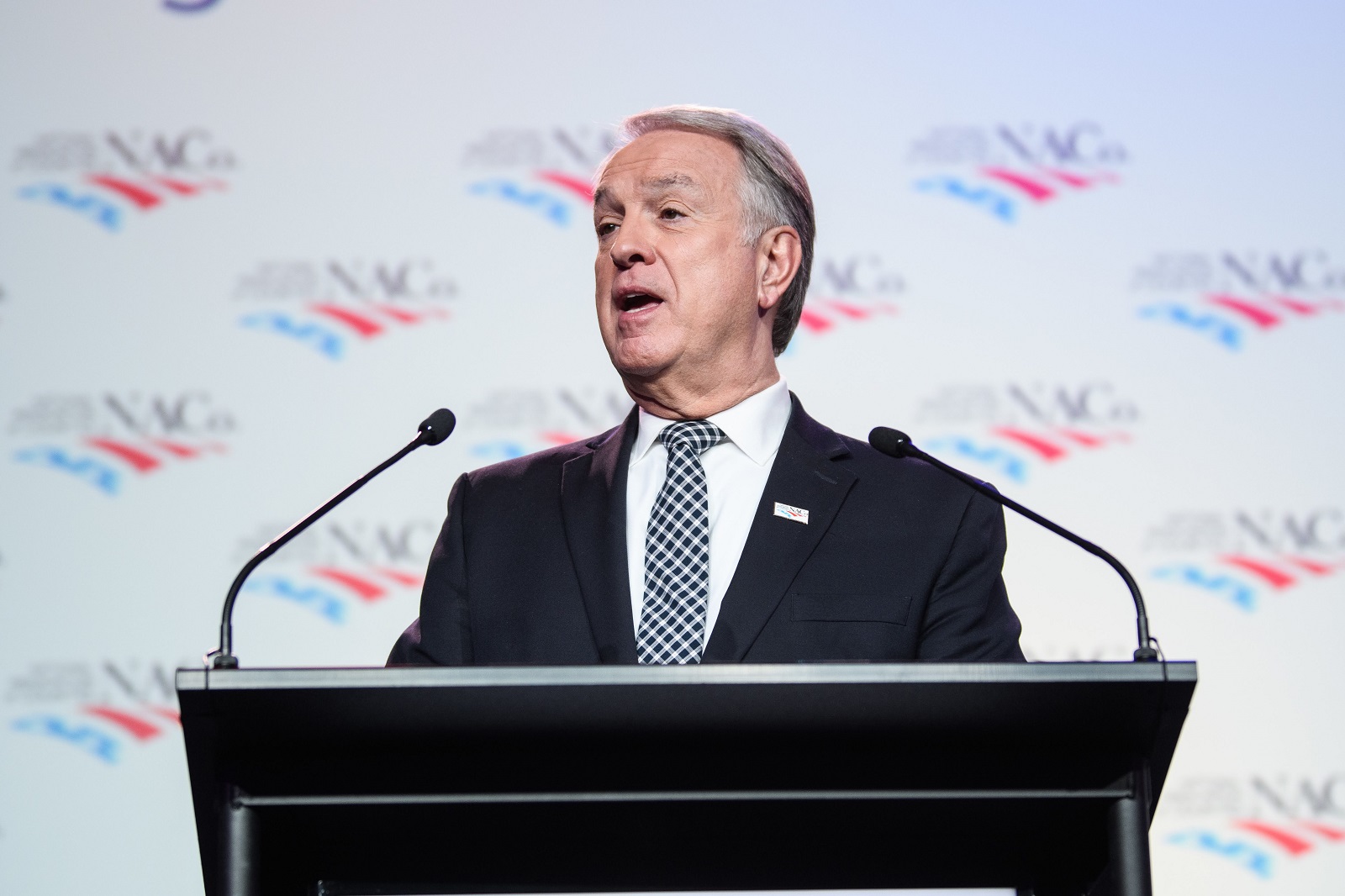 In order to filter by the "in queue" property, you need to add the Entityqueue: Queue relationship.
Regionalism is a way of life for NACo President Gary Moore, whose Boone County, Ky. sits between counties from three states whose fates are interconnected

At 2:45 a.m. on a recent November morning, two semi-tractor-trailer trucks collided on the Brent Spence Bridge, which connects Hamilton County, Ohio and Kenton County, Ky. over the Ohio River. Emergency crews from nearby Boone County, Ky. responded to the resulting fire, which involved diesel fuel and other hazardous materials.

Though the bridge, which carries two interstate highways, does not touch Boone County, there was no question that it would be part of the emergency response.

That’s because the members of the eight-county Cincinnati region know if they don’t work together, they won’t go anywhere.

For at least a month while the bridge is closed in both directions, Boone County is about to see a lot of the traffic that would otherwise be crossing the river, taking I-275 to Indiana and Ohio.

NACo President Gary Moore has served for 20 years as Boone County’s judge/executive and said the situation emphasizes the importance of regionalism in county government.

“From this detour alone, we’ll see eight different counties affected, seven of them with rural components,” he said.

“We have to work together on issues, no matter what size our county or whether we’re rural or urban.”

Moore discussed a few aspects of regionalism with County News and how counties can help bridge the urban-rural divide and come out stronger. Here are excerpts from the interview:

The COVID-19 pandemic has really highlighted how that can be a challenge, because what the governors’ orders or recommendations are on travel, on business closures, on how to manage the pandemic are very different from one state to the next.

If some of our residents travel west, it’s one set of rules; if they travel north, it’s a different set. It does create challenges, but we still come together as a regional entity — eight counties in three states, to deal with transportation planning and other issues.

With the fire on the Brent Spence Bridge, we have emergency management responders from at least four of those counties, if not more. Everyone contributes to make this a successful recovery.

The OKI Board consists of about 120 members, and there are city, county and township officials from other states and some non-elected citizens on the Board.

During my 21-year stint with OKI, what always impresses me is that the majority of things we do get unanimous votes in favor. That kind of collaboration and cooperation between towns and large cities, smaller counties and very large counties has just been amazing.

We have to remember that many times within a county, there are urban and rural divides, it’s not just from one county to the next. In Boone County, we have the Cincinnati International Airport, we have developed areas around the airport, but you can drive about 20 miles and still be in Boone County and you’re in an agricultural, very rural part, of Boone County.

It’s common in Western states to have large, spacious counties with a densely populated urban area, but you also find that in places that surprise you. When Commissioner Melissa McKinley chaired the Agricultural Affairs Committee, I was surprised because I always envisioned Palm Beach County, Fla. as tourism, coastal cities and areas and had no idea.

Her district is mostly agricultural and dramatically different from what most people think of when they hear “Palm Beach County.”

We’re living in interesting times, and particularly in dealing with the pandemic, in one of the things we found is while the pandemic impacted large urban areas sooner, it’s now reached its way to rural and to lower-populated counties across the country.

It amazes me how often an issue does find its way to straddle both urban and rural.

Another issue where that is happening right now, caused by the pandemic, is the demand for broadband access.

I announced the Broadband Task Force to look at this issue, but we find that it’s not just in remote rural parts of counties, but many times we’ll have islands of the unserved or underserved areas within urban areas. It’s going to be important as our task force goes to work that we definitely need to interact with both elements of our counties.

An issue like broadband access is a way for us to not only lead to better outcomes for our residents but also develop on a foundation of common ground between urban and rural areas.

We have to look beyond our own definitions of urban and rural. When it comes to direct COVID relief allocations from the CARES Act, that difference can be as little as a single person.

One of the things we have to focus on at NACo and in our advocacy is making sure all counties are included when we think about future relief packages, whether it’s COVID or whatever the next issue might be.

Utilizing NACo as a unifying force

What other organization, what other entity is there where small population rural counties come together with large urban counties with populations in the millions? NACo is where that happens and because of how we’re structured, everyone has a voice.

I’ve learned so much and I’ve gained much more than I’ve invested through my involvement with NACo.

The issues important to small rural counties are just as impactful to their constituents as the other end of the spectrum. At NACo, we utilize the voice of counties to educate our elected officials in D.C., to advocate for issues and positions that are important to all counties of all sizes.

I just can’t imagine being an elected official in either a large urban metro area or in a small rural county and not participating in NACo. I can’t fathom the awesome, amazing amount of information, the amazing number of assets NACo brings to each of us and not taking advantage of that opportunity.

Boone County can’t afford to have a full-time lobbyist in D.C., there’s no way we could build the relationships with staff both in the elected offices of D.C. and the administrative offices in our nation’s capital.

The value that NACo brings to all of us, no matter what size we are, is amazing.

The experiences that we share with each other may be successes or they may be failures that we can share with one another and learn from one another, no matter what size of county we come from.