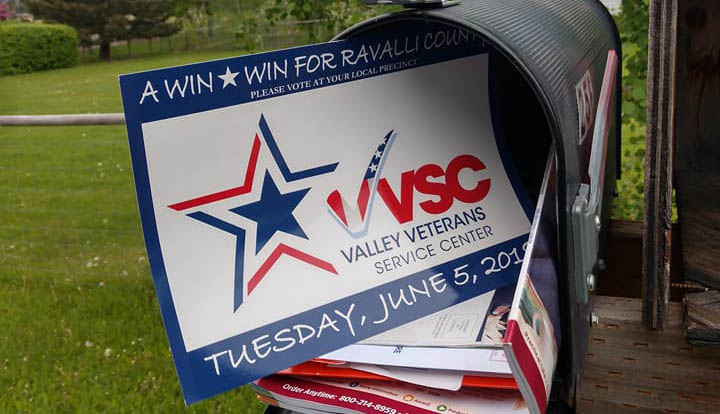 In order to filter by the "in queue" property, you need to add the Entityqueue: Queue relationship.
In three years, Ravalli County, Mont. has put together the state’s first county veterans service office, which has won the support of residents, who voted for a levy to fund its operations

The wide-open spaces that draw many to Montana’s Big Sky Country can be less appealing when it means traveling eight hours to reach services people need. The reality of driving two hours to a Walmart is part of the trade-off people make to live where they want, but when it comes to the more specialized needs of veterans who need help accessing services, that distance becomes a liability. Often one that can take up to eight hours.

“In northeastern Montana, that’s how far people are traveling to get to veterans services,” said Mike Warner, veterans service officer in the Valley Veterans Service Center in Ravalli County. “Some of our state’s veterans have a long way to go, even for Montana’s standards.”

That additional levy increased the veterans’ service center’s budget to $247,000 from its previous $85,000 budget. It’s the latest step in a three-year-old effort that Warner hopes can be a model for other counties throughout the state.

“The passage of the mill levy demonstrated the nature of our community and its support for our veterans,” said Commissioner Greg Chilcott. “This was originally a grassroots effort by our veterans, they were being underserved, and we knew we could do better.”

Warner has been there for the office’s growth. In 2015, when he was the only staff member, he managed a caseload of roughly 250. Now, the office helps more than 1,800 veterans access services through the federal Veterans Administration bureaucracy — which has averaged out to more than one new veteran signing up for services every day.

“It’s amazing to me that three years ago we didn’t have a working computer, and now we have a place that veterans’ groups from all over can call home,” he said. “We have four full-time staff members, five work-study positions and a counselor five days a week, all thanks to the Ravalli County community.

“Their support in passing that levy shows how much our citizens value our veterans and want them to have the resources they need.”

The Valley Veterans Service Center — it kept its original name as an homage to the Vietnam veterans group that spearheaded the county’s first veterans service efforts eight years ago — started in earnest in 2015 when the county hired Warner as its veterans service officer.

“I worked out of a house that wasn’t wheelchair accessible, which wasn’t ideal for a county with a lot of older, Vietnam-era veterans,” Warner said. “I opened a binder my first day and there were actual cobwebs inside.”

The county offered used computers to help get the VSO started, and Warner and Dan Griffin, who was hired a year later, demonstrated the service that won over Ravalli County voters.

“The levy passed with 78 percent of the vote, which is the highest any mill levy has passed in Ravalli County,” Warner said. “Our citizens have stepped up and that’s a vote of confidence and a sign we’re on the right track. They don’t want our veterans to lack services.”

Warner said his office has seen veterans come from hours away to sign up for VA services. That kind of need in other counties is reason enough for him to pitch Ravalli County’s veterans service office structure to other counties — there’s certainly a need for local help for veterans.

“There’s the question of where counties can begin. Well, you have veterans in your community, so that’s the best place to start,” Warner said. “These are people who are trained to be leaders, if you get a whole bunch of leaders together, there’s nothing they can’t overcome.”

Warner is pleased with the success of his VSO’s recruitment efforts given the cultural aspects of many Montana veterans.

“This is a place where a lot of people come to be left alone,” he said. “We have a lot of ex-Special Forces guys who own their property in the woods and want to be left alone. If they come out to engage with us, that’s a sign we’re doing something right.”

Sign up here for the monthly newsletter with the latest data and feature updates.