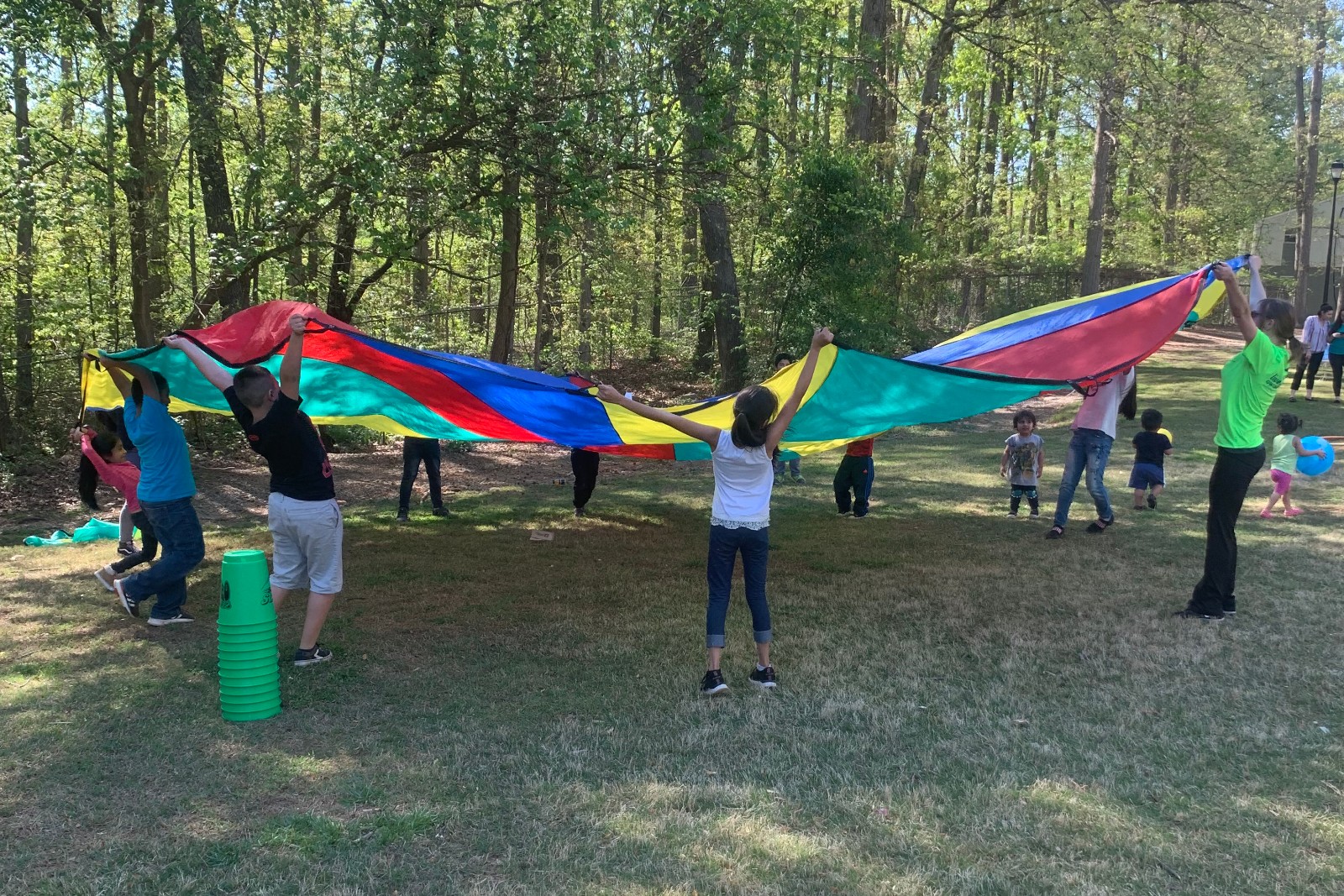 The phrase can be seen on the back of a former home-delivered meals box truck driving throughout Gwinnett County, Ga. Now a recreation center on wheels, the truck is no longer providing food but instead hula hoops, jump ropes and other play equipment to county residents.

The unit is known as “Be Active Gwinnett,” which launched as part of the Live Healthy Gwinnett initiative. The mobile recreation center has visited more than 200 sites and served 15,000 participants.

“We set up everything whether it’s on grass or asphalt — a parking lot can be blocked out for us,” said Carion Marcelin, coordinator for Live Healthy Gwinnett. “We make it happen with whatever space that we have available.”

“We have this awesome game that’s similar to Quidditch if you’re a fan of Harry Potter,” Marcelin said.

Although the 437-square-mile county has an extensive park system with more than 10,000 acres and 50 parks and recreation facilities, studies found that 20 percent of county residents get no leisure time physical activity, according to the 2013 Gwinnett County Health Department’s Community Health Assessment.

“We have a very diverse resident base here in the county, so not everyone is aware or embedded in that traditional park and recreational sense of coming to a park or playground or rec center or a gymnasium,” said Lindsey Jorstad, outreach manager for Gwinnett County Department of Community Services.

“That’s where we saw the value of eliminating these play deserts and bringing traditional play-to-learn activities to them and building that trust with residents who might not have accessed our programs in the past,” Jorstad added.

Be Active Gwinnett Program Supervisor Heather Shipman said the mobile unit also visits senior centers. Residents initially are “a little bit wary about getting up and moving, but once they see us having fun they’ll join in and have a good time,” she noted.

The program launched in August 2018 with part-time staff and interns. The county’s health and human services department donated the box truck to use as the mobile recreation unit and the county paid to add graphics to the outside of the truck.

Last year, Be Active Gwinnett brought on a full-time, dedicated supervisor. The county has also added a second vehicle, a van, to its fleet.

The initiative holds other events such as community health fairs, preventative screenings on the local level, a “yoga in the parks” series and others.

“We’re just trying to get people to be active,” Shipman said. “When we’re out there, we’re helping connect them to other resources that are available within the county.”

Marcelin said many families who come to one program follow the initiative to other events.

“It’s that continuing growth of making sure families consistently show up every single month and they’re coming out and they’re being active, and they see all of the programs that we offer for their young children and for themselves as well,” she said.

Shipman and Marcelin emphasized that it is easy to replicate a similar program by using volunteers and little equipment.

“There’s so many things you can do if you don’t have the actual vehicle,” Marcelin said. “You can borrow items and just get started that way and still get that movement going in your county.”

“I’ve seen the transition from ‘OK they’re not always excited about getting physically active’ but then they come out there and we make it fun and they will continue those healthy habits later in life,” Shipman said.

Gwinnett County’s Be Active Gwinnett initiative is the recipient of a 2019 NACo Achievement Award in the Parks and Recreation category.