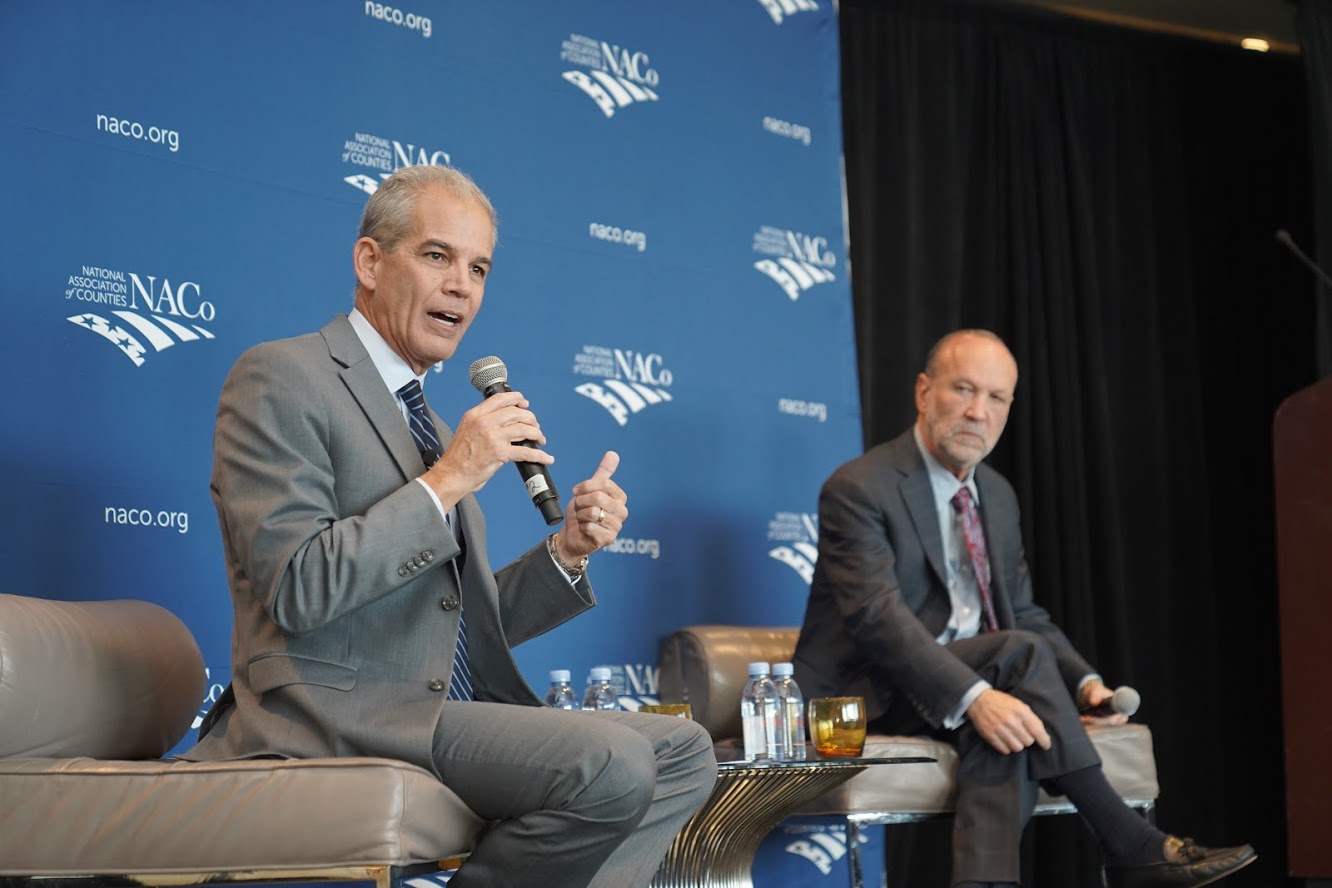 “In the late 1980s and early 1990s, we had a point in time, real count of homeless people on the street of over 8,000 people,” Former Mayor of Miami-Dade County, Fla. Alex Penelas said of the downtown Miami area.

Penelas, who served as mayor for eight years from 1996 to 2004 and served on the county’s board of commissioners for six years, and Ron Book, chairman of the Miami-Dade County Homeless Trust, spoke to county officials on Thursday during the 2019 Large Urban County Caucus (LUCC) Symposium in Miami-Dade County about the homeless crisis facing local governments.

Penelas said that the homeless situation in Miami was so concerning, a federal judge intervened and declared two areas of downtown Miami as safe zones.

“It was a severe issue. It was impacting our economy,” he said.

During this time, Penelas explained that there was no comprehensive way to address the homeless population until the involvement of the business community.

He credited Alvah Chapman, former publisher of The Miami Herald, who led an effort in the legislature to impose a dedicated funding source for individuals who were homeless. This started the process of creating the Homeless Trust, which oversees implementation of strategies to combat homelessness and celebrated its 25th anniversary this year.

Book said the Homeless Trust is governed by a 27-member Board of Trustees made up of a broad cross section of the community.

He advised county officials that local governments need a plan, leadership, money and a public-private partnership when it comes to addressing homelessness.

“If you fail to have those elements, you will fail in this business,” Book said.

When it comes to public-private partnerships, Pinellas said there has to be three significant players: the business community, service providers and the government.

He said the three-pronged structure “is the structure that’s worked for Miami-Dade County” and has served as a foundation for the structure of the Homeless Trust.

Book added that the trust has a marriage with the Department of Housing and Urban Development, a close relationship with the regional director and a partnership with the public housing office. He said the Homeless Trust has its own budget and its own procurement process. Procurement in the county is an average of 298 days, but only an average of 30 days with the trust, according to Book.

When it comes to dedicated funding sources, Penelas said the legislature allowed a 1 percent tax on the sale of food and beverages in restaurants that make over $400,000 in gross receipts annually. County commissioners unanimously passed the sales tax.

Penelas explained that the Homeless Trust has two entry points to the continuum of care through the Chapman Partnership, which runs two homeless assistance centers that serve as the entry points to system of care.

He said during a 40- to 60-day period, professionals can identify the reason why an individual is homeless, stabilize them and then move them out of the assistance center into a rehabilitative environment before graduating out of the system into some type of subsidized permanent housing.

“We have a mental health crisis epidemic in this community so we’ve got a growing number of homeless individuals who are mentally ill and we also have an affordability crisis,” Penelas said.

The Homeless Trust has seen a 90 percent decrease of street homelessness in the last 25 years, according to Book.

“Our community is committed,” he said. “Everybody is at the table and you have to keep them at the table.”