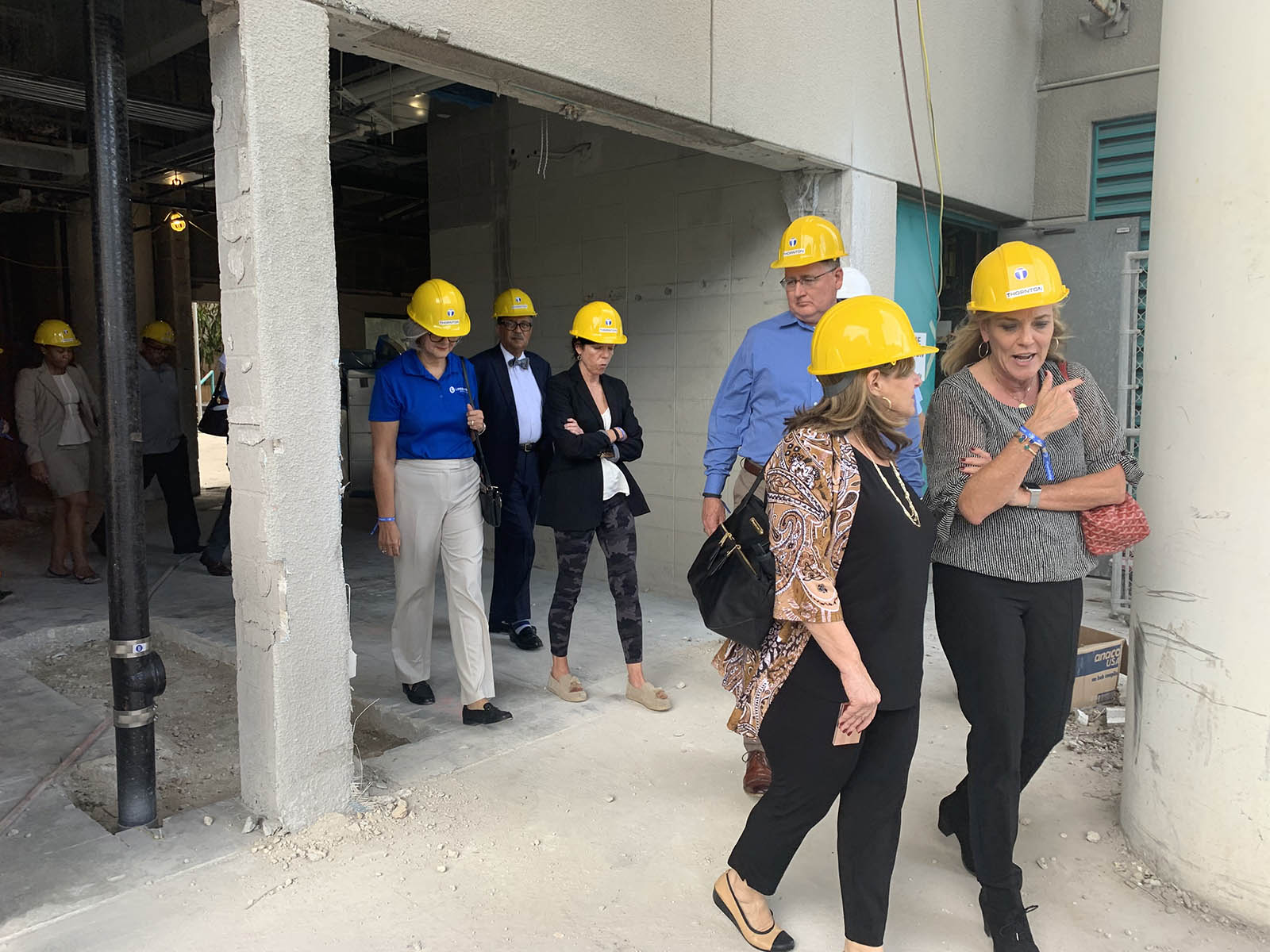 The concept for the Miami Center for Mental Health and Recovery began when the county passed a general obligation bond program with $22 million in the public safety sector to create a diversion facility for justice-involved individuals, said Tim Coffey, project coordinator for the Eleventh Judicial Circuit of Florida.

Coffey explained that Associate Administrate Judge of the Eleventh Judicial District Steve Leifman has had a significant influence in championing to find ways to divert individuals with mental illness away from jails.

A building that was previously the South Florida Evaluation and Treatment Center, which served as a forensic treatment facility, became available and the state leased the building to the county for 99 years for $1 per year. The $22 million is being used to renovate the facility.

Construction started for the 181,000-square-foot facility in May 2019. The facility will have 208 beds, 16 crisis stabilization beds for 3-5 day stays and 24 beds in short-term residential units for 90-day stays. The building will offer a wide variety of services including crisis stabilization, outpatient programs and transitional housing.

With a capacity to admit 1,800 individuals, the facility will have activity programs and the addition of a “living room,” a crisis respite center which will look like a residential living room. The facility is expected to open in March 2021.

The Miami Center for Mental Health and Recovery will provide resources to the most difficult and underserved populations in the county, specifically individuals with long histories of chronic homelessness, justice system involvement and hospitalizations, according to Coffey.

The building is centrally located with close proximity to the courthouse, Jackson Memorial Hospital and other services. Coffey said they are working on renovating the facility to make it more therapeutic and less institutional.

Law enforcement officers can bring individuals to the facility as a pre-booking diversion or individuals can arrive post-booking. Coffey estimates 20-25 people per day will be brought to the building.

With the new facility, Coffey said there is an anticipated annual cost avoidance of $8 to $9 million. Operational costs are estimated to be $3 to $4 million per year. Some existing funding will be re-purposed to pay for these costs as well as funding from Medicaid, state dollars, federal dollars and possibly local dollars among other sources, he said.

The building for the facility was leased from the state to the county and then subleased to South Florida Behavioral Health Network, also known as Thriving Mind South Florida, which is an administrative services organization. The organization is now overseeing the construction and will oversee the operation of the facility.

Miami-Dade County has established a Crisis Intervention Team (CIT) program as a pre-booking component in the jail diversion program.

The CIT brings together entities throughout the county including law enforcement, mental health providers, courts, the state and public defenders, according to Hopsy Caba, a CIT training coordinator.

She said police officers complete CIT training and police departments use CIT liaisons to ensure there is 24/7 coverage for individuals with mental illnesses.

With imitation being the sincerest form of flattery, county officials including NACo Immediate Past President and Tarrant County, Texas, Commissioner Roy Charles Brooks said he wants to take what he learned about the facility back home to try and replicate in his county.

“We’re here because we want to build a facility like this in Tarrant County,” he said.