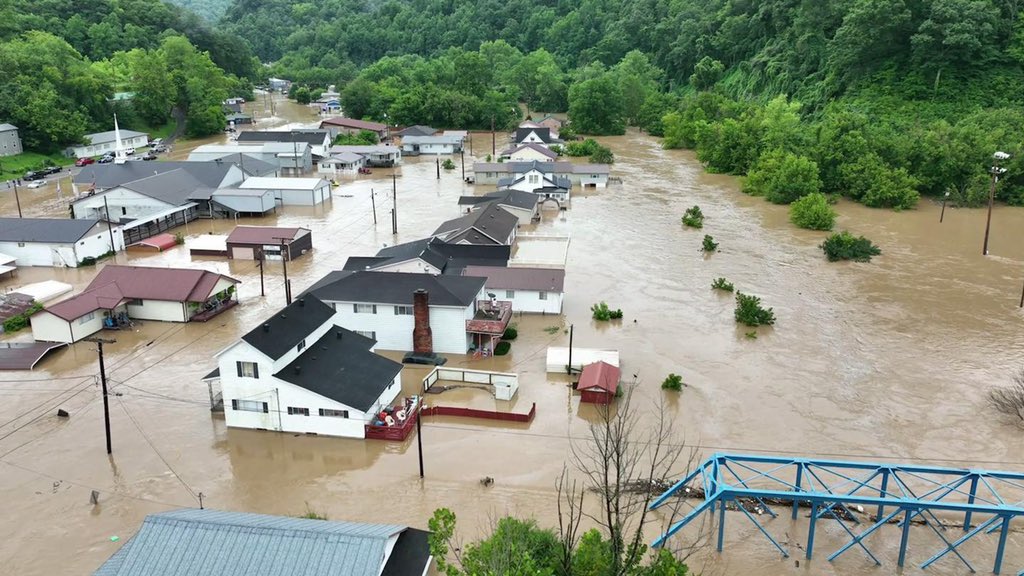 Counties in southeastern Kentucky continue to dig out after devastating flooding there that has killed at least 38 people. Rainfall measured in excess of 4 inches per hour and some counties saw between 14-16 inches of rain in four days.

Last week, President Biden and first lady Jill Biden toured the disaster zones, including Breathitt County, on the heels of Senate passage of legislation that aims to cut greenhouse gas emissions, which some say contributes to severe weather.

Floyd County Judge-Executive Robbie Williams said he appreciated the president’s visit, noting that it helps to keep the focus on the region. “He keeps it on the front page of the paper a few more days,” he told the Lexington Herald Leader.

“It’s just heart-wrenching, and again, this is where I was raised and grown up and I’m not just a judge to the county,” Breathitt County Judge-Executive Jeffrey Noble told local station WKYT-TV.

“I mean, I’m neighbors and friends, I personally know them, and it’s just tough to see them lose everything and life being lost, it’s just terrible.”

In Owsley County, Judge-Executive Cale Turner noted that “it’ll take some time, we’re not going to recover tomorrow, but we can recover from it and we will.”

County road crews were helping with cleanup; hot meals and shelter were being offered to displaced residents.

FEMA set up temporary centers to provide residents with disaster assistance and cooling stations were set up throughout the affected counties.