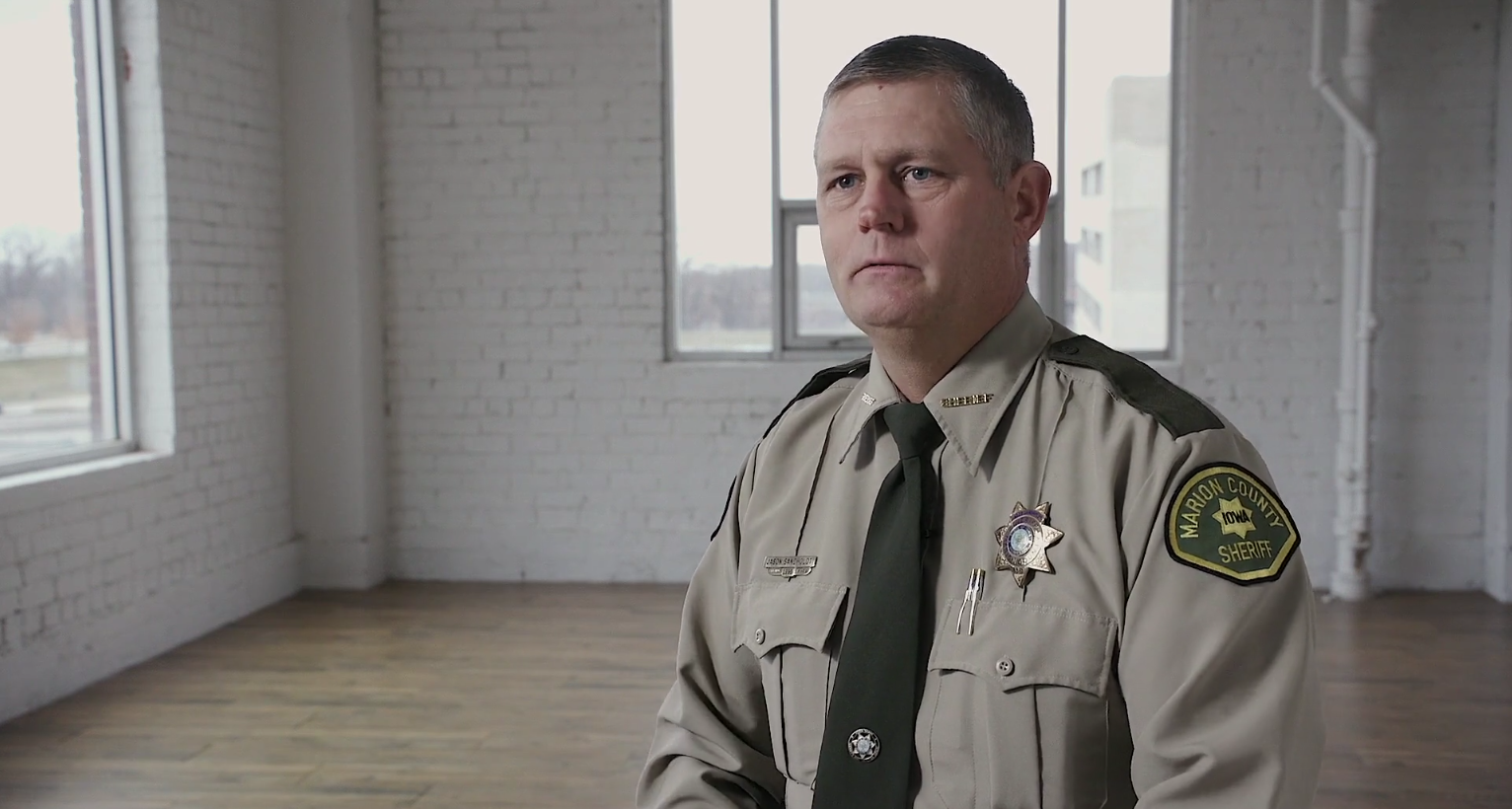 In order to filter by the "in queue" property, you need to add the Entityqueue: Queue relationship.
https://www.youtube.com/embed/3p5n-pYALQc

In the fight for long-term funding for mental health services, Iowa counties are recruiting supporters from the general public.

Mary Neubauer does it pretty well.

“Where can we go? Who can he see to get the help that he needed?” she asks about her son, Sergei, who died from suicide in 2017. “Most of the time they simply didn’t know.”

Neubauer is one of a handful of Iowans who appear in the Iowa State Association of Counties (ISAC) videos advocating for mental health funding. They have gone out to an audience that includes new Gov. Kim Reynolds (R), who retweeted one of the videos shortly after her inauguration.

Mental health advocates, county supervisors and sheriffs, such as Marion County’s Jason Sandholdt, pose tough questions to the viewer, which ISAC hopes will translate into pressure on the Legislature.

“What do you tell those parents right now? What do you tell them? That three years from now, we hope to have a better system for you?” Sandholdt asks. “You see these loved ones that are impacted and it just breaks your heart. We can do better.”

Iowa counties provide and pay for non-Medicaid services for mental health and disabilities, but since 2013 have been sorted into regional delivery systems. Their ability to increase funding, however, has been limited since 1996 and county property tax rates for the levy declined between 1996 and 2016 as property valuations increased. In some rural areas, where the population has fallen, regions have the money, but not enough service providers. In growing urban and suburban areas, the population increase outpaces regions’ abilities to generate funding.

“It hasn’t worked out that citizens are better off, and in some cases, providers aren’t being paid in a timely fashion, either.”

Last year’s gubernatorial race, however, opened up an opportunity. The topic of mental health, particularly in an agricultural state dealing with a challenged farm economy, frequently appeared early in speeches by both candidates.

“We knew it would be one of our top priorities and with a governor’s race last year that focused on mental health, we knew it would be a priority of the governor — whoever won the office,” said Rachel Bennett, ISAC’s member relations manager.

ISAC recruited members and residents to help form its message to the Legislature and the public in the video. The association brought in officials from each of the affiliates and groups to discuss what tone they were comfortable setting, the messages they wanted to convey, how they wanted to bring it about.

“We started by eliminating what we didn’t want to say,” Bennett said. “We didn’t want to bring guns into the conversation, we didn’t want to be passive. Everyone involved wanted to come out and say ‘We have to do this right now. We’ve been putting it off far too long, let counties do this, they want to take this on.’”

With complex background information on the issue, messaging was a challenge.

“The process of winnowing down the sound bites that you’re going to be sending out is very difficult,” Peterson said. “If I tried to explain everything back to 1996, they’re going to be asleep. So, we focused on making the message understandable, crisp, but having somebody walking away, remembering what they encountered from the message.”

“We wanted to focus on the term ‘investment’ because it’s not just asking for money, it’s asking for things that will be a true investment for the state of Iowa,” Peterson said.

Though ISAC and its video production contractor prepped the speakers with questions, they didn’t provide a script.

“We came up with questions to really get them to say in their own words what we wanted to hear,” Bennett said. “It was amazing to see people who had experienced all of this all say the same things that we wanted to say.”

The finishing touch tied the message back to the counties.

“We come back to the point — why are counties doing this?” Peterson said. “It’s because of people like Mary and Larry who are citizens of the county, and services we could provide would have led to a better outcome for Sergei. Counties need to be released from the restrictions so they can do their best for their citizens.”