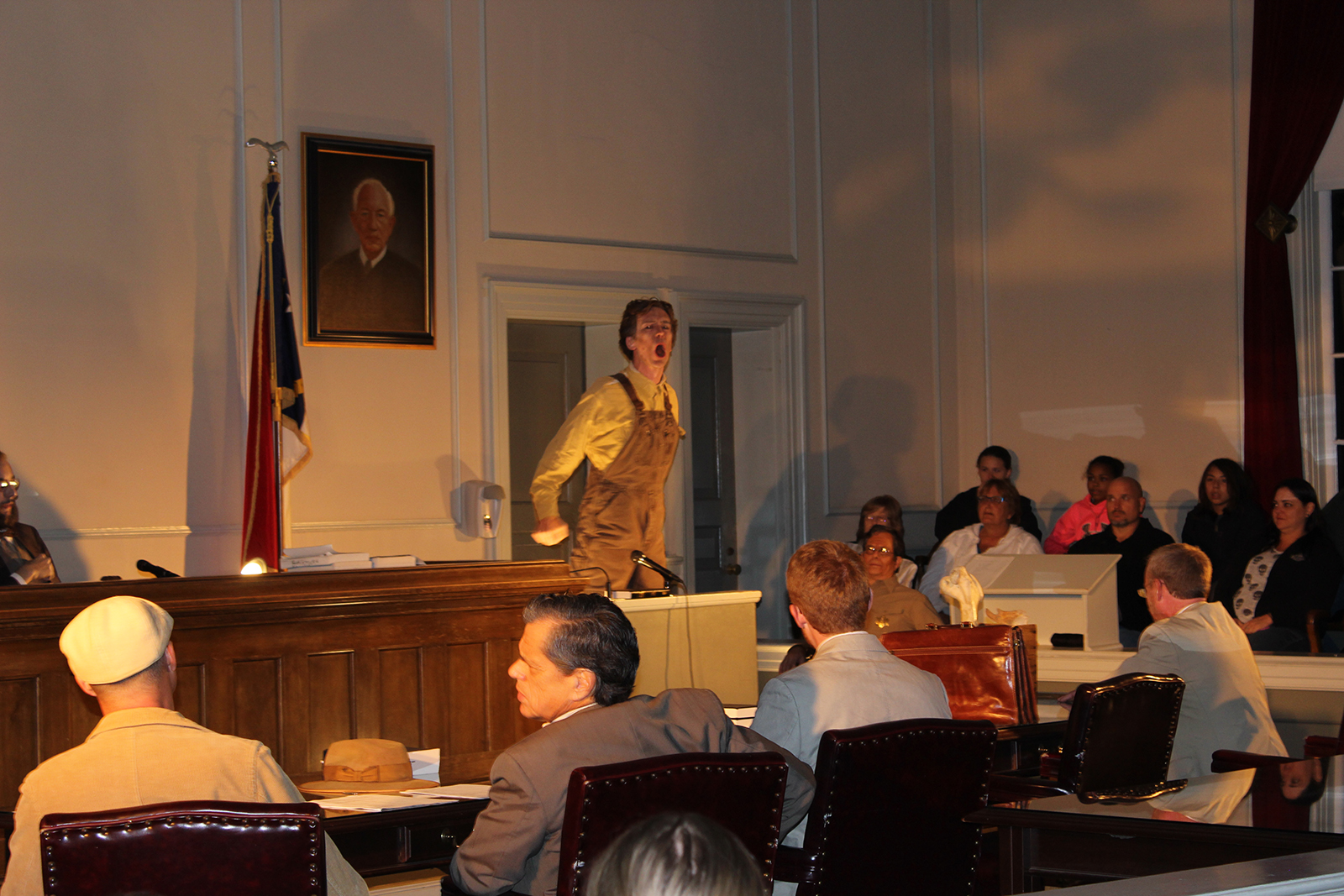 The staff’s conclusion was that the office, a floor below the county’s historic jail, was haunted. From there, Tourism Director Tammy Proctor saw an opportunity to show off the county’s collection of ghost stories and celebrate Halloween. “Nobody between Wilmington and New Bern was doing ghost stories,” Proctor said. “We have a wealth of stories in the county to tell.”

“Ghost Walk: The Ghosts of Pender’s Past” is the recipient of a 2018 NACo Achievement Award in the Arts Culture and Historic Preservation category.

Does your county have an innovative program that improves county government and enhances services for county residents? Apply for the 2019 Achievement Awards!

Pender County’s atmosphere has been convincing enough to serve as the setting for a few scary movies, including 1985’s “Silver Bullet” and 1997’s “I Know What You Did Last Summer,” which adds to the county’s spooky bona fides.

What became “ghost walks” started small in 2016, with a walk around the county’s courthouse square in the county seat of Burgaw. A series of 10 stories built to a finale in the courthouse, with a retelling of a murder that involved a victim’s cremation that year.

“It had a ‘trial of the century’ atmosphere at the time,” Proctor said. “It was really exciting, my favorite part of the ghost walks.”

“We try to walk a fine line between being creepy but child friendly,” Proctor said. “That feeling when you’re a kid where you’re telling scary stories — you know they aren’t true but you want to look under your bed anyway? That’s what we’re looking for.”

The actors for the vignettes come from residents and students in high school drama programs.

“We don’t have a community theater program here, so this became an opportunity for people to act in the county,” Proctor said. “The county is more than 900 square miles, but this is something that brings everyone together.”

The tourism department has contributed $1,000 in props, set materials and marketing, but the proceeds are split among the historical societies and arts council. And there have been plenty of proceeds, because the five showings over two years have all sold out — the single 200-person walk in 2016 and four walks, selling 800 tickets, in 2017 spread over two days.

“Having sellouts has been exciting,” Proctor said. “People enjoy what we’re doing, and the ghost walks encompass our culture, our history and the arts, so it’s a real reflection of Pender County. By the end, we just end up letting people cram in so they can see the finales.”

The first tickets for the 2017 show were sold to a North Carolina family who live far away from the county, outreach that validated Proctor’s tourism efforts. “That’s our goal as a tourism office, to bring people here,” she said. The ghost walks will take a break in 2018, however, following Pender County’s battering and flooding thanks to Hurricane Florence a few weeks before and a packed calendar that is making rescheduling problematic.

“It was a hard thing to do, cancelling this year,” Proctor said. “Now (with a few days before Hurricane Michael made landfall) it’s looking like a smart move.” This year’s cancellation will, however, give the crew more time to refine the scripts, props and technical aspects of the walks.

“We’ll be able to give 100 percent next year, rather than just managing to make it work,” Proctor said. “When we come back next year, we will have had a chance to enhance what we were planning. This has become a major event for us, and we’re going to make it worth the wait.”