Greene County, Pa. calls itself ‘the most haunted county in America’ 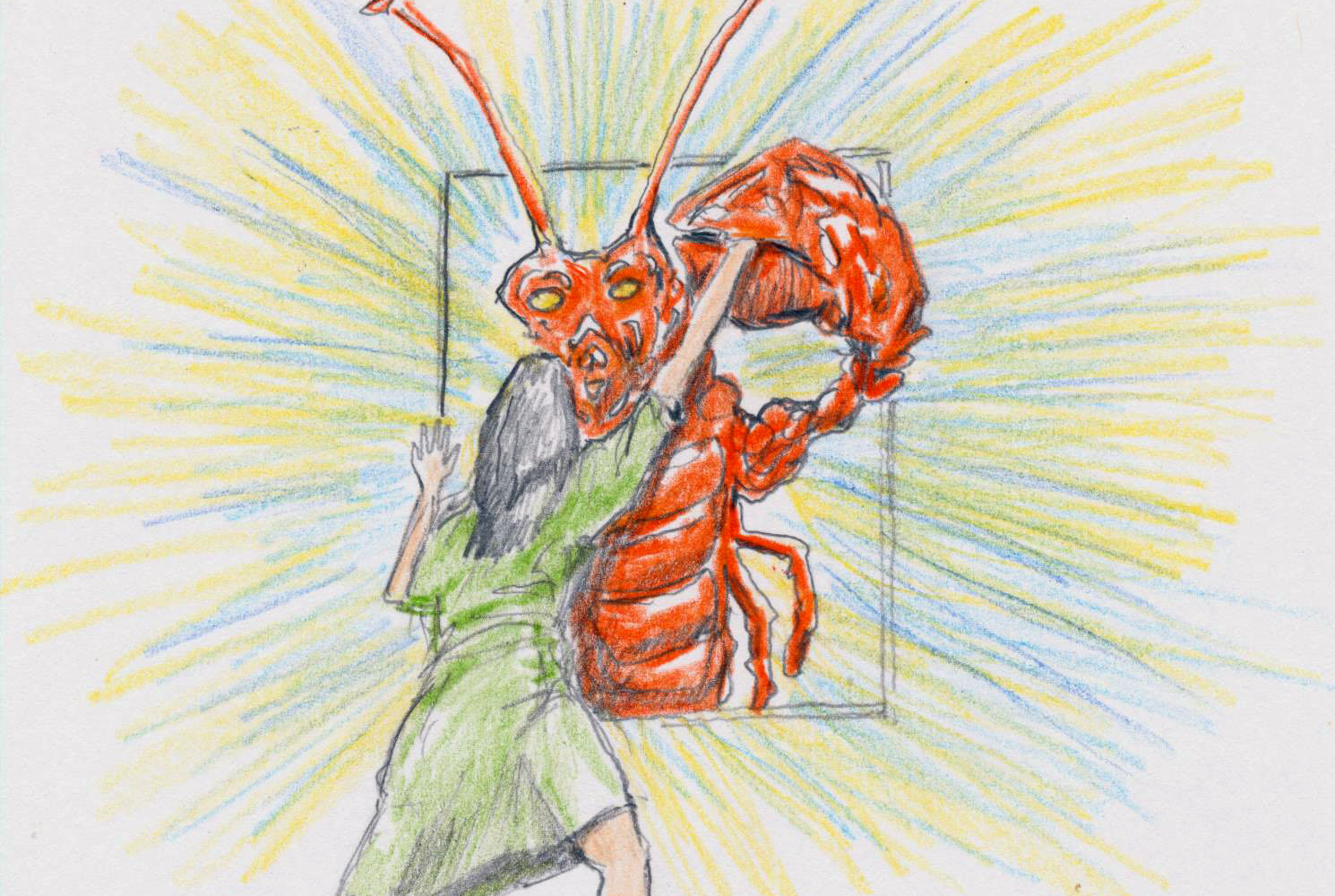 An artist's conception of a Greene County, Pa. woman's 1977 supernatural encounter that started out as a vivid dream but ended up with real bruises on her arms, just an example of the paranormal activity she encountered in her youth.

While Greene County, Pa. is home to bucolic streams and rivers and lush rolling hills of farmland, its convention and visitors’ bureau also tells its visitors about another side to the county, that “underneath is …  a supernatural reality brimming with ghosts, aliens and unknown creatures.”

Bigfoot, UFOs, shadow people, a lizard man, haunted houses and a giant lobster-like creature that abducts people — Greene County, Pa. has it all, making it allegedly the most haunted county in the country.

Psychic medium and Greene County native Kevin Paul has written two — soon-to-be three — books on paranormal activity in the county. He said he experienced his first unexplained encounter when he was 5 — when he saw an apparition made of light in his bedroom — and has seen entities on and off since.

Paul found that most of the locations in the county that had paranormal activity reports are Native American burial grounds or documented places of combat between white settlers and Native Americans. Other spots with famously bloody histories, like Gettysburg, are also well-known in the paranormal community as being extremely haunted.

Rosemary Ellen Guiley, who was considered to be a leading expert — or as Paul put it, a “rock star” — in the metaphysical and paranormal fields, co-wrote the first book in the series, “Haunted Hills and Hollows: What Lurks in Greene County Pennsylvania.” Paul invited Guiley to come investigate the paranormal activity in the county after hearing her on a radio talk show, prompting Guiley to visit Greene County and dubbing it the “most haunted county.”

“For someone like her to come here and say, ‘Mile per square mile, there’s more activity in Greene County than a lot of these more well-known places’ — it was kind of a big deal, and that’s what got us put on the [paranormal] map,” Paul said.

“You know you try to debunk it and you can’t, so you just kind of put it into the category of ‘supernatural.’”

In 1977, a Greene County woman had a supernatural encounter that started out as a vivid dream.

“Some bizarre-looking creature that sort of looked like a lobster, but also had lobster claws instead of hands at the end of its arms, had reached out and dragged her from the bed, and was trying to drag her out the window like they were going to abduct her,” Paul said.

“So, she had what she thought was this really freaky dream, but when she woke up in the morning, she was laying in the middle of the bedroom floor and her arm in the dream that the creature had a hold of had turned black and blue, like something actually had grabbed her.”

The woman, who was given the pseudonym Sherry by Paul, was 14 when the incident happened, and she said she experienced a lot of paranormal activity in Greene County in her youth, particularly on her farm.

“It was weird because that time period where I grew up, we saw lots of alien ships, a lot of lights in the sky, a lot of unexplained activity, from the time I was little,” Sherry said. “But that one left a mark in my memory because it left a big bruise around my elbow.

“I was scared, but I was curious. We had experienced so many strange things at the farm that it kind of became part of my life.”

“At the Greene County Historical Society, we were able to catch a series of lights in the air close to the ground out behind the barn that we’d tried for a couple of years to get debunked,” Paul said. “Even the camera manufacturer mentioned the word UFO — it appeared to be a row of flying lights. It used to be the county poor farm, so it’s fairly active, but there’s a lot of non-human activity there.”

Paul said that there were also entities inside the historical society that they used traditional Appalachian dowsing rods to communicate with through “yes and no” questions.

“During the night, the camera caught the exit light in the hallway coming on in a circuit that at the time had no electricity in it,” Paul said.