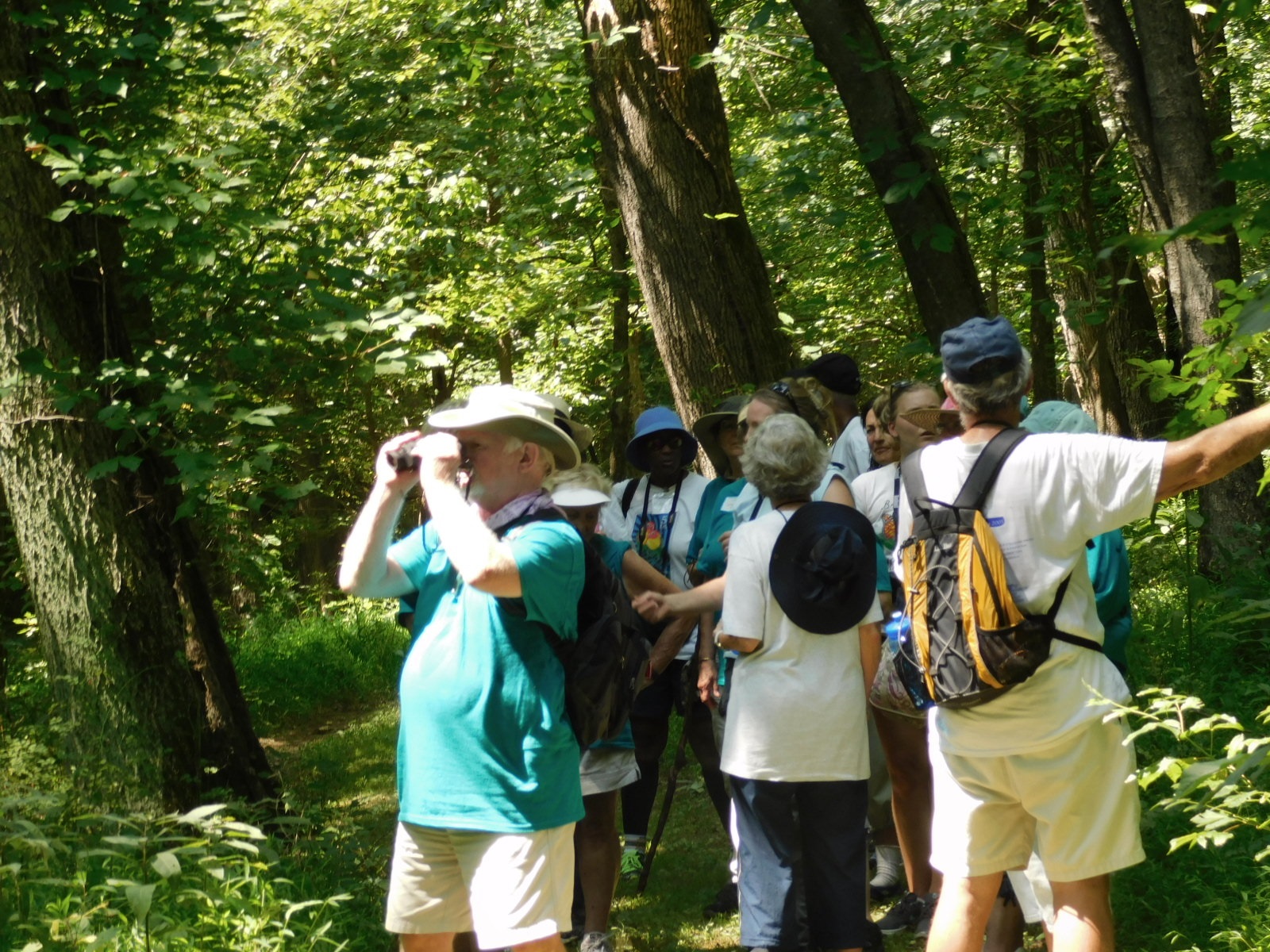 In order to filter by the "in queue" property, you need to add the Entityqueue: Queue relationship.
Loudoun County, Va. showed that summer camp wasn’t just a place for kids to be active and make new friends, there’s also a lot of interest from older residents.

Yelling “bingo” has a different meaning for this group of seniors.

It’s probably someone making a joke because they saw a Palm Warbler, a Scarlet Tanager, a Brown Thrashers and a Red-bellied Woodpecker.

That, and a free space. They’re meandering around Loudoun County, Va.’s Banshee Reeks Nature Preserve as part of the county’s Senior Adventure Camp, which offers a four-day schedule of activities for adults ages 55 and up.

“A lot of our participants never did summer camp when they were kids,” said Deborah Williams, the county’s senior services manager.

“A lot of them also have never been out to the nature preserve. It feels like it’s out in the middle of nowhere even though it’s pretty close.”

Drawing inspiration from a commercial trend in adult summer camps, the Loudoun County Area Agency on Aging and the county’s parks, recreation and human services department got to work planning their own hybrid program to offer an active social outlet for their seniors.

The county’s pairing of parks and recreation and human services proved prophetic and has made planning simple for the three years the county has run the camp.

“We asked what kind of camp we want to have, and it just made sense to use one of our county parks,” Williams said.

Most importantly, the county wanted to provide a fun activity for the county’s seniors to combat social isolation and its effects on their quality of life and health. Research by the National Institutes of Health has linked social isolation and loneliness to higher risks of high blood pressure, heart disease, obesity, a weakened immune system, anxiety, depression, cognitive decline, Alzheimer’s disease and death.

The Administration for Community Living’s Administration on Aging of the U.S. Department of Health and Human Services found that about 28 percent of older adults, or 13.8 million people, live alone, but many of them are not lonely or socially isolated while at the same time, some feel lonely despite being surrounded by family and friends.

The report found wide variation in the risk of social isolation among seniors within states, with high risk areas in the Central South, the Southeast Atlantic coast and parts of Texas and New Mexico.

Colorado showed the greatest variation in risk of social isolation between the top and bottom 20 percent, and Iowa and Vermont showed the least variation.

The most common drivers of social isolation are widowhood, divorce or separation, poverty, disability or having never married.

Although the Health Rankings report highlighted technological innovations, particularly the internet, for encouraging communication among seniors, those 20 or so Loudoun County seniors every year are meeting new friends and staying active.

“Banshee Reeks has a naturalist,” Williams said. “I pull in the people; she puts together the program.”

The roughly 700-acre preserve incorporates grassy paths throughout, bodies of water, vegetation and wildlife. It also offers a meeting room that can play host to the guest speakers who start off each day’s programming and provides respite if the August heat wears campers down.

The county transports participants from a senior center by school bus.

“Sure enough, they’re singing songs on the rides back and forth,” Williams said. “That’s how you know they’re having a good time.”

The inaugural camp in 2017 coincided with the total solar eclipse, which was preceded by a scientist’s lesson about astronomy. Biologists, botanists and ornithologists lecture on the specialties, and lepidopterists top that off with their knowledge of butterflies.

“We have a lot of retired professionals who have spent a lot of their time in their field, but this is a chance for them to learn some new things that might have gotten lost in their adult lives,” Williams said. “They didn’t have the time to learn bird calls or find bugs. Now they do.”

It’s not all learning. A ride in a wagon full of hay bales harkens back to time on the farms that once dominated an urbanizing Loudoun County.

One of the camp’s four days includes a catch-and-release fishing trip.

“You should hear them whooping it up fishing,” Williams said. “It’s a time they can really make some new friendships.”

The camps also feature a “pollinators’ lunch,” to drive home the importance of all of the plants that bees pollinate.

Outside of the summer camps, Loudoun County maintains a more traditional network of “well and active” senior centers, all of which emphasize social interactions and lifelong learning, often with a nod toward maintaining and building relationships. And serving a hot lunch.

“We have seniors who come in every day, or a few times a week,” Williams said.

“A lot of the time, you see people who wouldn’t have met otherwise becoming friends. I’ve seen a lot of great friendships formed at our senior centers.”