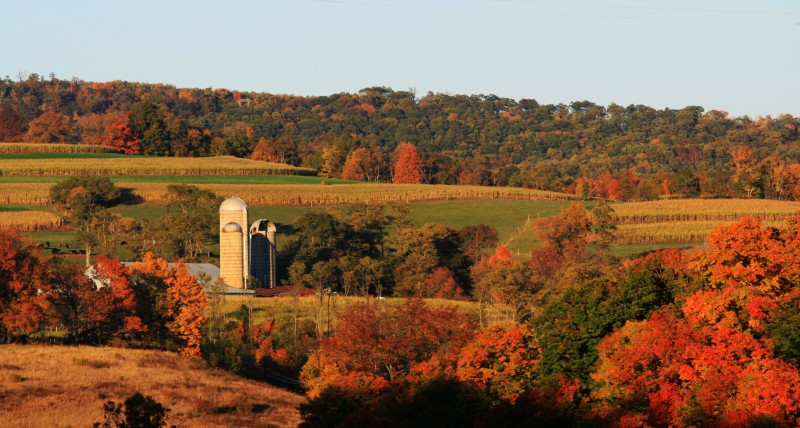 Garrett County, Md. lies in the westernmost part of the state in the Allegheny Mountains and averages 46 people per square mile. It is an internet dead zone.

“These people have lived here for generations, before the internet was a thing,” said Nathaniel Watkins, the county’s chief information officer. “It’s not like they’re actively choosing not to have it, the world has changed around them … they can’t compete, their kids have to go to McDonalds to do their homework, it’s a real problem that we’re facing.”

Some of the roadblocks to getting broadband? “We’ve got rocky soils, it’s pretty rugged terrain, it’s not easy or fast to get service to people here without some help,” said Cheryl DeBerry, who serves as the rural broadband project coordinator for Garrett County Economic Development.

After receiving $50,000 in funding from the Appalachian Regional Commission last year, the county matched that and hired a consultant, “to help us figure out what to do,” DeBerry said. They used the competitive bid process to attract a private company, Declaration Networks Group (DNG), to get wireless broadband to residents and later the commission kicked in more funding for design, engineering, equipment and installation.

DNG was able to use county and state-owned property to locate equipment needed for wireless internet. “If it doesn’t make sense [to internet service providers] to expand, what can we do? Give them access to our rights of way,” DeBerry said. In addition to state and county-owned property being used to locate equipment, the company also checked to see if they could locate wireless equipment on structures owned by residents who lived in an area where neighbors were clamoring for service.

“The wireless side depends on your neighbors,” said Watkins. “It’s very much neighbors helping neighbors.”

“Our private partners basically field calls from people looking for service,” he said. “Oh, you’re behind the Walmart, and you want service?”

The next call might be to someone in a location that works as a hub for telecom equipment. “Do you mind if we get service to your neighbor by putting something on your building?” That “something” is usually wireless equipment in the 5Ghz spectrum (not to be confused with 5G).

Today, DNG has 600 customers and is adding about 50-70 new customers per month.

In addition to wireless internet, parts of Garrett County are also being wired for broadband “We’ve been working with local providers as well,” Watkins said.

“We’ve been working with Comcast specifically to get connectivity to several areas. About a year ago, we did a pilot program with them.”

The pilot program consisted of cooperation between the county and Comcast when it came to digging. “Doing the underground work — digging trenches to lay down wires, was the biggest hurdle for Comcast,” Watkins said. “We said ‘Hey, if we’re willing to dig the ditch for you guys…” And that worked. It turns out, that’s a big expense. We said we’ll dig the ditch if you give us our own conduit to use and let other ISPs use it as well. We dug the ditch. They gave us two sets of conduit, one for their use, one for us. It all started with us showing we’re willing to work with them.”

Comcast was able to add about 45 customers and several small businesses, who previously had no service options at all other than satellite. Since then Comcast, the largest home ISP in the country,  is expanding service, on its own dime, to bring service to about 200 more homes.