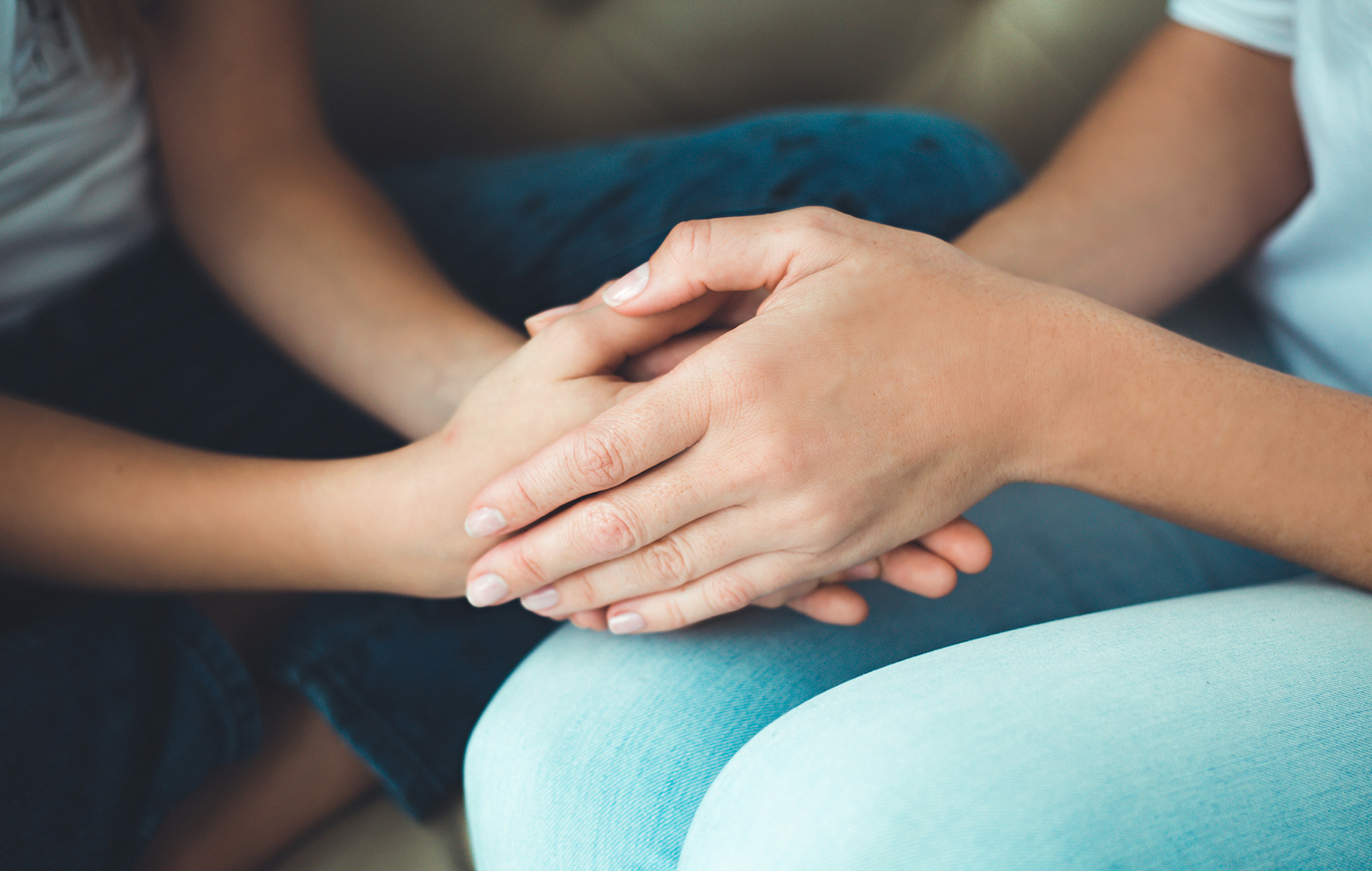 In order to filter by the "in queue" property, you need to add the Entityqueue: Queue relationship.
Recruiting foster families remains a challenge, so having high-profile allies helps the effort to spread the word.

Rappahannock County, Va.’s foster care system was out of sight for most of the rural community.

And it was easy to see why: For most of the last few years, the county had just one family willing to take in children. As a result, roughly two dozen children at a time who had to be removed from their homes would be sent to live hours away, in Richmond, Roanoke or Fredericksburg, places with more foster homes than a rural county of 7,300.

So, Jennifer Parker, Melissa Cupp and members of the county’s newly formed foster care task force fanned out in January 2019, talking to anyone who would listen.

“We spoke at the pulpit at almost every church in the county, we spoke at Sunday school,” said Parker, who is the county’s director of social services. “We went to the Lion’s Club meetings, we went to the garden club meetings. Anywhere we could be heard.”

It was a full-court press to raise awareness of the county’s need for foster parents. Virginia is one of nine states in which counties administer child welfare services. Three states share administration duties with their counties.

The Chronicle of Social Change found that more than half of the states have seen their foster care capacity decrease between 2012 and 2017, but the report doesn’t blame that shortfall on complacency, noting that several states say their capacity declined despite efforts to increase it.

That makes recruitment strategies crucial to success. For Rappahannock County, that meant defining the problem, opening the doors for prospective foster parents and keeping recruits engaged beyond their initial interest.

“The key is not asking people to foster but asking them to work on the problem,” said Cupp, a juvenile and family judge whose district includes the county. “Even if they can’t foster children, maybe they know someone who can. That spreads the message through their networks.”

Those networks would then carry news of the reality of that housing shortage.

“We have to take children from their rural homes, where they are comfortable, and take them hours away to a city where they can find someone to take care of them,” Parker said.

The majority of Rappahannock County’s foster children need care because of a parent’s substance use disorder, Cupp said. In addition to whatever neglect the child has suffered, another dramatic transition, like moving hours away, just adds to the challenges the children face.

The task force wanted to move fast and not lose recruits in transition.  An early February date kept the foster parents’ orientation session on people’s calendars during the January blitz, and 15 people showed up. Adam Starks, an author and Rappahannock native who grew up in a foster home in nearby Culpeper County, told attendees about his own experiences in the system. He wrote a book, Broken Child, Mended Man, about his experiences. That helped retain participants for the March training classes, which produced a class of eight new foster families.

“Eight families is a huge number for us,” Parker said. “If I would have gotten two families, I would have been thrilled.”

On top of full-time foster parents, the county maintains a roster of foster grandparents, who can relieve foster parents or even serve on an emergency basis, in case children are removed from their families in the middle of the night.

“We have a lot of ‘snowbirds’ who can’t commit year ‘round but want to find a way to help,” Parker said.

She and Cupp attribute the county’s success to the thoroughness with which they recruited prospective parents. When they launched a scaled-back campaign in the spring of 2019, it wasn’t nearly as successful. They’ll go back to the old playbook in the fall as they aim for at least three new foster families to bring the county’s total to 12.

Cupp said breaking the preconceptions that foster parents need to be two-parent households helped encourage more people to consider it, but she also stressed the need for cultural awareness among foster parents.

“I grew up at a time when there was an emphasis on being color blind and treating everyone exactly the same,” she said. Starks’ presentation “opened my eyes to the cultural references you’re expected to have in your community. If you don’t have a parent who can teach you that, you’re going to have a difficult time fitting in.

“You don’t necessarily have to have foster parents of the same race,” she noted, “but you need to be aware of how to navigate the cultural markers and prepare children for them.”

Lawrence Weekly considers himself a walking billboard for the foster care system. When the Clark County, Nev. commissioner meets the public, he encourages them to consider becoming foster parents.

“Everywhere I go, I talk about it,” he said. “But there’s a stigma on both sides we need to forget about if we want to do what is right for kids. I’m all about staying close to your roots, but if children don’t have a heathy environment, we need to move them to one.”

That’s where his own roots come in. Born into Nevada’s state foster care system, Weekly was adopted when he was nearly a year old, but didn’t know he wasn’t living with his birth family until he overheard his grandfather mention it when he was in elementary school.

“I didn’t know what adopted meant at the time, but I knew it wasn’t good,” he said. “I thought that if I ever got in trouble, my mom could take me back to the adoption people. I lived in fear and embarrassment.”

He didn’t come to grips with his own background or talk about it until decades later, when he was elected to the county commission.

At the event, he spoke to the children, telling them he was one of them, which a newspaper reporter noted and included in his story, inadvertently “outing” Weekly. That forced him to confront the decades of shame he said he experienced and come out as an advocate for the system. “I can either be bitter, or I can make lemonade. I’m not going to walk around with a sour face,” he said. “I use experience and my platform as an elected official to be a voice, because too many foster kids grow up in silence.”

He acknowledged challenges when he talks to prospective foster families.

“There is difficulty placing multiple children, some people can’t take them all and they don’t want to divide a family,” Weekly said.

“And after the kids are 12, they’re not considered ‘cute,’” and people express concern about the added emotional turmoil that comes with adolescence.

Tyler Massey was 22 when he decided to get a foster care license. He was a few years away from winning his first term as Hidalgo County, N.M. treasurer and serving as president of the New Mexico Association of Counties 2015-2017.

“I had room, so I opened my house to them,” he said. “Our newspaper would print a story every week about a child waiting for adoption and that caught my attention.”

Massey sees trepidation from prospective foster parents who ultimately pass on it. They worry about the disruption on their home lives or fear getting emotionally attached to the children and then having to let them leave.

“The public in general would be more apt to open their homes to foster children if the conversation focused on providing safe, temporary housing,” he said.

“I never took in a kid hoping they would stay with me because I knew my job was temporary,” he noted. “You need to understand the process may not be permanent, and our goal is for the family to be together. I’m just giving children a safe place to live until things improve at home.” Living in a small rural county of about 4,600, Massey said everyone knew he was a foster parent.

“People can show up at your house, wanting to see their kids and they know it doesn’t work that way,” he said.

“You go to the grocery store and run into their birth family. You have to have that finesse to make sure everyone knows it isn’t personal.”

Massey ultimately let his license lapse in 2017, but it wasn’t for lack of use. He fostered 32 different children over six years.