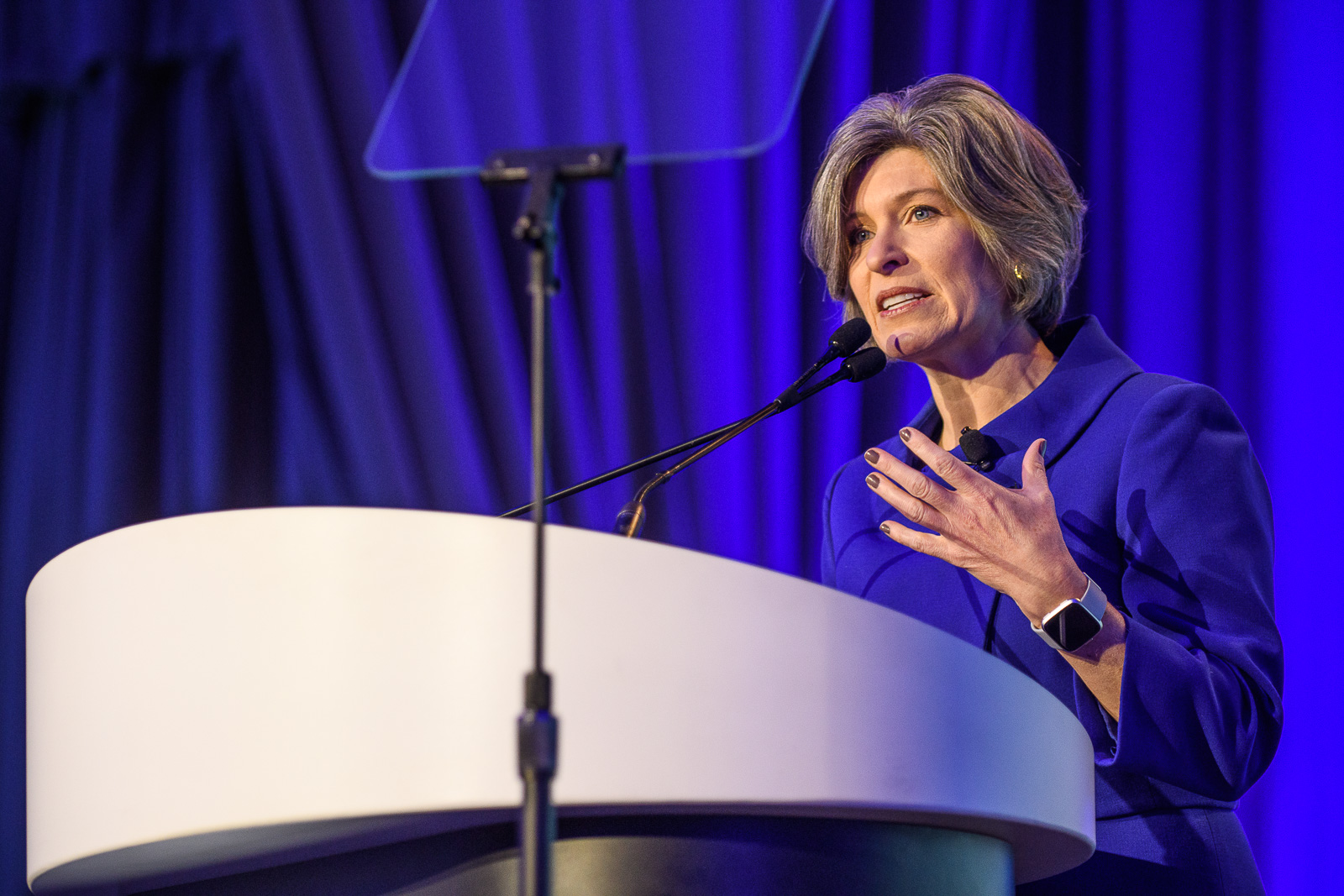 In order to filter by the "in queue" property, you need to add the Entityqueue: Queue relationship.
Sen. Ernst relies on feedback from #counties, regard for local control in Senate decision making

Sen. Joni Ernst (R-Iowa) has not forgotten her county roots as the Montgomery County, Iowa auditor, a role she held 2005-2011.

“Much of what I learned and experienced as a county official has informed my work in the United States Senate,” she told the Opening General Session audience. “Perhaps most importantly, working as a county auditor gave me a true appreciation for the importance of local control.”

That county feedback and focus on local control motivated Ernst’s sponsorship of a joint resolution in 2015 to rescind the Waters of the United States of the Clean Water Act, a thorn in county governments’ sides for years.

“When I’m looking at a policy issue in Washington, my first thought is ‘what do the folks on the ground have to say about this particular issue.’ I rely on local officials across Iowa to give me the information and feedback I need to make informed decisions.”

She supports policies that delegate as much authority as possible to state and local governments.

“It’s not important only to listen to you but also to empower you,” she said.

Ernst also wants to see more diffusion of federal government throughout the United States, and introduced a bill that would move executive branch agency headquarters out of the Washington, D.C. area.

“This would bring good government jobs to different parts of the country and it would also result in more sensible policy making,” she said. “We would love the opportunity to compete for some of these headquarters, and it just makes sense. I don’t know know of too many farmers and ranchers in the  D.C. Metro area. It would be great for them to move out into the states that they represent.”

Ernst lauded President Trump’s effort to bring county officials to the White House over his first two years in office.

Echoing her senior colleague Sen. Chuck Grassley (R-Iowa), she visits each of the state’s 99 counties every year, though she has a while to go to match Grassley’s 38-year streak