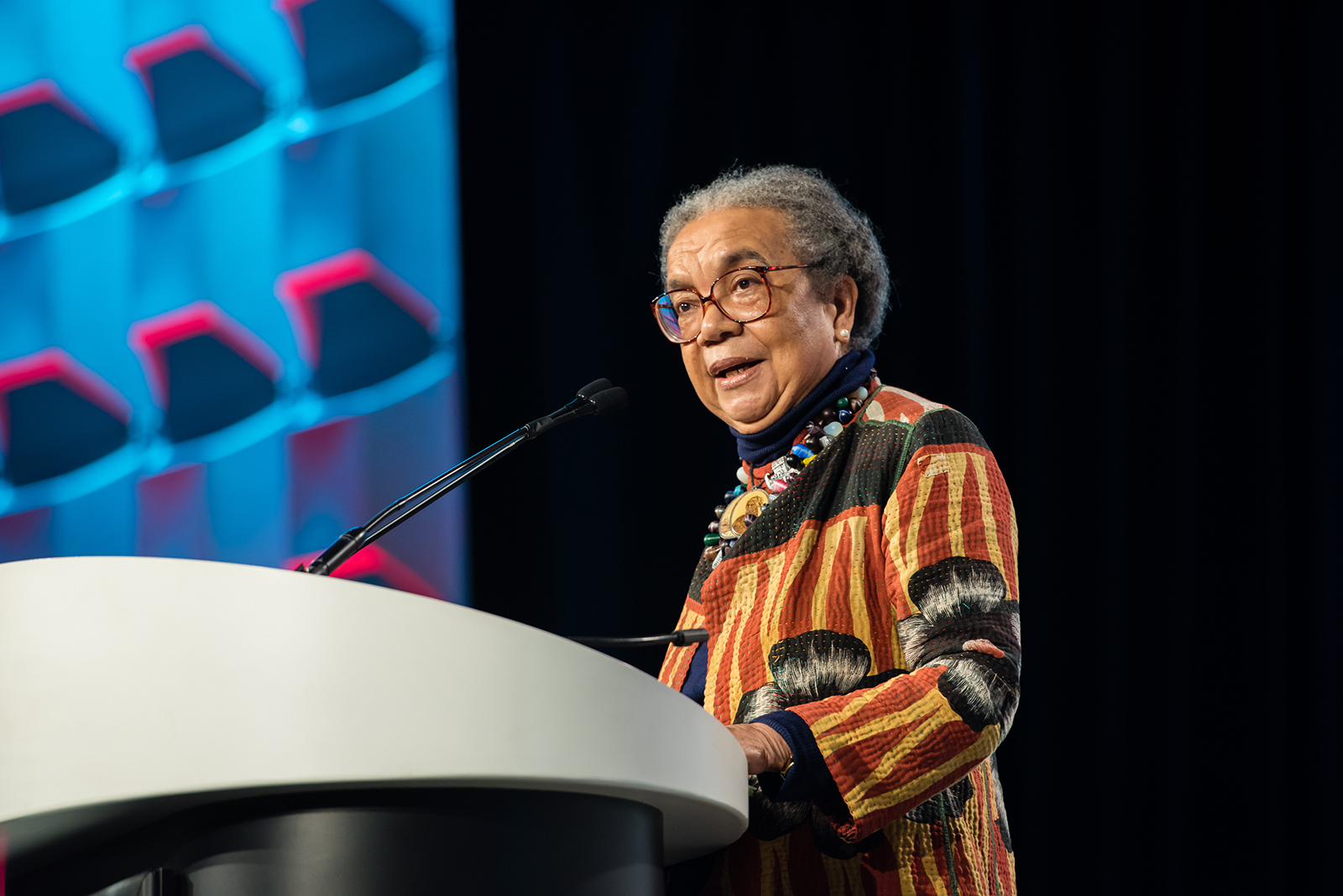 In order to filter by the "in queue" property, you need to add the Entityqueue: Queue relationship.
Marian Wright Edleman says counties have the money and leadership capacity to help end childhood poverty, encourages them to add Children's Defense Fund Freedom Schools programs to their schools

Urging NACo members to join her in a fight to end childhood poverty, activist Marian Wright Edelman said counties have the ammunition to fight the battle.

“You all have the money, the leadership capacity — I hope you will join us,” she said in her keynote address July 16 at NACo’s Annual Conference in Davidson County, Tenn. “Change has to come from the bottom up.”

There are about 14 million children in the United States living in poverty, the Annie E. Casey Foundation reported last month.

Calling her “truly a living legend,” NACo Immediate Past President Roy Charles Brooks introduced Edelman, who, he noted, began her career as the first black woman admitted to the Mississippi Bar.

In 1967, then a civil rights lawyer, she took Sen. Robert Kennedy to the Mississippi Delta to investigate reports of extreme poverty and hunger. In her speech, she noted the 50th anniversary of the Poor People’s Campaign, founded in 1968 by Martin Luther King Jr. and carried out after his assassination. The actions eventually led to reforms in the nation’s food assistance programs.

More than five decades later, she’s still at it. “We need to finish that work,” said Edelman, 79, president and founder of the Children’s Defense Fund. “You have real power and real resources — we’re going to end child poverty.”

She encouraged county officials to seek out partners to add the Children’s Defense Fund’s Freedom Schools to their communities. The schools provide summer and after-school reading enrichment to children who might not otherwise have access to books.

“Kids need hope, they need role models,” she said. “I hope you’ll look at this and run them in your counties.”

Edelman encouraged counties to join her in a “strategy session” on how to end poverty, after the Children’s Defense Fund publishes a childhood poverty report, expected out soon.

“We need to create a sense of urgency to save our babies,” she said. “We need to keep our common and moral sense and not make children the victims. We’ve got all the power in this room we need.”

“Let me encourage you to plant the seeds of hope,” she said. “In the next 30 to 60 days, let’s start planting some seeds.”