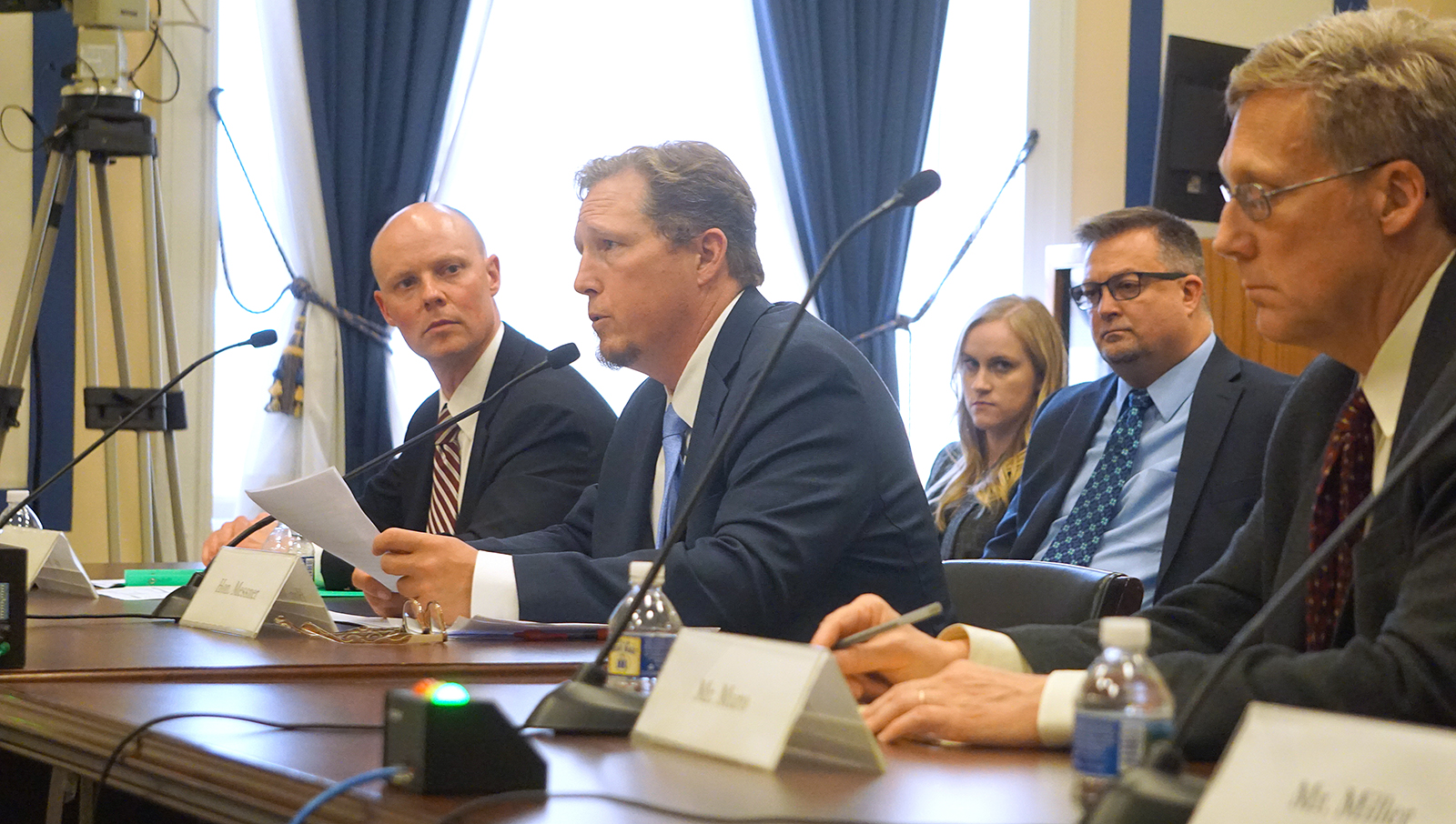 Gunnison County, Colo. Commissioner John Messner testifies April 9 on behalf of NACo on the importance of the U.S. Economic Development Administration before a House subcommittee. Photo by Chris Wathen

In order to filter by the "in queue" property, you need to add the Entityqueue: Queue relationship.
Gunnison County commissioner John Messner comes to the EDA's defense in the face of the president's budget request, which eliminates funding for the agency

As President Trump targets the Economic Development Administration (EDA) for elimination in his 2020 budget proposal, counties are touting the Commerce Department agency as a boost to local economies.

“I have seen firsthand the difference EDA can make in mitigating the economic downturn and in supporting efforts to create a stable and diversified economy in Gunnison County,” said Gunnison County, Colo. Commissioner John Messner. He discussed the EDA’s role in economic development and recovery April 9 before the U.S. House Transportation and Infrastructure Subcommittee on Economic Development. Messner, who serves on NACo’s Environment, Energy and Land Use Policy Steering Committee, testified on behalf of NACo.

With a $300 million annual budget, the EDA helped create and retain more than 275,000 private sector jobs and attracted more than $39 billion in private investment in the last six years, according to Rep. Dina Titus (D-Nev.), who chairs the Subcommittee on Economic Development.

Gunnison County and neighboring Delta County long relied on the coal mining industry and have faced negative economic impacts from coal mine closures, resulting from competition with natural gas production. Of four operating coal mines in the area, three shut down, leaving one that still operates. More than 1,700 jobs were lost.

“EDA’s engagement, financing and support have been integral to our economic revitalization following the coal mining industry downturn,” he said.

The EDA's $650,000 grant allowed the county to create an innovation center, “The ICELab,” which stands for the “innovation, creativity, entrepreneurship” lab at Western Colorado University. Titus added that the EDA should look into additional ways to bolster university partnerships for economic development opportunities.

The ICELab gives local businesses and entrepreneurs a space to collaborate, compete for funding and have access to a work space. The lab has generated entrepreneurial success stories, such as the development of hardware equipment for the fire-fighting industry and the development of an invention that automates irrigation water pipelines on farms.

“These businesses have created new jobs, diversified our economy and filled a much-needed gap,” Messner said. The ICELab leveraged other state and local funding opportunities for the county, encouraging entrepreneurs to stay in the area.

“Without assistance provided by EDA, we would still be facing intense economic difficulties,” Messner said during his testimony.