Disasters make Affordable housing even harder to come by 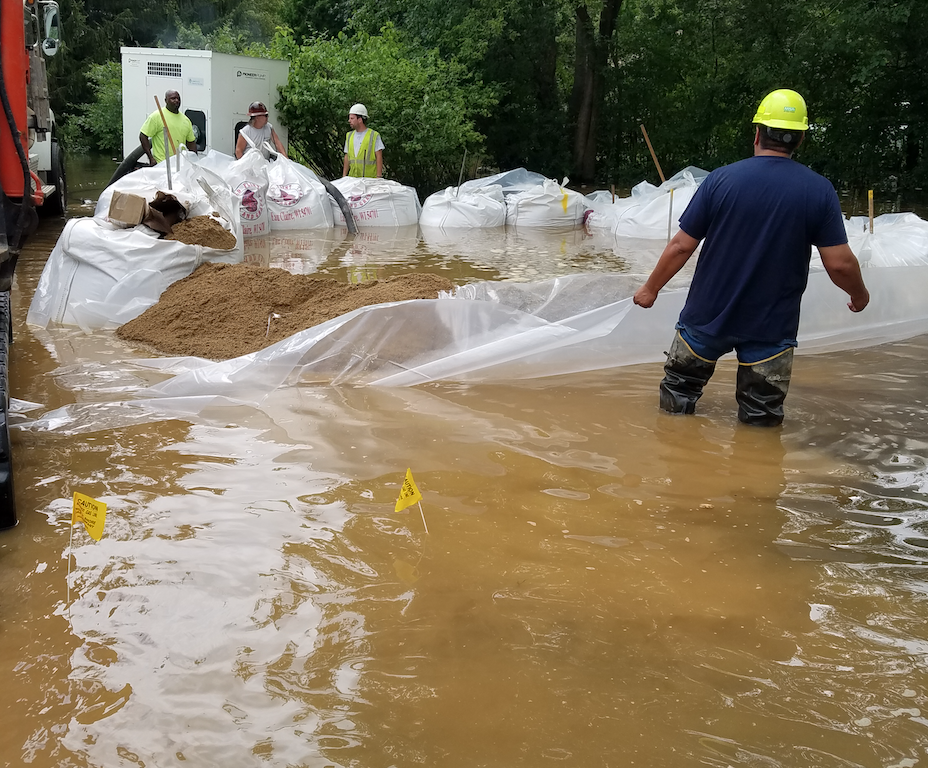 A booming economy left Sevier County, Tenn. with an affordable housing problem that got even worse after a devastating fire two years ago. The Nov. 28, 2016 blaze left 14 dead and 2,449 residential buildings destroyed.

“We certainly had an issue with affordable housing before the fires — it makes our shortage even more critical,” said Sevier County Mayor Larry Waters.

A study conducted by the Sevier County Economic Development Council shows that 44 percent of people who work in the county live outside the county. In addition to being a manufacturing hub, the area attracts tourists to the Great Smoky Mountains National Park, the Dollywood theme park and area hotels and restaurants.

Employees, employers and those looking for employment “are concerned” about affordable housing, Waters said. Many workers currently drive to work from other counties in the thriving tourist area. “It’s sort of a domino effect,” Waters said. “You move more people in, you need more housing, schools, more law enforcement ... all of these things come with a rapidly increasing population.”

Adding to the problem was the fire, which charred more than 17,000 acres and caused 14,000 to flee their homes. Immediately after the disaster, the county worked to house residents by partnering with FEMA, the Tennessee Housing Development Authority, the My People Fund with the Dollywood Foundation, and grants from some local foundations. “We also utilized rental cabins and motels — we worked to find housing for people who were displaced by the fire,” Waters said.

Work with municipalities on affordable housing

Longer term, a year-and-a-half later, the county is working with the cities of Gatlinburg, Sevierville and Pigeon Forge to make sure that developers who plan to build affordable housing have proper infrastructure such as utilities and transportation for the projects, Waters said. “Those two things are critical.” Public transportation — the region’s trollies — may have to extend their routes to proposed building sites not currently served, he said.

The county was waiting to unseal bids it received from six developers who responded to an RFP to build affordable housing. The Tennessee Housing Development Agency also plans to make an announcement soon about two affordable housing projects in the county, Waters said. Some $15 million will be spent over 10 years with funding from a pool of tax credits that the state agency set aside for affordable housing.

Waters said his piece of advice for those who are also working to bring more affordable housing to their counties: “Make sure you work in a cooperative manner with the municipalities in your county,” he said. “It’s an issue we all face together. You should be able to sit down and move forward with a solution together. It makes more economic sense and makes it better for the citizens if we’re working together.”

In July 2017, torrential rains over several days created flooding in Lake County, Ill., and triggered evacuations across the area. Some of the flooding was created by sewer backups.

In the township of Mundelein, 35 miles northwest of Chicago, 24 older residents were evacuated in the middle of the night by police after floodwaters seeped up over their beds, said Jodi Gingiss, community development administrator for Lake County. The seniors were taken to the police department and the township, which declared the seniors’ home uninhabitable, contacted the county for help.

Gingiss’ department helped the Lake County Board invest temporary housing funds from HUD “into agencies we knew could help with housing services, such as Catholic Charities,” she said. After the American Red Cross shut down its shelters a few days after the flooding, the county stepped in with the help of Catholic Charities — which had existing contracts with local hotels for discounted rates — to hand out hotel and motel vouchers for other displaced residents for up to 90 days.

Meanwhile the county had to find short-term housing for the next six months for the displaced seniors while their housing was being repaired. “The pickle we were in was we had just a low enough need for temporary housing but the need didn’t trigger any larger response,” Gingiss said, noting a piece of advice to other counties: Plan for varying degrees of need.

So instead of setting up FEMA trailers, Gingiss and her staff found themselves hunting for short-term temporary housing for nine of the 24 senior residents; others made do with friends and family. They came up with a mish-mash of solutions. “It was so hard, we were on the phone for days,” Gingiss said, noting that Lake County, as a wealthy suburb, does not have many rental communities, especially short-term rentals.

Gingiss teamed up with a HUD representative she had worked with previously who helped everyone understand that the senior center’s landlord could use her HUD subsidy for short-term rentals after a disaster. The county stepped in to help the landlord to make sure that payments were made to the short-term rental companies. Gingiss said any counties out there trying to plan ahead for a similar situation could use an app called PolicyMap to locate HUD properties in their county.

The deadly October 2017 wildfires that burned at least 245,000 acres in and around Sonoma County, Calif. also burned 5,100 homes in the county, turning a “chronic issue” of a lack of housing into a “full-blown crisis,” said Board of Supervisors Chair James Gore who also chairs NACo’s Resilient Counties Advisory Board.

The fire “was indiscriminate,” he said. It burned down multi-million-dollar places in the hills and also burned down subsidized housing.

“Fires are indiscriminate but … recovery is not so indiscriminate,” he said. “It’s almost the epitome of an aggressive free market rushing toward any available house. Whether price gouging is controlled from a legal perspective or not it’s a huge issue. With this kind of loss, you start to see where the flaws in the system are.” As much as the disaster brings heartache, it also brings opportunity, Gore said. “We have set a bold goal that we need a minimum of 25,000 to 30,000 homes or places for people to sleep to get back to a functional level for our area.” With an unemployment rate under 5 percent coupled with its affordable housing crisis, Sonoma County “does not have a workforce,” Gore said. “We’re competing for workers and we don’t have housing to deal with this.”

The county is exploring a number of initiatives including looking at approving the addition of “granny flats,” creating a construction apprenticeship program, exploring farmworker housing on agriculture lands, working with the governor’s office to streamline environmental issues that hold up development and putting a housing bond on the ballot in November.

Dealing with the housing crisis after a disaster has “blown up political fault lines,” Gore said. “If you can imagine, in the liberal community, which is very strong out here — they’re slow growth, they want environmental protection. And then there are others who are also liberal who say ‘This is an equity issue — the workforce can’t live here.’

If you can make the issue a clear mandate from the people — overwhelmingly backed by residents — rather than a back-and-forth policy discussion, Gore advised, “that’s where it needs to be.” The wildfire disaster has given the affordable housing issue an added sense of urgency in the region that wasn’t there before, he said.

“We’re going to squeeze every bit of juice we can out of this,” Gore said. “Number one, we’re going to take care of people who lost everything. Number two, we are going to use the shock to our system to shock the system. It’s ‘go time.’ If we don’t hold onto the urgency, then we fail.”