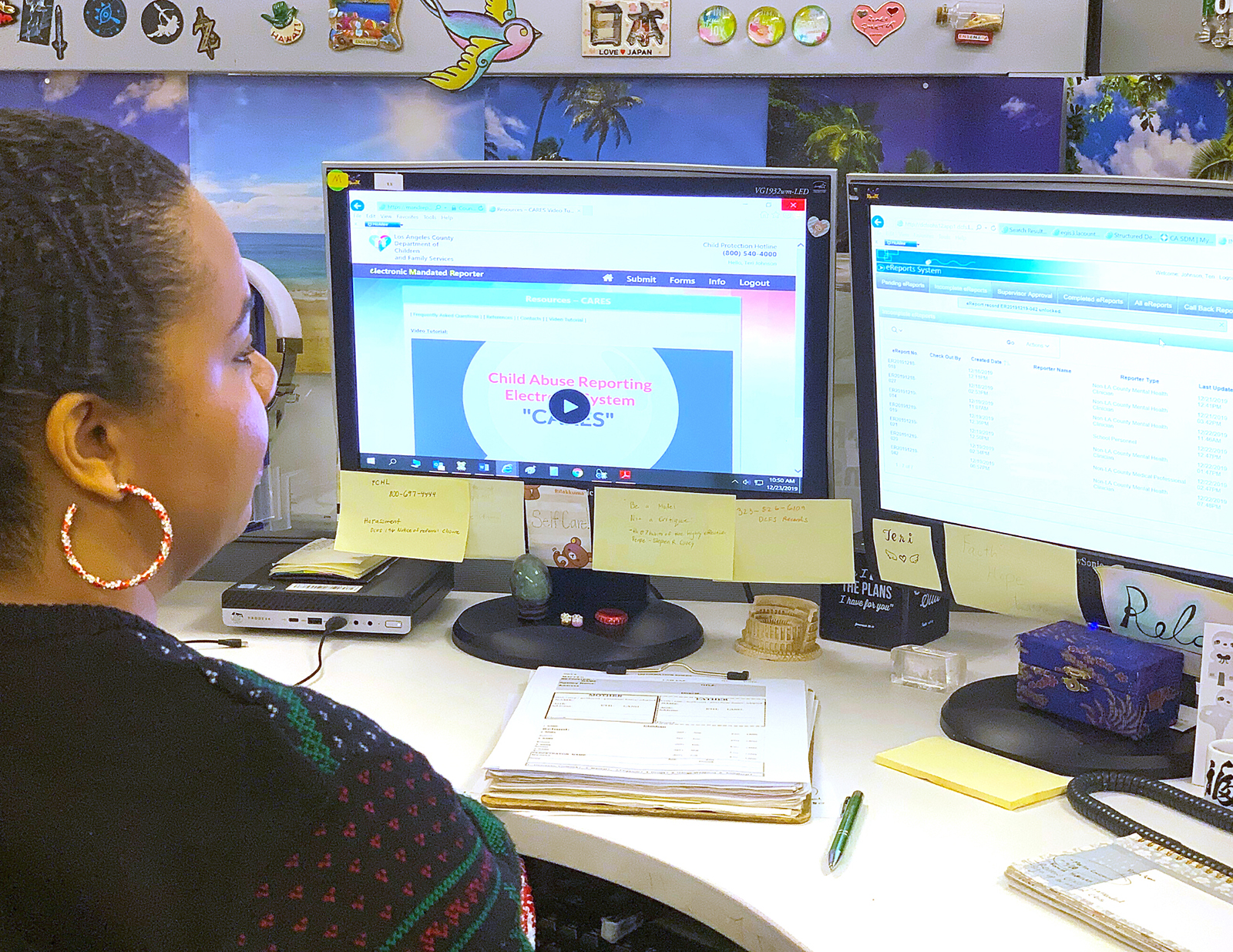 In Los Angeles County, a pilot program has combined technology with traditional methods to improve the efficiency of reporting child abuse cases.

“This is 2019, where technology is so phenomenal,” said Carlos Torres, acting division chief for the Child Protection Hotline. “That was the rationale — let’s give people the ability to use technology to make these reports.”

The county implemented CARES in November 2017 after then-Gov. Jerry Brown signed a Senate bill into law allowing counties to test the concept of an internet-based reporting system.

Los Angeles County’s already-existing Business Information Systems division within the DCFS built the online system, according to Gary Burks, assistant regional administrator with the Child Protection Hotline. Los Angeles County is the only county in the state to pilot online reporting.

CARES expedites the process for non-urgent child abuse reporting, Burks said. The system decreases wait times for mandated reporters when making calls to the Child Protection Hotline, reduces call volume and allows social workers to focus on urgent calls. Additionally, mandated reporters who complete an online report rather than make a phone call are not required to submit a written follow-up report.

Burks explained how mandated reporters can complete reports at home because the system is accessible 24/7 online. If an online report is not completed within 24 hours, users receive reminder emails prompting them to complete the report within 48 hours.

With more than 10 million residents in Los Angeles County, the Child Protection Hotline received over 225,000 calls in 2018, making it difficult for social workers to handle the call volume. Before the implementation of the online pilot, Burks said the majority of child abuse reports were made via calls to the hotline.

To ensure the system is for non-urgent reports only, CARES users are prompted to fill out a standardized safety assessment of 10 qualifying questions that redirect the reporter to file a report by calling the hotline if a situation is deemed urgent.

Once an online report is completed, it is reviewed by Child Protection Hotline staff who select an outcome for each report which is then reviewed by a supervisor. These results are automatically emailed to the mandated reporter who filed the report online.

Torres said the numbers of online reports and CARES users are increasing. Burks added that other mandated reporters who are not in the designated group for the pilot are asking when they will have the option to use the online system.

“These folks are able to use technology to get us the information, therefore freeing up the lines for other people who are actually making urgent calls, so it is basically changing the law to allow technology to better serve kids and families,” Torres said.

The CARES platform incurred no costs because it was established using the department’s in-house staff. The project required an independent evaluator to assess the outcomes of the system. The University of California, Los Angeles (UCLA) was selected as the evaluator and funded by Los Angeles County.

Burks said if the Senate Bill is made permanent, all mandated reporters will be able to use the system.

“We’re hoping of course to make it part of actual law, no longer a pilot but it will be actual law,” Torres said.

The pilot ends next year.

“We’ve seen tremendous changes since we’ve implemented the online system,” Burks said. “It is worth having.”