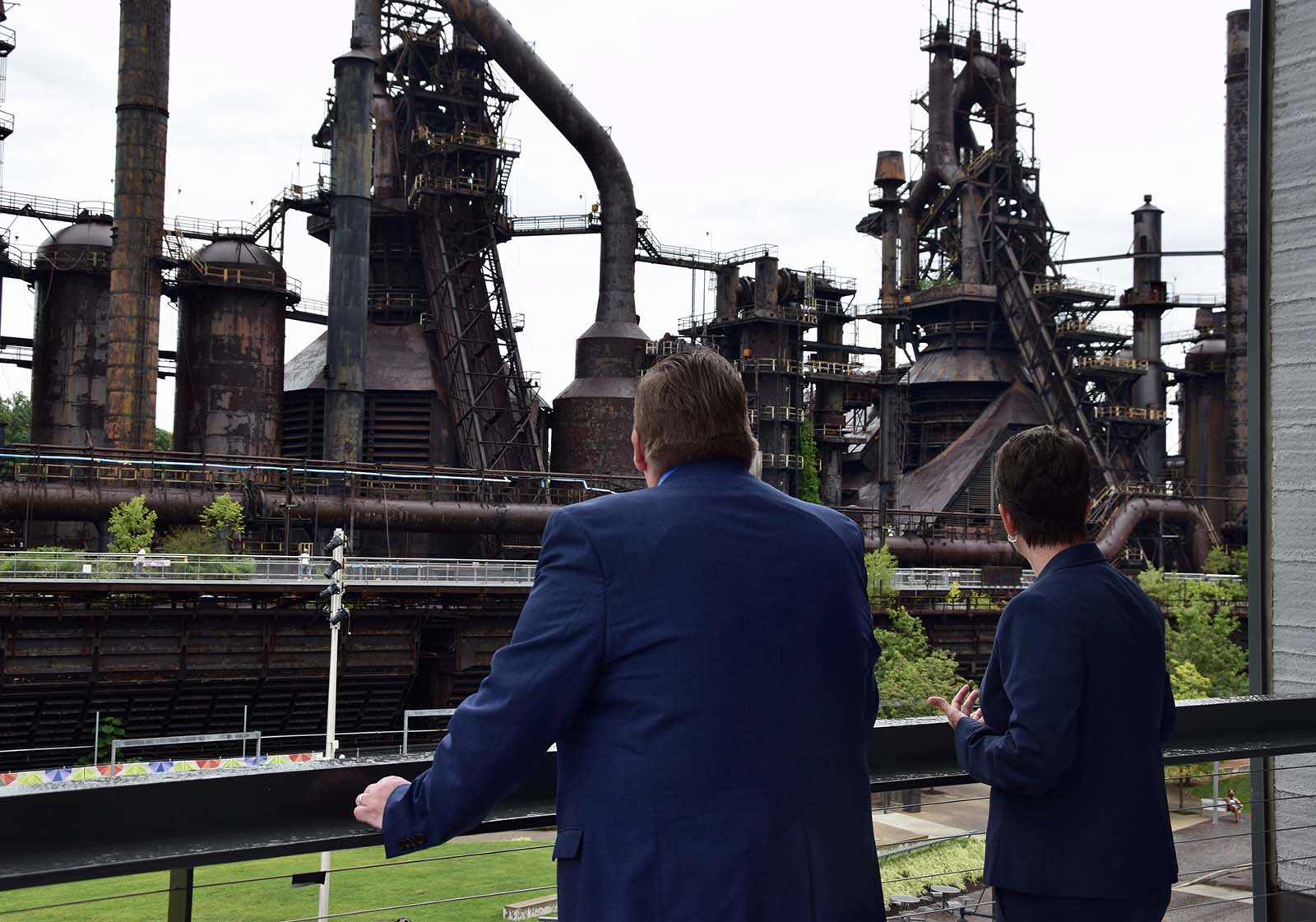 In order to filter by the "in queue" property, you need to add the Entityqueue: Queue relationship.
Bethlehem Steel's bankruptcy nearly took Northampton County, Pa. with it. Redevelopment bonds and tax incentives helped revive the mill's site so it could grow again.

If you find yourself standing in the center of the SteelStacks Campus in Northampton County, Pa., you may think you are in two different worlds. Rusted blast furnaces standing as tall as 230 feet sit on one side of the campus across from modern glass facilities on the other side. The contrast of these structures represents the old and the new and provides a visual representation of Northampton County’s economy as it transitioned from the past to the present.

The SteelStacks Campus is located at the former facility of the Bethlehem Steel Corporation, the second largest steel company in the country. The site opened in 1857 in Northampton County in the Lehigh Valley region of Pennsylvania. The company produced equipment used by the United States in World War I and World War II in addition to the steel used in structures such as the Lincoln Tunnel, Chrysler Building and the Golden Gate Bridge.

In 1995, the company produced the last cast of molten steel from the blast furnaces, marking the end of steel production at the site. Bethlehem Steel officially filed for bankruptcy in 2001.

At its height, the facility employed 30,000 people.

“The bankruptcy took the entire economy with it,” McClure said.

The 6.1-mile-long site was contaminated and required Bethlehem Steel to clean the soil, according to McClure. With the help of the EPA and the Pennsylvania DEP, 375 tons of contaminated soil were removed to make the site usable for future developments.

The county invested $11.5 million of bond funds for redevelopment in the area around the former steel facility. The bond funds were part of a larger $111 million bond initiative borrowed by the county for economic revitalization after the Bethlehem Steel closure.

Additionally, the county provided tax incentives and created a tax incremental financing district with the City of Bethlehem and the Bethlehem Area School District, which will provide $11.5 million in tax revenue in deferred taxes generated from new business on the site.

The first development on the land was Commerce Way, the roadway to the Lehigh Valley Industrial Park located on the end of the property. After this road opened, McClure said the state gave a substantial economic contribution to widen Route 412, the main road along the Bethlehem Steel facility.

“It was because of the county of Northampton’s investment opening [Commerce Way] up that this all could happen,” McClure said.

In 2004, revitalization efforts progressed when Bethworks Now, LLC was created to manage the land for redevelopment and led to the establishment of a casino, entertainment center, event center and hotel. These developments would preserve the blast furnaces.

After it was announced that a casino would be moving to the area, ArtsQuest, a nonprofit dedicated to cultural experiences and outreach programs, and PBS 39, a community-owned public media station, showed interest in building near the former steel facility.

The ArtsQuest building features a two-screen art cinema, a café and a music club. Thanks to a donation from a local family, the Levitt Pavilion was constructed outside the ArtsQuest building and serves as a concert venue holding 50 free concerts every year. One of the oldest buildings on the site was preserved and opened as a visitor’s center. A walkway was built along the Hoover Mason Trestle, which was once used as a railroad to carry materials to the blast furnaces. The walkway, located alongside the blast furnaces, is 45 feet tall, over 2,000 feet long and connects the visitor’s center to the entrance of the casino.

“It’s important to remember this effort would not have occurred without a tremendous investment of public money,” McClure said.

ArtsQuest holds the annual Musikfest, a music festival that draws people from around the world to Northampton County. ArtsQuest President and CEO Kassie Hilgert said Musikfest has a $60 million economic impact. In 2019, 1.2 million people from 26 different countries attended the festival.

Hilgert said Northampton County and ArtsQuest are “inextricably linked” and the county has provided ArtsQuest with funds to expand.

According to Hilgert, the SteelStacks campus has a $70 million economic impact throughout the year.

“We fit in our little area for economic development utilizing arts and culture,” Hilgert said.

McClure said the development of the former steel site has brought more jobs to the area and increased revenue from hotel taxes when people visit the county. He added that these developments are all interrelated, which has led to the revitalization of the county’s economy.

“After Bethlehem Steel collapsed, it was like a black hole, a star collapsing on itself and people just panicked and then they dug out of that hole,” McClure said. “They came together and they said ‘we will not let this define us.’”

Hilgert described the SteelStacks Campus as resembling a European piazza.

“In Europe, they have cathedrals and museums. These [blast furnaces] are our industrial cathedrals,” she said. “These are the most important part of our history and then to show what we have done with it... you juxtapose those two things and you mash them up next to each other… it’s a pretty special feeling to stand on that spot.”