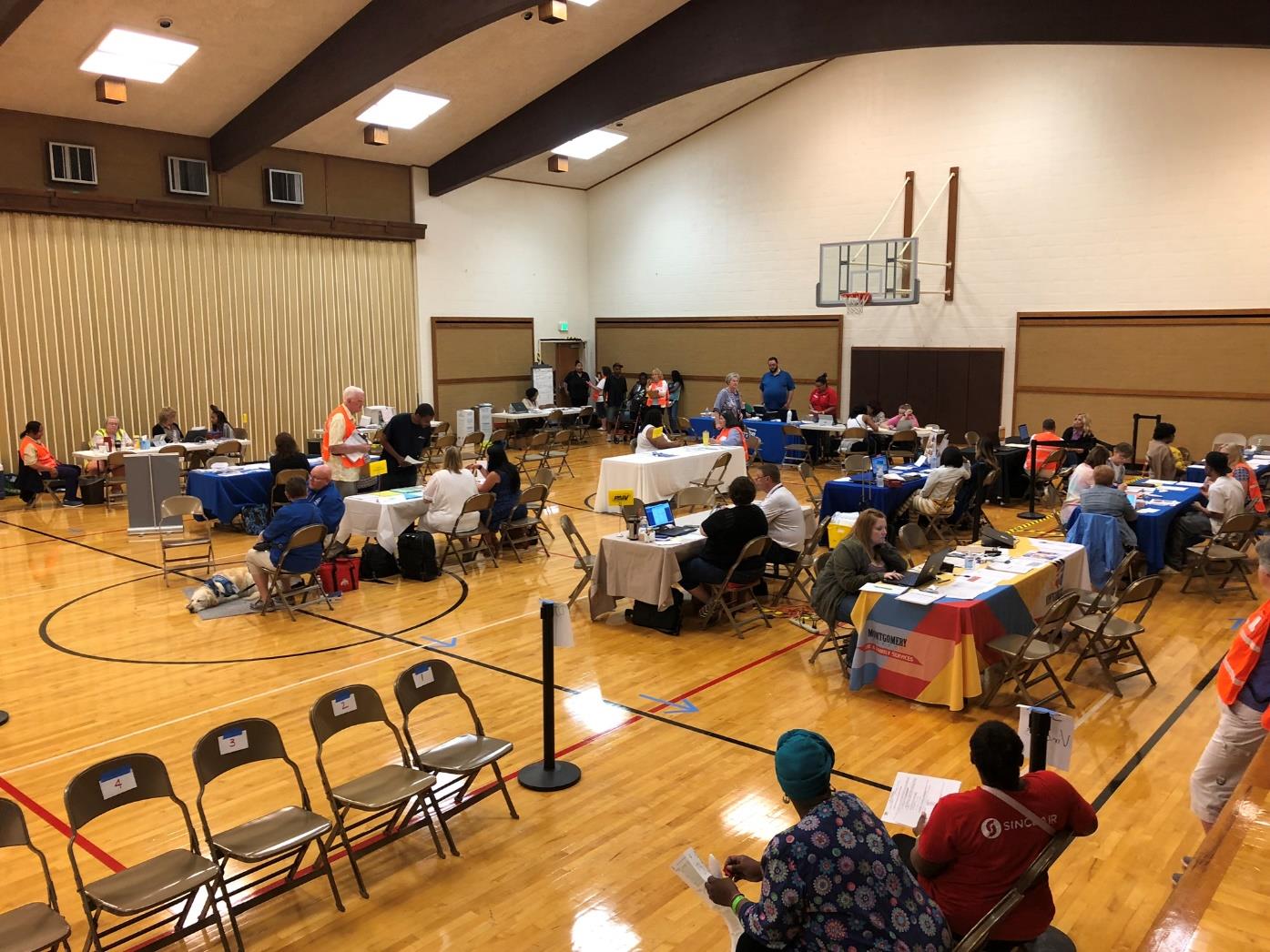 Last year, 2019, was a difficult one for Montgomery County, Ohio.

The county faced two significant tragedies — 15 tornadoes and a deadly shooting — over the course of three months. Following both crises, Montgomery County Alcohol, Drug Addiction and Mental Health Services (ADAMHS) knew they needed to provide emotional and mental health support to the victims.

Days before the tornadoes touched down, ADAMHS Executive Director Helen Jones-Kelley said there was a hate group rally held at the downtown courthouse square. She cites this as the start of a sense of devastation in the community.

“You can imagine the frame of mind people were in,” she said.

For more information on Montgomery County’s tragedy efforts, contact the ADAMHS at 937-443-0416.

Montgomery County’s Spread Our Wings During Tragedy program is the recipient of a Best in Category 2020 NACo Achievement Award in the Health category.

Two days later on Memorial Day, 15 tornadoes touched down throughout the county with winds up to 170 mph, the strongest categorized as an EF4. The tornadoes severely damaged more than 2,200 structures and displaced 1,100 households.

ADAMHS led the efforts with other agencies to establish the Family Assistance Center to serve county residents impacted by the tornadoes. The center, housed in a large church, operated for 24 days and helped more than 1,600 households. The drop-in facility allowed individuals to receive services without making an appointment.

“There’s nothing like your house blowing away and you come out of the basement and you have no idea where to start on how to put your life back together,” Jones-Kelley said.

Tornado survivors could enter the center and meet with a crisis worker who would walk them from station to station to help make referrals and assess their level of stress.

“The neat thing about this community, and it really showed itself during that tragedy, is we have a spirit of collaboration so while there is that natural healthy competition that sometimes occurs, when it comes down to a crisis or a community challenge we work very well together,” Jones-Kelley said.

She added that the outpouring of support from the community was overwhelming.

“We reached a point where we had to tell people to stop bringing us water,” she said.

The county, which includes the city of Dayton, faced its second tragedy later that summer on Aug. 4 when a gunman killed nine people and wounded 17 others in the entertainment district in Dayton.

ADAMHS and community and governmental agencies worked together again to establish the Recovery and Resiliency Center within three hours of the shooting. The center was focused on minimizing the amount of stress and trauma experienced by community members.

Jones-Kelley said crisis workers were on standby for people to drop in, speak with a trained counselor and discuss some of their immediate feelings following the tragedy. The center offered walk-in individual crisis appointments, group crisis interventions and educational sessions.

Jones-Kelley said these tragedies not only left a lasting impact on the county, but on how it will operate in future crises.

ADAMHS now offers an app with resource information that helps residents navigate through a crisis and has partnered with the National Office of Victim Assistance, which trains community members on how to respond to a crisis.

“I think we’re all at a place in our lives where we don’t want to just be living waiting for the other shoe to drop, but we need to understand how times have changed and the crises are going to occur,” Jones-Kelley said. “The best way to address them is not to be reactive to them but to have a response prepared.”