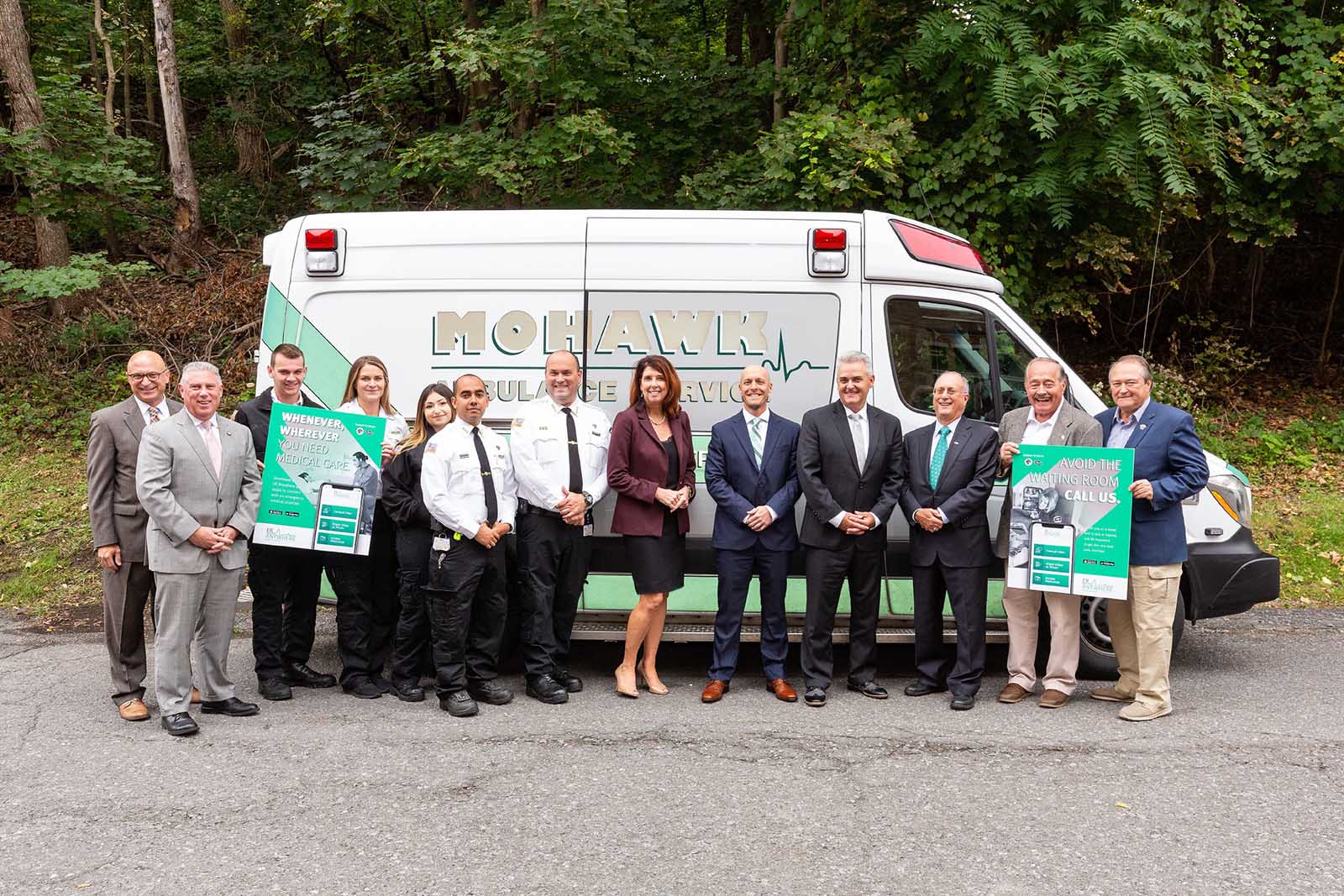 In Rensselaer County, N.Y., some Medicaid recipients who need medical assistance can now contact emergency medical providers to receive round-the-clock care from the comfort of their living rooms.

ER Anywhere is an online platform that connects patients to emergency medical providers 24/7 through phones, tablets or computers.

Rensselaer County Executive Steve McLaughlin said the ER Anywhere system is designed to provide faster service than what some patients may receive in a hospital emergency room (ER), while also cutting costs for the county.

Nationwide, local government contributes about $28 billion to the non-federal share of Medicaid.

McLaughlin said the idea to implement the ER Anywhere system began when he had lunch with a mutual friend who introduced him to Keith Algozzine, CEO and co-founder of United Concierge Medicine. United Concierge Medicine is a virtual medical service that provides technology and a virtual emergency medical team across the country, Algozzine said. During the lunch, McLaughlin discussed ways to save money on “medicabs,” which serve as medical transports. Algozzine shared information about ER Anywhere, and the conversation evolved to “Why don’t we start talking about offering this to our Medicaid recipients?” McLaughlin said.

ER Anywhere launched in the county on Oct. 3 as part of a public-private partnership with United Concierge Medicine, Rensselaer County and CDPHP, a local insurance provider. The ER Anywhere platform is CDPHP’s product, Algozzine said, which United Concierge Medicine created for the insurance company and the county. Rensselaer County is not paying for the service.

Algozzine said this is the first time a county is combining the ER Anywhere service with county 911 services, emergency medical services (EMS) and an insurance company.

He views the virtual emergency room system as “reverse engineering” the standard process for when a person calls 911 and is transported in an ambulance to an emergency room in a hospital.

The app allows Medicaid patients with CDPHP access to emergency room doctors 24/7, 365 days per year. Users may download the app on their smart phone or tablet, use a web browser or make a traditional phone call to reach a virtual emergency medical team and can share photos or videos, video chat face-to-face or even text with emergency room doctors.

Through the app, doctors can write prescriptions, order labs or x-rays and make referrals, Algozzine said. He added that with the emergency medical expertise, doctors can triage patients and dispatch the county’s EMS if it is determined to be a true emergency or more assessment is needed. If an ambulance is dispatched to a patient’s home, emergency room doctors will remain on the line with patients until the ambulance arrives.

One of the most exciting things about the platform and the partnership, according to Algozzine, is even if a patient calls 911 and does not use the ER Anywhere platform, dispatchers can contact ER Anywhere doctors who can intervene when EMS arrives at a patient’s home and triage the patient to see if they can be treated at their home instead of at the hospital.

“Even if you don’t [call the virtual ER], we can still get to you because of the ambulance at the county level,” he said. “We’re able to identify the patient and send an ambulance specifically with the goal of connecting with us and determining if they truly need to go to the hospital or not.”

Currently, the county is training ambulance crews and fire departments on the new system and using advertising to inform Medicaid recipients that the ER Anywhere option exists.

“Instead of dialing 911, waiting for the ambulance to show up, going down there and potentially waiting in a very, very crowded ER, within seconds they’re on the phone face-to-face with an ER doctor,” McLaughlin said.

He said the ER Anywhere platform has the potential to save billions of dollars in the Medicaid system that are spent on doctor’s visits, Medicab transports to take recipients to and from appointments and ambulance runs. In Rensselaer County, Medicaid bills are $34 million per year, according to McLaughlin.

“We have a Medicaid cap of $34 million. We’re paying that regardless right now so what we’re trying to do is hopefully in the future be able to lower that cap,” he said. McLaughlin estimated that the ER Anywhere system could save the county $4 to $5 million per year once it is up and running.

“This is a massive amount of opportunity for savings here while still providing great care for our Medicaid recipients,” he said.

Algozzine said when counties lack resources, they may not have other places to send patients besides the emergency room. He sees ER Anywhere as a solution in rural counties where there may be only two ambulances covering a region.

“It’s really a public health crisis that emergency medicine services, both the ambulances and the ERs, are overcrowded and strained and not only is it costing dollars, but it’s costing lives,” he said.