A county with heart cleans up its act 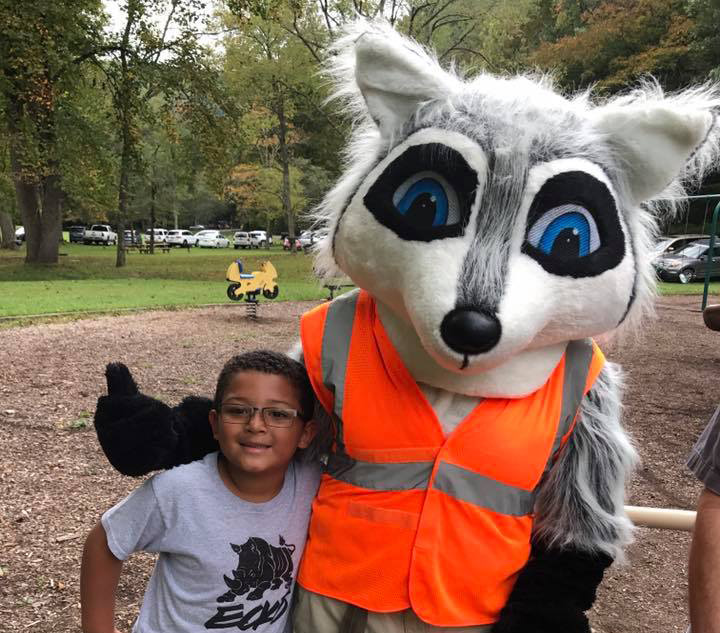 Rocky the Raccoon gets an assist from a helper during clean-up efforts in Mercer County, W. Va.
Photo courtesy of Mercer County

Problem: Too much trash was ending up on the side of the roads in Mercer County, W.Va.

When Greg Puckett became a county commissioner in Mercer County, W. Va., in 2015, one of the first things he did was put out a call to community leaders to help him organize a clean-up campaign to get rid of tires, trash and old furniture strewn about the county.

“When I became a commissioner, one of the major things I wanted to see was a cleaner county,” he said. “My philosophy is if you look better you feel better, if you feel better you act better.” Puckett contacted the Convention and Visitors Bureau, the schools, local municipalities and the solid waste authority to help get the effort off the ground.

For more information about the cleanup campaign, contact Greg Puckett.

To help attract volunteers and get the momentum going, they created a campaign, branding it “Love Where You Live: Keep Mercer Clean.” A local graphic artist created several logo samples for them to choose from, and the logo they decided on was featured everywhere — from Facebook posts to murals painted on the sides of buildings around the county.

After finding volunteers via social media (Facebook, Twitter and Instagram) and purchasing grabbers, trash bags and fluorescent vests, the group decided they would clean up the county during a 40-day blitz from March 20 to April 30. (Puckett said he knew social media was the way to grab attention, after using it when he ran for office. “I only spent $2,300 on my campaign.”).

That was in 2015 and the cleanup campaign has blossomed into an annual effort. It even has a mascot now, Rocky the Raccoon.

“The story behind Rocky is raccoons are usually a menace,” Puckett said with a laugh. “We said Rocky was very conscious about the environment, he didn’t like the way that his brethren were tearing up stuff and he wanted to be responsible.”

The schools got into the act as well. “Not only is it about clean-up, it’s about education,” Puckett said. One year, students created environmental posters. The next year, they repurposed recycled materials. “Hey you can make a bird feeder, you can make a cat bed — it makes it an engaging thing where we can educate them about ‘Don’t let this trash get out there, you can repurpose it,’” he said.

The county has received grants for their efforts and now has a truck to use during cleanups, as well as new trailers and recycling bins.

Puckett said their efforts have not only changed the landscape of the county, but attitudes as well.

“Unfortunately, in southern West Virginia, because of the economic depravity that we see, there is a mindset of ‘Well, we just don’t care,’” Puckett said. “I think that’s what we are trying to instill in people. You do need to care, you do need to love where you live.”