You can find the county economic analysis at www.naco.org/CountyEconomies. To access the companion interac­tive maps and the individualized county profiles, go to NACo’s County Explorer interactive map www.naco.org/countyexplorer.

The January update of NACo’s interactive tool will feature the economic data from the County Economies analysis.

As citizens prepare to cast their first votes in presidential primaries, NACo has released its annual look at economic recovery patterns across the nation’s 3,069 counties County Economies 2015: Opportunities and Challenges analyzes the annual changes of four economic per­formance indicators — economic output, also known as gross domes­tic product (GDP), employment, unemployment rates and home prices — between 2014 and 2015, across county economies. In addi­tion, it explores 2013–2014 wage dynamics as well as 2009–2014 trends in productivity and wages.

2015 was a year of continued recovery from the recession. An additional 462 county econo­mies returned to pre-recession unemployment lows in 2015, two-and-a-half times more than in the previous year. Home prices recovered at a similar rate. Job growth accelerated and home prices saw faster gains in two-thirds of county economies.

Nevertheless, the economic recovery is spreading. By 2015, some 214 county economies recovered to pre-recession levels on all four indicators (GDP, un­employment rate, employment and home prices), close to a three-fold increase over 2014. Large county economies — counties with more than 500,000 residents — also are making progress. For the first time, 17 of the 126 large county econo­mies are fully recovered, with most of these in California and Texas.

These disparities in recovery and growth across county economies help explain why Americans don’t feel improving national economic numbers. Many also don’t yet see them in their paychecks. 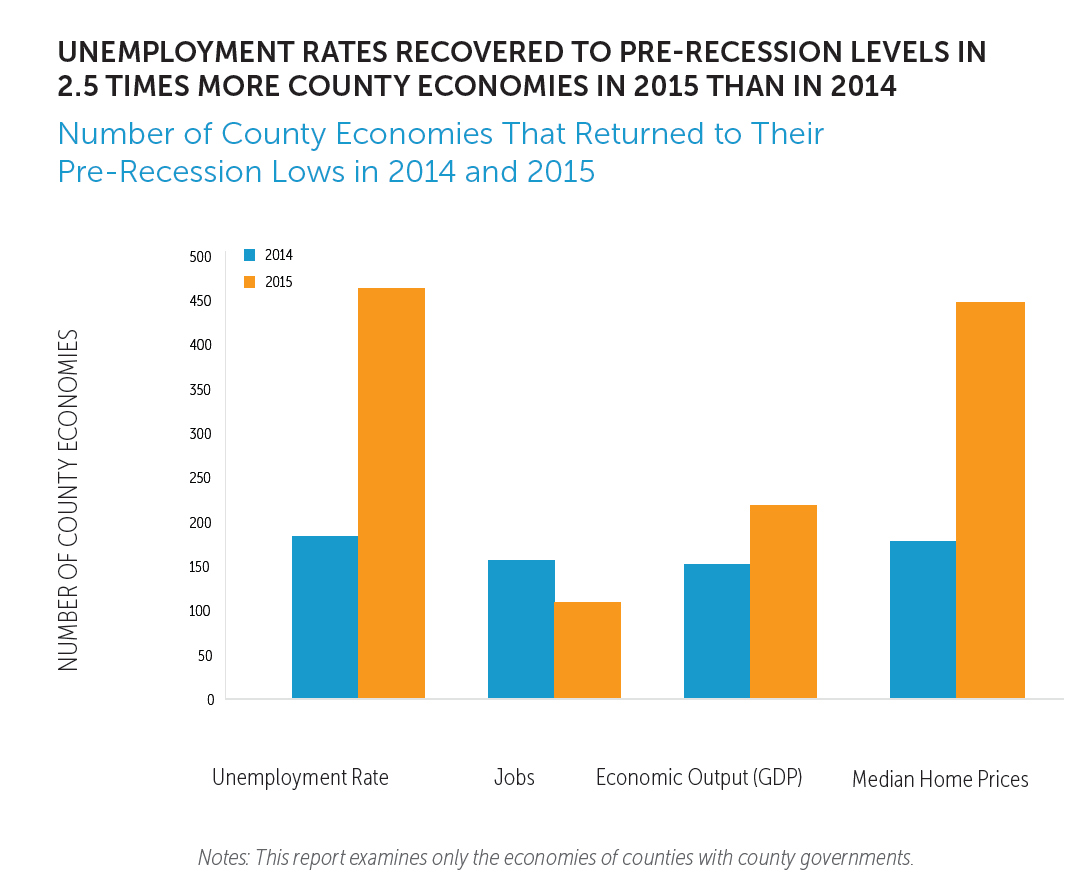 “This uneven recovery across county economies contributes to the challenges that counties already confront,” said Emilia Istrate, NACo research director. “Counties face a triple threat from uncertainty around federal policy, from tax reform, and from entitle­ment reform and appropriation cuts not accompanied by reductions in unfunded mandates. Counties are doing their part under difficult conditions by investing in economic development, infrastructure and providing services.

“County Economies 2015 highlights that it is on the ground at the local level where Americans feel the national economy,” she added. “Economic recovery and growth continues to spread, but many county economies are not yet feeling the effects. These op­portunities and challenges point to the continuing need for a strong local-state-federal partnership to secure a strong economy.” 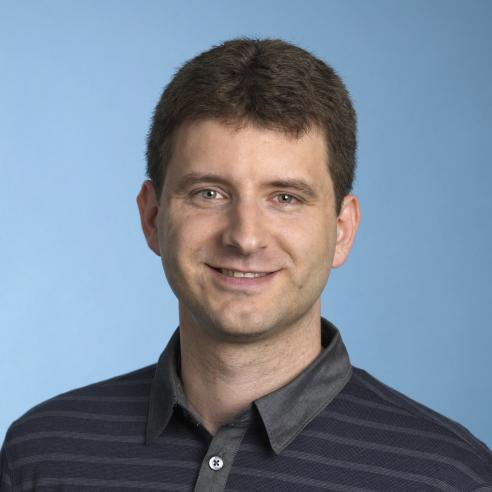