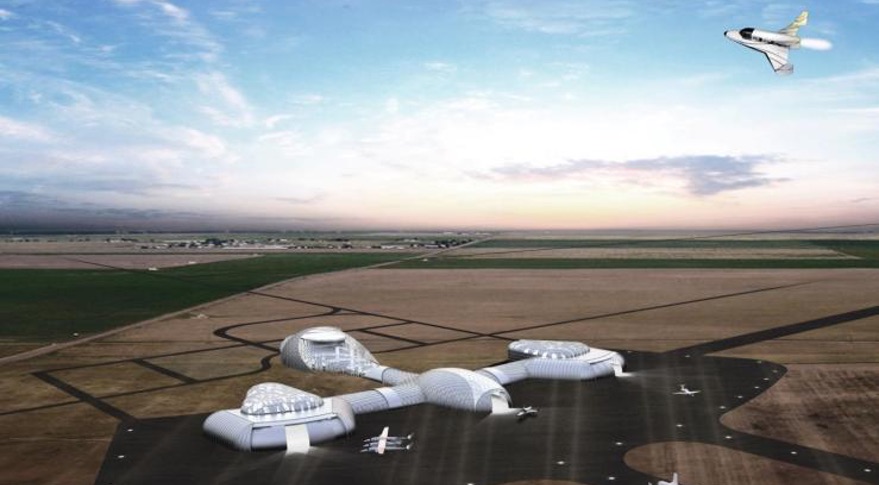 In order to filter by the "in queue" property, you need to add the Entityqueue: Queue relationship.
Adams County, Colo. looked for a way to make its airport distinctive from Denver's. The answer was to aim for the stars by becoming a spaceport.

What Adams County lost in local flavor when renaming its airport, it may have gained in developing an inside track in the aerospace industry. The Front Range Airport is now the Colorado Air and Space Port.

The county-owned site is fertile with chances of developing local industrial growth and becoming a hub for space flights for cargo transportation or passenger travel. Potential developers hope to launch test flights in the next five years. Since the Federal Aviation Administration approved the county’s launch site operator’s license in August 2018, the county has been angling for how those operations will fit in. But unlike the handful of operating spaceports, Adams County won’t be launching vertically, like at the Kennedy Space Center in Cape Canaveral, Fla.

“It’s our proximity to Denver International Airport,” said Commissioner Steve O’Dorisio. “We’re so close that we have to launch space vehicles horizontally. You can’t stop or divert a rocket launch going straight up, nor could you do a holding pattern on a space shuttle that’s gliding down.”

That compromise, which allowed the county to win licensure, considering its proximity to DIA, might be the aspect that helps it land an operator, something the county didn’t have when making its application. Already in possession of a letter of intent from a Japanese aerospace company, the county is working on a memorandum of understanding that will guide how the two parties work together. That company, PD Aerospace, was looking for a place to launch horizontal flights, county Communications Director Jim Siedlecki said. They may have found it.

Finding a niche like that has been Adams County’s theme throughout the process. The airport is roughly 10 miles from the Denver International Airport, which limited how big the county airport’s operations were going to get.

“It’s one of the top airports in the country,” O’Dorisio said. “We weren’t going to be an upstart, but we had an asset in the Front Range Airport. That challenge is also what makes us the best potential spaceport in the nation because we are so close to a major international airport and we’re close to the thriving Colorado aerospace industry.”

When announcing the license in 2018, Barry Gore, president and CEO of Adams County Economic Development, staked the county’s claim to an industry that was already thriving in the county. British-owned Reaction Engines already operates at the airport.

“Adams County hasn’t been known as an aerospace county in the metro area, but for years we’ve have had Boeing, Lockheed Martin, Intrex Aerospace and a number of other aviation and aerospace companies providing lots of (services) to the industry.

Getting the FAA license was a seven-year journey once Adams County leaders decided they had to do something different if they wanted the county’s airport to remain relevant. And the airport will remain just that over the next few years, as spaceport and development progresses, and beyond.

“Even as we move toward spaceport operations, we’re going to continue operating a general aviation airport,” O’Dorisio said.

PD Aerospace has a three-part plan for its operations, starting first with launching an unmanned suborbital flight, then progressing to launching small satellites into orbit before graduating to space tourism.

“With only 11 (non-federal) spaceports, there is no ‘business as usual,’” O’Dorisio said. “The regulatory environment is still pretty immature, and the process is still being developed.”

But O’Dorisio doesn’t see those 11 other spaceports as competitors. He sees a transportation network that will extend even beyond the United States.

“It’s a long way away but it’s a good mission to have,” he said. “A 90-minute trip to Tokyo sounds pretty good. I see a lot more opportunities for synergy and collaboration than I do competition”

Practically, the next step will be signing a memorandum of understanding with PD Aeropspace, which will guide the county’s work with the airport property.

“We need to figure out how we can support the testing they want to conduct,” Siedlecki said.

The county last did a master plan of the airport in 2013, but that will require an update. It has two 8,000-foot runways, which works for PD Aerospace, but the county may add up to 4,000 feet to the runways or widen them.

“There’s some infrastructure needs, some drainage and once the proprietary stuff starts happening, we’ll need fencing,” he said. “Fencing alone would be a multimillion-dollar operation, given the 1,000 acres we’d be doing.”

The county already has a new hangar in the design phase, but that will see a lot of changes as plans evolve.

“We anticipate significant investment will be necessary on the county’s part, but we’ll have to see what the master planning process uncovers,” Siedlecki said.

The industry’s relative youth is also a factor in costs the county will bear.

“The FAA has a pool of money for aviation improvements, but spaceports are so new that the same kind of funding isn’t available yet,” Siedlecki said.

O’Dorisio likes how a move like this can inspire people.

“We want to create opportunities for kids who grow up in Adams County to aim for the stars for their career development.”