Counties step up during Stepping Up Day of Action 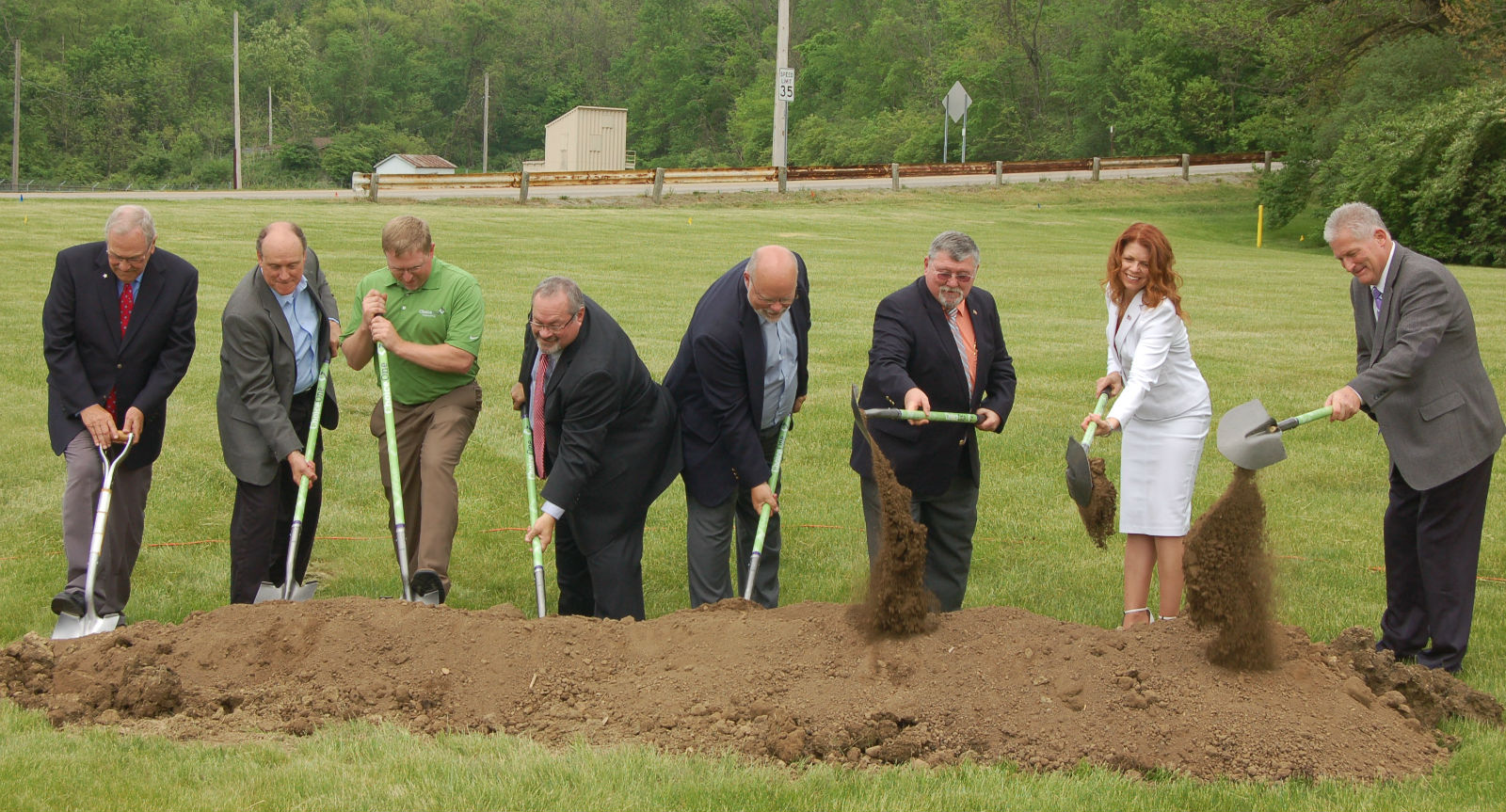 Dozens of counties participated in the Stepping Up day of action, taking steps to reduce the population of people with mental illness in their jails

On May 16, dozens of counties from across the country participated in the Stepping Up Day of Action. Stepping Up is a national initiative to reduce the number of people with mental illnesses in jails.

Launched in May 2015 by NACo, The Council of State Governments Justice Center and the American Psychiatric Association Foundation, more than 425 counties across 43 states have signed on to join the initiative.

For the Stepping Up Day of Action, counties were encouraged to get creative with holding their own events and activities to raise awareness of this issue locally. Many passed proclamations in support of the Day of Action and provided updates to their county boards, their local media and their communities about their initiatives’ progress.

Following is a sampling of some of the events that happened May 16 to raise awareness of this critical issue in local communities. See more coverage of local events by searching #StepUp4MentalHealth on social media.

If you held an event, we’d love to hear about it! Email us with any photos, videos or news coverage of your event

Alachua County, Fla. held a town hall meeting at the local police department featuring a county commissioner, the sheriff, a judge, the local behavioral health authority and municipal police to showcase local collaboration on this issue.

Alamance County, N.C. collaborated with local media to provide them access to local Stepping Up leadership and organized ride-alongs with Crisis Intervention Team (CIT) officers, then held a community event featuring state and local leaders to show the county’s progress over the past two years.

Cherokee County, Ala. hosted a health fair at a local sports arena with programming that included both state and local leaders to highlight the services available in their community for people with mental illnesses.

Clark County, Nev. partnered with local law enforcement to hold a news conference at their detention center to talk about local collaboration and innovations to reduce the number of people with mental illnesses in the jail.

Davie County, N.C. held a community event that was publicized in the local paper to raise awareness of this issue locally and discuss county progress on this issue.

Douglas County, Kan. provided an update on the county’s Stepping Up efforts at its board meeting and passed a proclamation announcing May 16 as Stepping Up Day. County board members also conducted outreach to peer counties in Kansas to encourage them to get involved in the initiative.

Dunn County, Wis. organized a phone drive event to benefit individuals participating in services, and the Criminal Justice Coordinating Council’s Stepping Up Workgroup provided a report to the county board that included a new video highlighting the county’s accomplishments with the effort.

Durham County, N.C. held a local celebration that included remarks from national, state and local officials along with a tour of the mental health unit at the Durham County Detention Facility.

Forsyth County, N.C. held an open house to provide resources to the community and accepted donations for individuals being served by its Stepping Up program.

Franklin County, Ohio held a public event highlighting ways to keep people with mental illnesses out of jail, divert them from jail once arrested, provide treatment to them while incarcerated and link them to services upon release to prevent their return to incarceration.

Franklin County, Pa. proclaimed May 8 as the Franklin County Stepping Up Day of Action and held a press conference to share how the county collaboratively works with law enforcement, the court, the jail and human services agencies to reduce the number of people with mental illnesses in the county jail and improve outcomes for some of the county’s most vulnerable residents.

Imperial County, Calif. worked with local media to share a news story about the county’s Stepping Up efforts.

Johnson County, Kan. held a press conference to announce its selection as a Stepping Up Innovator County and discuss progress made in the county since it helped to launch Stepping Up in May 2015.

Keokuk and Washington counties in Iowa conducted a presentation at the local Kiwanis about efforts to reduce the number of people with mental illnesses in the jail.

Lee County, Iowa held a forum at the county jail to talk about the county’s Stepping Up efforts. The forum included updates from county leaders from the county board, the sheriff, mental health and social services, employment and training services and others.

Lorain County, Ohio conducted its CIT (Crisis Intervention Team) Officer of the Year awards event in conjunction with the county board meeting, where local Stepping Up coordinators presented on highlights of the county’s efforts over the past year.

Lucas County, Ohio held a press conference to promote the work of their initiative and speak directly about the county’s efforts. Some of their accomplishments include: over 100 Crisis Intervention Trainings (CIT) yearly, Sequential Intercept Mapping to organize targeted strategies for justice-involved individuals with behavioral health disorders, and the creation of a behavioral health/ criminal justice coordinator.

Lycoming and Clinton counties in Pa. held a joint town hall to present and discuss the bi-county’s Stepping Up efforts and accomplishments along with future priorities and goals. Presenters included representatives from both counties’ law enforcement agencies, behavioral health system, prisons, adult probation offices, judicial systems and board of commissioners. At the event, presenters encouraged residents to volunteer or complete a community service project to benefit individuals with mental illnesses in the bi-county region.

Maricopa County, Ariz. held a public event featuring county supervisors, the sheriff, the presiding judge, behavioral health and social services providers and community advocates to report on the progress happening with their Stepping Up efforts and to encourage continued use of data to inform their policy and practice.

Marion County, Ore. provided an update on its Stepping Up efforts at its county board meeting and passed a proclamation in support of the Day of Action. The county has been addressing this treatment services. Mecklenburg County, N.C. passed a proclamation supporting the Stepping Up Day of Action and held an open house for community members, law enforcement and other leaders to learn about county efforts to reduce the number of people with mental illnesses in the jail.

Montgomery County, Ohio hosted tables in the lobbies of several of their county courts and administration buildings to share information on Stepping Up, mental health awareness, CIT and information on local treatment providers. One of their providers also funded a week-long billboard ad promoting the county’s efforts along a major freeway running through the county.

Pacific County, Wash. officials partnered with a local mental health advocacy group to host a mental wellness walk to raise awareness of this issue in their community.

Pulaski County, Ark. created  issue from start to finish by training law enforcement and identifying people who are coming into their jails who have mental illnesses to more quickly divert and connect people to a video highlighting the opening of its crisis stabilization unit, which will serve as a diversion center for law enforcement to drop off people experiencing mental health crisis rather than taking them to jail.

Santa Clara County, Calif. held a full day of activities at its Reentry Resource Center that included an interactive video simulation demonstration for CIT training, a brown bag discussion led by people with mental illnesses and a demonstration of stress reduction techniques by a local provider. The county’s public defender also ran an op-ed in the local paper discussing the importance of these efforts.

Shelby County, Ohio held a ground-breaking ceremony for the Sheriff’s Treatment and Recovery (STAR) House, a transitional treatment facility for individuals who have addictions and have completed their sentences at the Shelby County Jail.

Tulsa County, Okla. held a press conference to celebrate three years of Tulsa County’s Stepping Up efforts and highlight success. Led by the sheriff, the program included a graduate of their diversion court program, Women in Recovery, and other community leaders.

Wayne County, Mich. held a discussion at their regular Public Safety Committee meeting on their Stepping Up efforts and shared innovations with the public through a press release to the media.

Yolo County, Calif. provided an update on the county’s Stepping Up efforts and next steps at its county board meeting.