Counties step up during federal shutdown 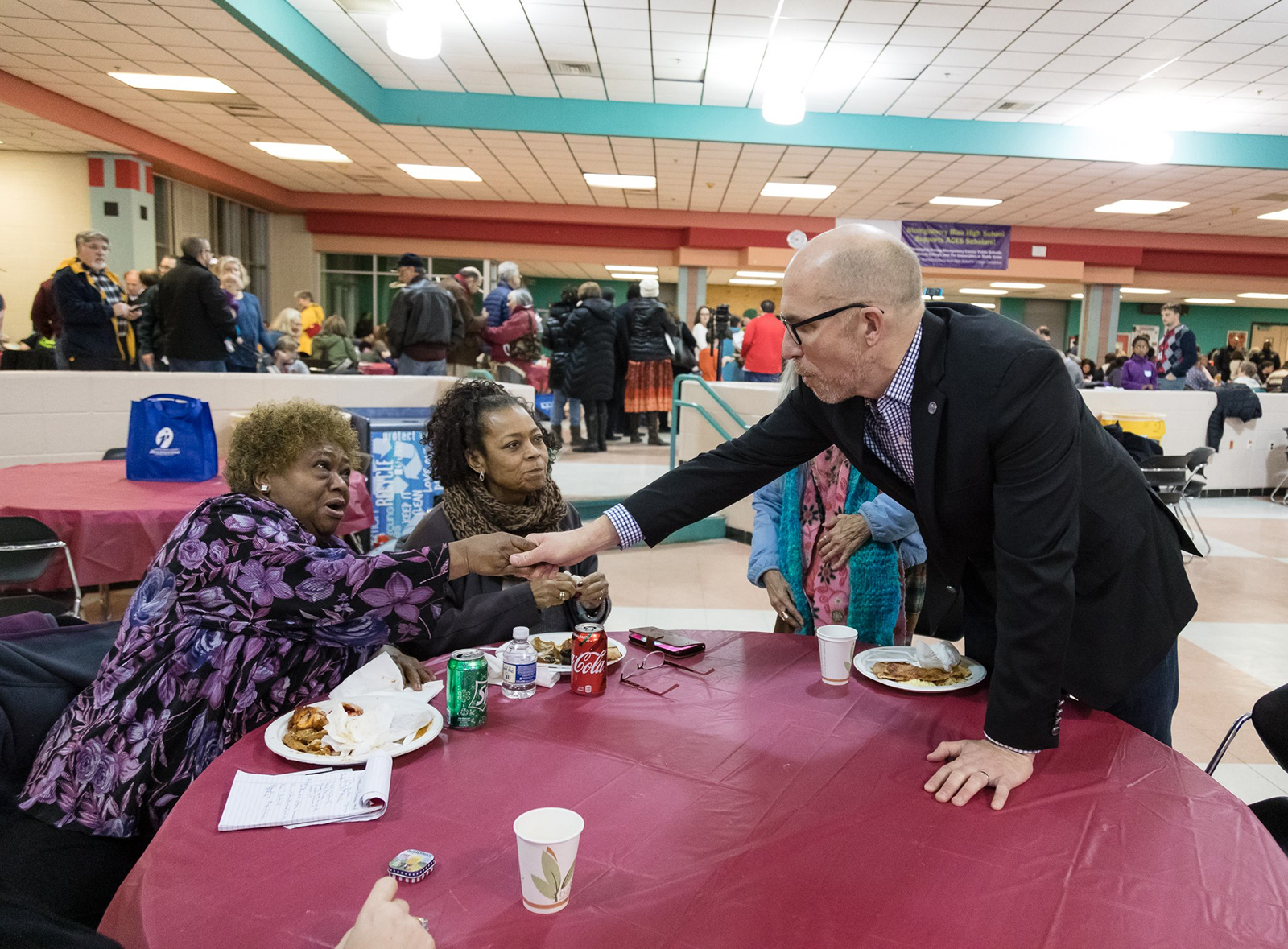 In order to filter by the "in queue" property, you need to add the Entityqueue: Queue relationship.
In the midst of a record federal government shutdown, counties are reaching out to help furloughed workers

When Montgomery County, Md. Councilmember Tom Hucker put out word that he was hosting a “Shutdown Social” potluck for federal workers furloughed due to the government shutdown, he had no idea that more than 600 people would show up.

“I was struck by how many people...when you see hundreds of them in one place, it really is impactful,” Hucker said. Restaurants donated dinner and bands played to give furloughed feds a night out.

“A lot of people said they felt supported by the community,” he said. “They felt like we had their back.”

The county had tables set up to help people with questions on housing and human services and also arranged for utility companies and others to brief residents who might need help with bills.

It’s not just counties near the D.C. area that are getting hit. It’s also furloughed workers in places like Alaska, New Mexico, Alabama and South Dakota. Federal workers in communities across the country are reeling four weeks into the longest federal government shutdown in American history. The partial government shutdown is due to a dispute over funding of a wall along the country’s border with Mexico, a measure that failed in the Senate.

In addition to fears about future federal funding for county programs (see box, this page), county officials are also looking at impacts to everything from tourism to crash investigations. Counties are feeling the heat and helping out where they can.

In Utah, Washington County is spending $1,000 a day, partnering with others to fund trash pickup at Zion National Park, the area’s biggest money maker. In Hawaii, Volcanoes National Park is being kept partially open during the busiest tourism season thanks to donations and a pledge from Hawaii County to fund three days for about $38,000, if needed; funding would come from the county’s department of Research and Development.

The federal government shutdown forced Saginaw County, Mich. sheriff’s deputies into duty. A plane crash left a man dead and the sheriff’s office called the Federal Aviation Administration (FAA) to investigate the crash. Because of the shutdown, the FAA directed the county to guard the scene and not touch anything, aside from removing the pilot’s body, Sheriff Bill Federspiel said. The FAA initially wanted to have its own medical examiner do the autopsy, but with that timeline unclear, Saginaw County performed it using a special kit sent by the FAA. Federspiel said he hoped the FAA would reimburse the county for his department’s time spent protecting the scene.

Closer to the nation’s capital, Northern Virginia counts about 178,000 federal employees, with many in Fairfax County, home to the Central Intelligence Agency, the National Reconnaissance Office and the U.S. Fish & Wildlife Service.

“It’s not unlike a factory town when the factory is shut down and everyone’s at home stressed out and waiting,” said Fairfax County Supervisor John Cook. “We’re a government town and the government is our factory. It’s a pretty big deal when our number one employer closes its doors.”

The county is stepping up to help by offering free rides on county buses and reducing fees for childcare, he said. The county held a job fair for substitute teacher positions which attracted a lot of furloughed workers. “We’re in the stage right now where we’ve asked all the county agencies to find ways we can help,” Cook said.

In nearby Prince George’s County, Md., county officials there offered up a relief package on Day 20 of the shutdown and like other counties, set up a website of resources for residents. The county waived fees for its fitness centers as well as for before and after childcare at park and rec centers. The county also has an emergency relief fund to help furloughed workers. “I have authorized our county budget director to put an additional $70,000 into our Emergency Assistance Fund, giving us a total of $150,000 to help those with immediate financial need,” County Executive Angela Alsobrooks said. The fund can help with items such as delinquent mortgages, utility bills and other financial needs.

The shutdown could impact counties in a number of ways, with funding tied to federal agencies. Here’s a look: