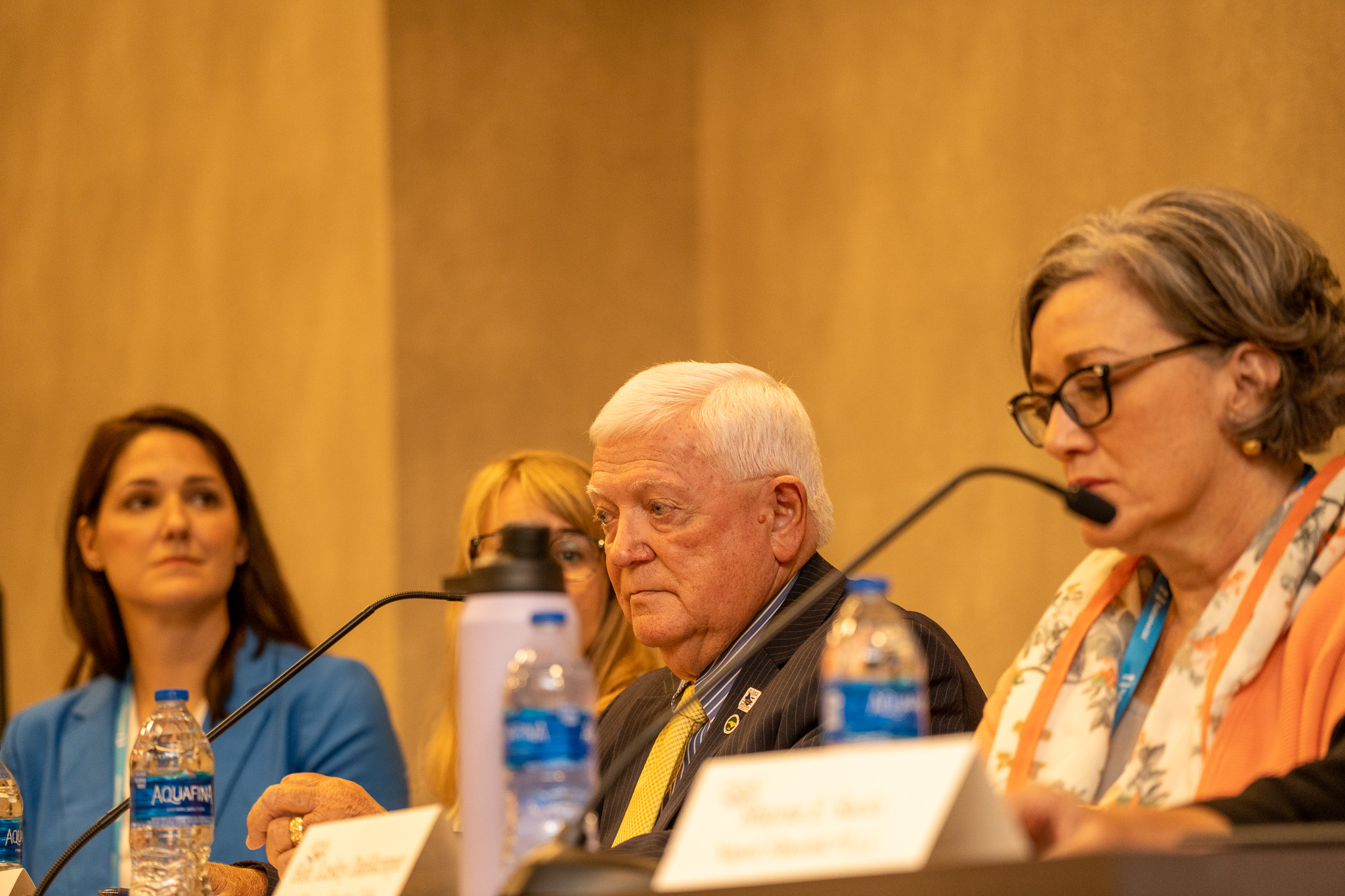 With counties poised to receive much-needed funding from the national opioid settlement, planning on investment of those funds is reaching full speed.

Still calculating the cost of the services they deployed to meet the needs of the painkiller-turned-heroin epidemic, the general sense was the counties are taking a careful look at how the funding can best be allocated. The epidemic, largely fueled by legal prescriptions of painkillers, marketed in a way that suggested they would not be habit forming, stressed county budgets from law enforcement, to rehabilitation, to the foster system and coroner’s office.

The $26 billion from the manufacturers, distributors and pharmacies involved in the painkiller process will be split among state and local governments.

“The 911 center overwhelmed with calls and actions, our law enforcement, ambulance, all the other life support type programs we run… the county is touched in so many ways,” said NACo Immediate President Gary Moore, the Boone County, Ky. judge/executive who served as co-chair of NACo’s joint opioid task force with the National League of Cities.

In addition to counties formulating their own plan for their share of the settlement, NACo has launched its Opioid Solutions Center, which will help guide counties evaluating their needs and deliberating about spending and as a resource for counties as they battle addiction in their communities. In addition to providing case studies, the center includes a 15-page document on approved uses of the funds.

Partnering with the Substance Abuse and Mental Health Services Administration (SAMHSA), the center includes a free helpline for technical assistance for counties.

NACo will also convene a national leadership network of 20-25 counties who are committed to addressing substance abuse disorder in their communities.

“This group is going to get a master class in substance use disorder and we'll support mini-convenings, travel to each other’s communities to really see those solutions in practice,” said Ashleigh Holland, director of NACo’s Counties Futures Lab.

Attorney Shayna Sacks diagrammed the results of the multi-district litigation. She represents 200 governmental entities around the country, with 115 counties among them.

“The idea is that before Christmas, everybody is going to have one payment from Johnson & Johnson and two from the distributors, so it’s going to be a nice big influx,” she said. “Approved uses… were designed to be extremely broad to ensure that everybody will be able to use the money towards abatement.”

She explained how counties’ willingness to sign onto state settlements benefited both levels of government, giving them larger allocations for expediting their settlement process.

Jefferson County, Colo. Commissioner Lesley Dahlkemper described how her state’s recognition of existing regions will help regional partner counties better assess their local needs and plan to address them. She recounted the stories of four local residents in recovery, describing their accomplishments.

“I share their powerful stories with you because we know that people can recover, and this is why the decisions we make as county commissioners locally regarding the settlement money matters so much,” she said. “It truly is about saving lives.”

Burke County, N.C. Commissioner Johnnie Carswell shared the story of his son, who died after decades of substance use disorder and the reverberating effects that had on his family, including his granddaughter, who he adopted.

Nearly 10 years of reliving how repeated efforts to help his son failed has helped Carswell target what he sees as an obvious fix, after watching monthlong rehab stints serve as Band-Aids.

Burke County is renovating its shuttered jail to become a regional rehabilitation center, thanks to $3.25 million from the state and service agreements with 11 nearby counties.

“We can remodel that whole confinement center to use it as a rehabilitation center, and we are not going to use the traditional 30-60-90-day programs that most people experience,” he said. “The recovery program that we want to put in place will be for however long it takes someone to recover.”