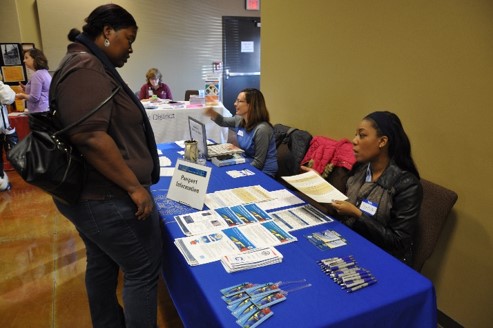 An estimated 70 million adults in the United States —one in three — have some sort of criminal record.

A criminal record affects the individual, his or her family and the larger community:

87 percent of employers conduct criminal background checks on some or all applicants, which can make it difficult for individuals with a record to obtain jobs. A criminal record reduces the likelihood of receiving a job offer by nearly 50 percent.

Because of a criminal record, 180,000 women are subject to a lifetime ban on Temporary Assistance for Needy Families benefits.

The U.S. economy loses about $82 billion in annual GDP when people with records are under-employed.

Criminal records have greater impacts on people and communities of color.

To modify the impact a criminal conviction can bring, 48 states and the District of Columbia have some type of record clearance policy for felony and misdemeanor convictions. A number of counties are setting up clinics, summits or other events to support community members who are facing collateral consequences such as lack of access to jobs, schools and public assistance as a result of prior convictions.

Fresh Start is publicized at local events, through flyers and posters in the courthouse, and with specialized business cards available from public defender staff.

NACo recently partnered with The Council of State Governments Justice Center to launch the Clean Slate Clearinghouse, a new online tool that provides access to state statutory information related to criminal record clearance policies in all 50 states and U.S. territories, as well as resources for individuals seeking to have their records cleared.

“Before I became head of the Hamilton County Public Defender’s Office in 2012, nobody in the office was filing expungement applications,” said Hamilton County Public Defender Raymond A. Faller. “This wasn’t right. We started the Fresh Start Expungement Clinic in 2013 to provide this service to our clients. Many wonder why we bother but many more understand and are supportive. Our clinic helps people move on with their lives, get jobs, pay taxes and become productive citizens again.”

Since the inception of Fresh Start, Hamilton County Public Defender employees have helped nearly 4,000 members of their community to clear their criminal records.

Approximately 1,900 individuals who came to the clinic between October 2013 and February 2018 were eligible to have their records cleared and more than 5,800 cases were sealed, including dismissed charges. This number does not include additional Juvenile Court records that have been sealed or expunged for clients.

But depending onthe state, expunged or sealed records:

The Champaign County Circuit Clerk’s Office hosts an annual Expungement and Record Sealing Summit in partnership with the Sheriff’s Office, county IT department, churches, local transit, the courts and state and local policymakers.

The one-day summit is held on a Saturday in the fall and is designed to provide free legal assistance to those who wish to clear their criminal records. Participants meet with volunteer attorneys who review their criminal history, advise them on what remedies they may apply for and help prepare petitions. Qualified petitions can be filed on site at no cost to the client.

The summit is promoted to community members over social media and radio ads. The first summit was held in October 2016 and was staffed by 75 volunteer attorneys and students from the local law school who were trained to file petitions. More than 500 people showed up to file petitions to have their records expunged.

Many of these individuals were seeking expungement of more than one criminal record. Of the 624 petitions filed for sealing or expungement at that summit, nearly three-quarters (451) were granted.

About half of those that were denied were due to outstanding court fines and fees. Acknowledging this barrier, the clerk of the court held a one-time Amnesty Week in October 2017 for people with outstanding criminal or traffic fines and fees. During Amnesty Week, all collection and late fees were waived if a person paid off their entire case. In some cases, this saved individuals up to 30 percent of what they owed to the courts.

In the first two years of the summit, more than 1,400 petitions were filed. Summit participants reported that their greatest reason for seeking to clear their criminal record was to find emplyment.

“The Expungement and Record Sealing Summit is an opportunity for county government to go beyond services we are required to provide and to look for ways we can be proactive: demystifying the very complicated legal process of record clearance and the removal of any financial barriers to participation,” said Katie M. Blakeman, clerk of the Circuit Court. “This event is the most rewarding work I get to do all year, in that it is one of the few opportunities we have to directly impact the lives of Champaign County residents.

“The collaboration and enthusiastic support of so many local government organizations and social service agencies is truly unique, and Champaign County should be proud of coming together to help our neighbors find a second chance.”

Nastassia Walsh is Associate Program Director for Community Health and Justice at NACo. In this role, she oversees educational programming, peer-to-peer engagement and technical assistance on strategies related to health, behavioral health, justice, public safety and other related topics.