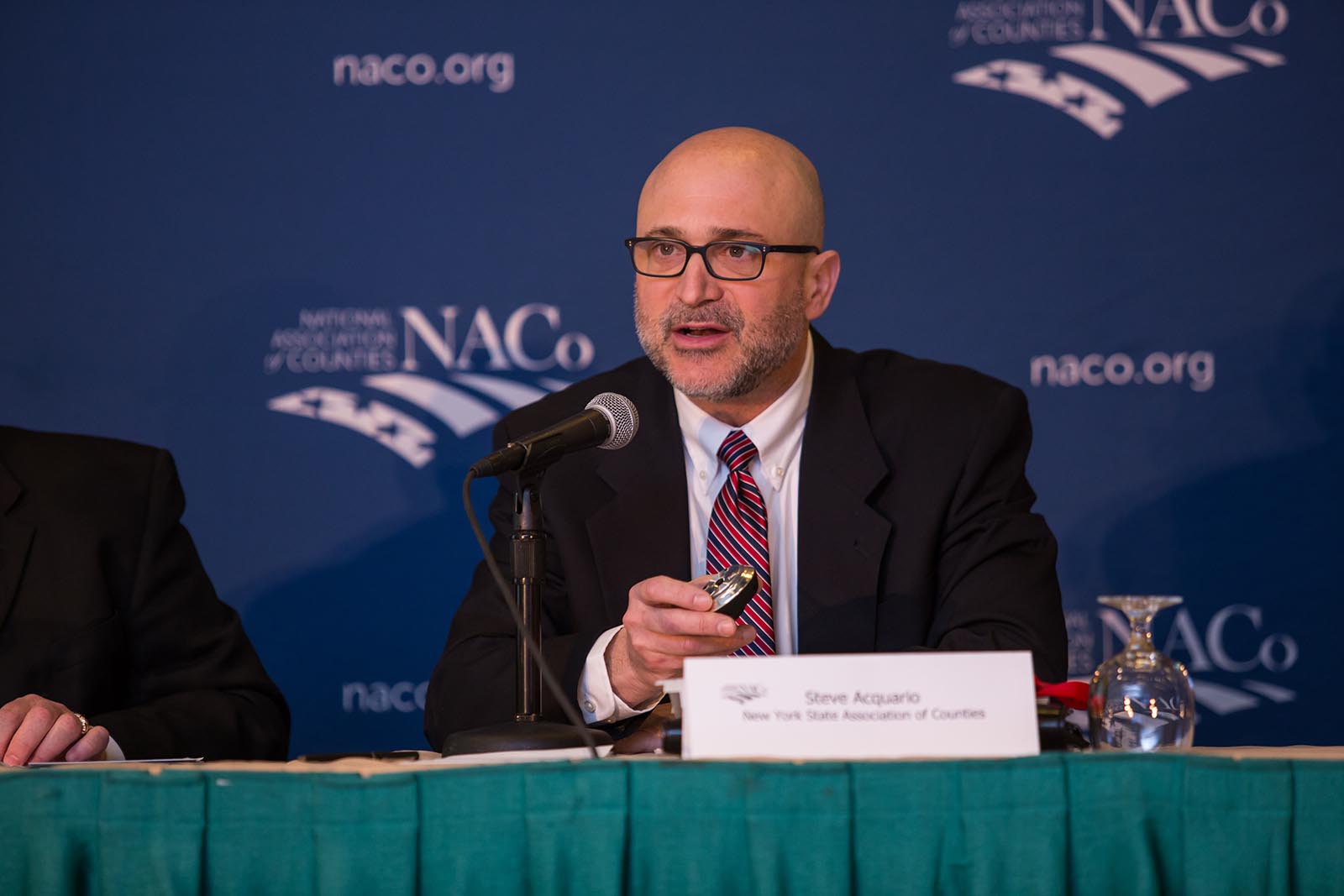 Counties should calculate what they're spending to fight #opioid epidemic, consider state or federal lawsuit

With the federal government announcing its intent to file a lawsuit against the producers and sellers of opioid-based painkillers, county officials may wonder why their hundreds of peers are filing their own suits, either in state or federal court.

“Because we help the most. We provide the most services to those in need and the public at large,” said Steve Acquario, executive director of the New York State Association of Counties.

Those services are in high demand as a generation of people, sold on the promise of non-addictive pain relief by doctors they trusted, blew up in their faces and left many addicted and often turning to heroin when their supply of the drugs dry out.

Counties, from human service agencies to law enforcement to medical examiners’ officers, are left to address the effects.

For Palm Beach County, Fla., that has meant a 509-percent increase in the number of overdose deaths in the last four years, with 1,200 deaths over the last two years.

Numbers are higher, County Mayor Melissa McKinlay said, because of the volume of people who travel from out of state for addiction treatment services that are plentiful in Florida.

“They don’t have these kinds of services in West Virginia,” she said. “When people come out of treatment and they don’t have a place to stay, they wind up in our shelters and that drives up our costs even more.”

Mark O’Connell, executive director of the Wisconsin Counties Association, described his association’s effort to recruit the state’s 75 counties into the federal lawsuit being settled.

Acquario added, “This is not to put these manufacturers out of business, it’s to put them in their place.”

Amy Bason, general counsel and deputy director for the North Carolina Association of County Commissioners, said that even though it was too early to begin determining damages in the lawsuits, it wasn’t too early for counties to start adding up their costs associated with the opioid epidemic.

“Even if you’re not sure what damages you have or how to quantify those damages, start talking to folks in your county, law enforcement, social services, to get an idea of the magnitude of the problem and how you might be able to quantify the damages,” she said.