Counties losing millennials, new business due to lack of internet 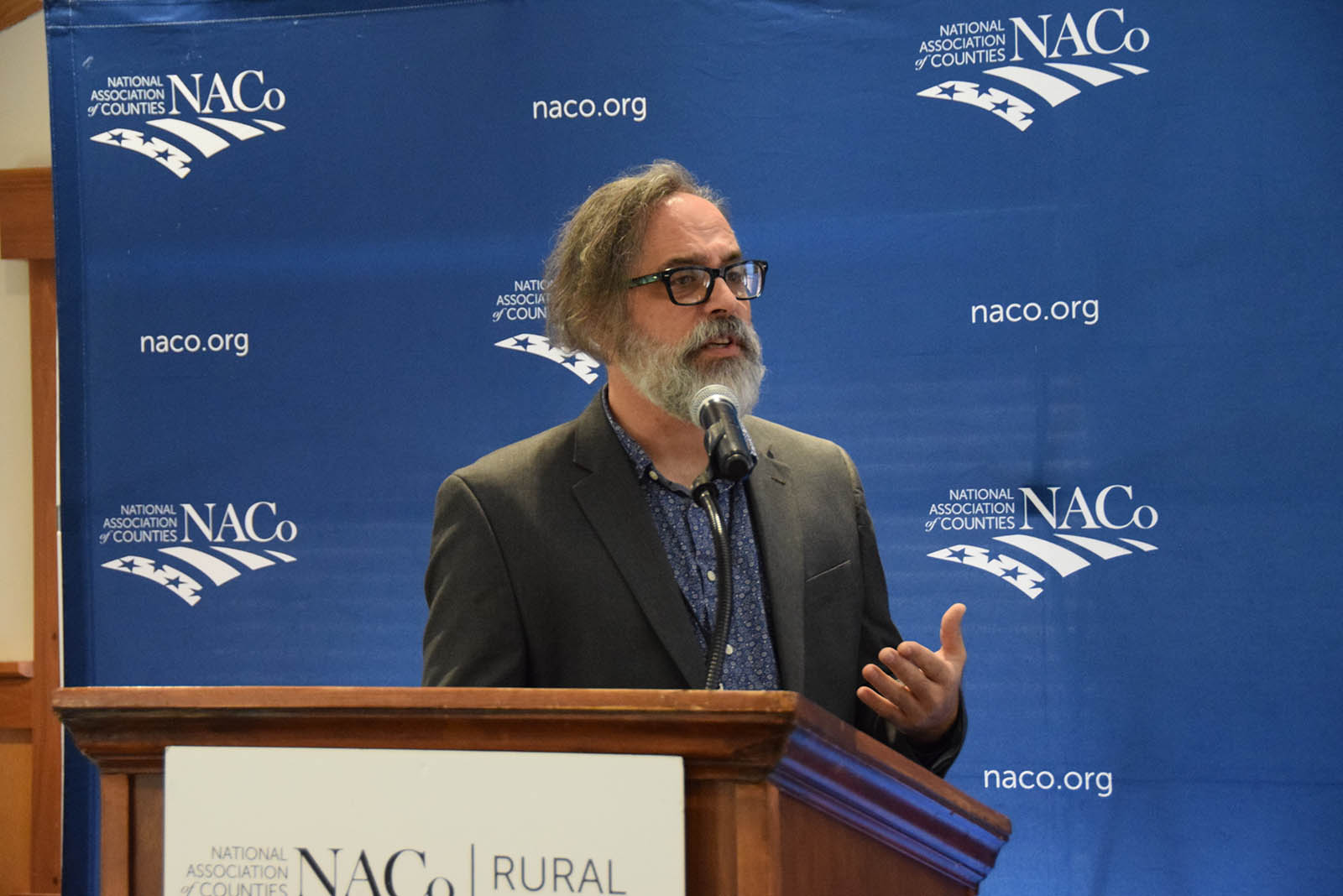 Chris Ritzo of Measurement Labs gives RAC Summit attendees an inside look at the TestIT app. Photo by Charlie Ban

In a modern economy, internet connectivity is like oxygen. Without it, ideas that could catch fire are extinguished before they can spread.

Members of NACo’s Rural Action Caucus, many of whom have spotty internet access and can speak from experience, discussed the limitations broadband access has on their economic vitality.

Vance Stuehrenberg, a Blue Earth County, Minn. commissioner, pointed out that for some, even thinking about internet service was a luxury.

“There are parts of northern Minnesota where they don’t even have phone service,” he said during the RAC Summit Oct. 11-12 in Essex County, N.Y.

“It’s not just for traditional business, either,” he noted. “Farmers, these days, their equipment is internet-based, and they have to be able to download fertilizer data and seed data if the equipment is going to work as it’s intended.”

Lack of broadband access can be a scarlet letter for a community.

“New businesses, whenever they come to town, they ask ‘What is your broadband access, what is your internet speed?’” said Cooke County, Texas Judge Jason Brinkley. “If that is not sufficient, they’re probably going to look elsewhere.”

And it’s not just business.

“Whenever 20-somethings and 30-somethings are looking to come home and start a family, if you don’t have internet access, they might move somewhere else, maybe a small town that does have internet,” Brinkley said.

Connectivity can have a major impact on public safety and justice. In some places, even within buildings, sheriffs’ deputies can’t reach dispatch centers.

In Coos County, Ore., when a timber patrol deputy didn’t return home at the end of a shift, a search and rescue operation found him, deceased, 12 hours later.

“We have an unincorporated area 15 miles away from anywhere else and a snowstorm knocked out their communications for a week,” Coos County Commissioner Melissa Cribbins said. “There are a lot of times our security cameras can’t connect in our own house.”

She said just starting to get connected is a challenge for some rural counties, with the cost of expanding services serving as an albatross.

“It’s difficult to get them to come to the table,” she said. “It’s hard to find a good point of contact in telecom companies.”

Though federal legislation to the same end has not moved, 11 states have established “dig once” policies for state road projects.

That policy requires road reconstruction to include placement of a conduit through which fiber optic cables can be run.