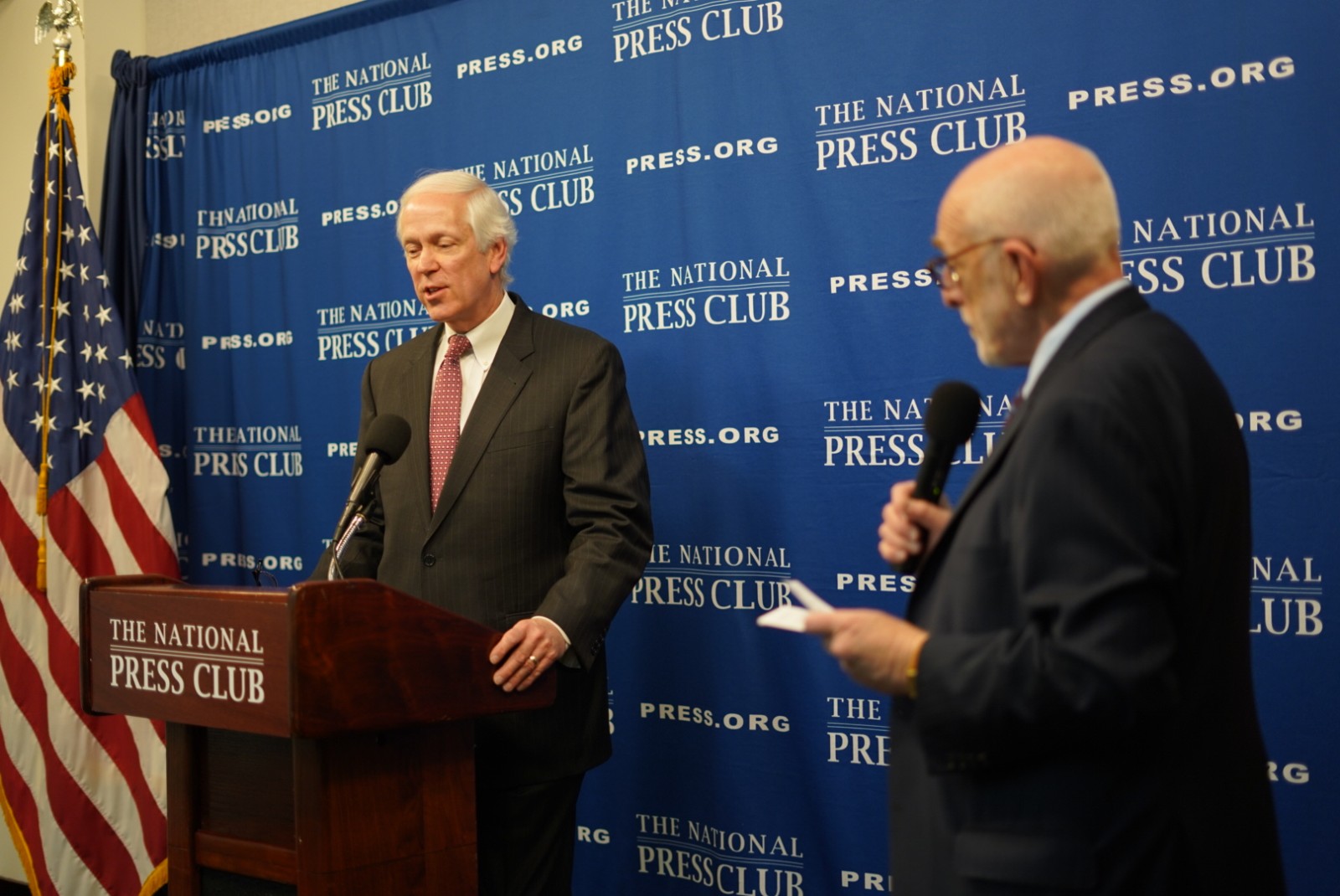 Responding to the novel coronavirus outbreak has been like shoring up the foundation of a house built on sand.

The World Health Organization has reported almost 125,000 cases in 118 countries as of March 11. Within those numbers, the United States totaled 36 deaths among 1,215 confirmed cases in 42 states and the District of Columbia, according to the Centers for Disease Control and Prevention.

On March 6, President Trump signed a bill totaling $8.3 billion that would allocate $2.2 billion in public health funding ($1 billion of that for state and local preparedness grants), with each state receiving at least $4 million. It also includes $100 million in supplemental appropriations for Community Health Centers (CHC) — a key priority for counties as health safety-net providers.

Handling stress and anxiety of coronavirus fears in your county

The disease’s two-week incubation period and symptoms similar to the common cold, along with the frequency and ease of travel, has presented a challenge in detecting and predicting new cases. But, the decentralized nature of county public health departments is playing a key role in defending against things getting worse.

“Public health personnel have been running at 100 mph since January, monitoring the disease before it even came to this country,” said Adriane Casalotti, chief of government and public affairs at the National Association of County and City Health Officials. “Every day the story changes; every four hours, the story changes. They have to be nimble and focused to be able to cut through the noise to do the work but also recognize how the reality on the ground has changed, and act.”

“You can always read a paper that says the best practice for any given health issue is X, but if that doesn’t fit your community context or needs to be translated into having an older population or one that has a large number of people who are experiencing homelessness or one where a lot of kids are dropping out of schools,  you have to understand the nuances of your community so you can then implement public health best practices,” she said.

That has meant limits on the size of public gatherings in some counties, building closures and school cancellations in others, and for some health departments, innovations like drive-through testing centers for the virus.

It also means being ready to adjust.

On March 10, Sacramento County, Calif. dropped a 14-day quarantine order for anyone who had been exposed to the virus, the time period during which symptoms would appear.

“Their ability to not only communicate that but pivot was really critical,” Casalotti said. “Many communities are probably in that spectrum, it’s not a binary choice of mitigation or containment. Every day, they’re looking at the numbers, looking at the spread in their community and figuring out where they need to be targeting their limited resources.

“You need to have all the options on the table and think creatively about how you want to achieve your public health goals while also doing so in an efficient way and a way that doesn’t put people at risk.”

Fayette County, W.Va. is considering joining the counties, cities and hospitals that have set up testing sites that allow residents to be tested while in their cars.

“We want to know who is sick — that’s how we get the broader picture of what we’re facing and more accurately address coronavirus, you want people to get tested,” Casalotti said. “At the same time, you don’t want someone who has coronavirus going into a waiting room at an urgent care or their physician’s office or an emergency room and potentially spreading the disease.”

Out of sight, not out of mind

Tucked away in northwest Wyoming, Teton County is far from the hotbeds of coronavirus activity. But Jodie Pond is not resting easy.

The director of the county’s health department can see up the road to Grand Teton National Park, Yellowstone National Park, the Jackson Hole Airport — the motives and the method for someone infected with coronavirus to enter her county.

“We’re not typical of the rest of Wyoming,” she said. “If we made a bet, my money would be on the first case being in Teton County. We’ve been following and preparing since we heard about this — we have a high number of Chinese visitors to the parks. We’re 25,000 people but on any given day in the summer we’re 60,000 more, so there are a lot of people coming and going.”

Coronavirus hit the news days after the end of a statewide flu exercise.

She is consulting with county officials to figure out the fate of two events in the county that could bring in 30,000 people.

“We’re trying to understand when we should cancel those events and make the right decision,” she said. “We will be importing a case if we hold those events, we’ll be bringing coronavirus to our community if it’s not already here.”

Washington state was already dealing with a Hepatitis A outbreak before Snohomish and King counties started seeing domestic cases of coronavirus.

“We’re essentially going to let it get worse because coronavirus is more severe, but that speaks to the importance to bolstering local public health so we can provide all critical functions all the time,” said Jaime Bodden, managing director of the Washington State Association of Local Public Health Officials.

Washington had been, until recently, a picture of the liability that comes with a county-based public health system, after an automobile tax repeal in 2000 gutted funding for public health departments.

“Not all entities are created equal to be able to fund a local public health service,” said Eric Johnson, executive director of the Washington Association of Counties. “You have 3,069 counties, with different tax base structures, different revenue structures, so when you’re trying to deliver what should be a really uniform system across the state based on a local funding capacity, that makes it very problematic.”

“It’s a clear understanding of the role the state has in assuring access to resources and funding for our local health jurisdictions to deliver a core set of  foundational public health services regardless,” Johnson said.

“Whether you live in King County with 2.2 million people or Garfield County with 2,200 people, those citizens have equal access to the delivery of a core set of public health services delivered by the locals, funded by the state.”

For instance, Garfield County might not need a full-time epidemiologist on staff, but it now has access to one. The program also binds the 35 different health organizations that cover the state’s 39 counties in terms of communications.

“When you’re in Spokane you’re getting that same consistent message as you are when you’re traveling to the west, and that’s really important in times of emergency where you need to have consistent messaging to be that respected place of information,” Bodden said. Battling rumors about the disease further distracts other efforts.

“Clearly there’s a statewide message around coronavirus but there’s also a customized local message that needs to occur, every jurisdiction is at a different stage with the virus, so this really helps us to communicate.”

“This issue does not know a political boundary,” Johnson said. “We need a geographic solution. Now that we’re in the midst of this crisis, those years of building those relationships with the state are really paying off.”

Despite the groundwork, Bodden and Johnson expect coronavirus to grow in Washington state, both in number and severity. As of March 12, King, Snohomish and Pierce counties have restrictions on the size of gatherings allowed to take place. Johnson expects that number to at least double in a week, with possible statewide restrictions.

“The whole goal of this is to try to not to create a surge (in patients) that shuts down our healthcare system, slow the wave as much as possible because people will still be breaking their arms, getting the flu and needing the hospital for things that aren’t related to the coronavirus,” Bodden said. “And our public health departments still have restaurant inspections to do, we still have food handlers’ permits to issue, we still have septic systems to inspect.”