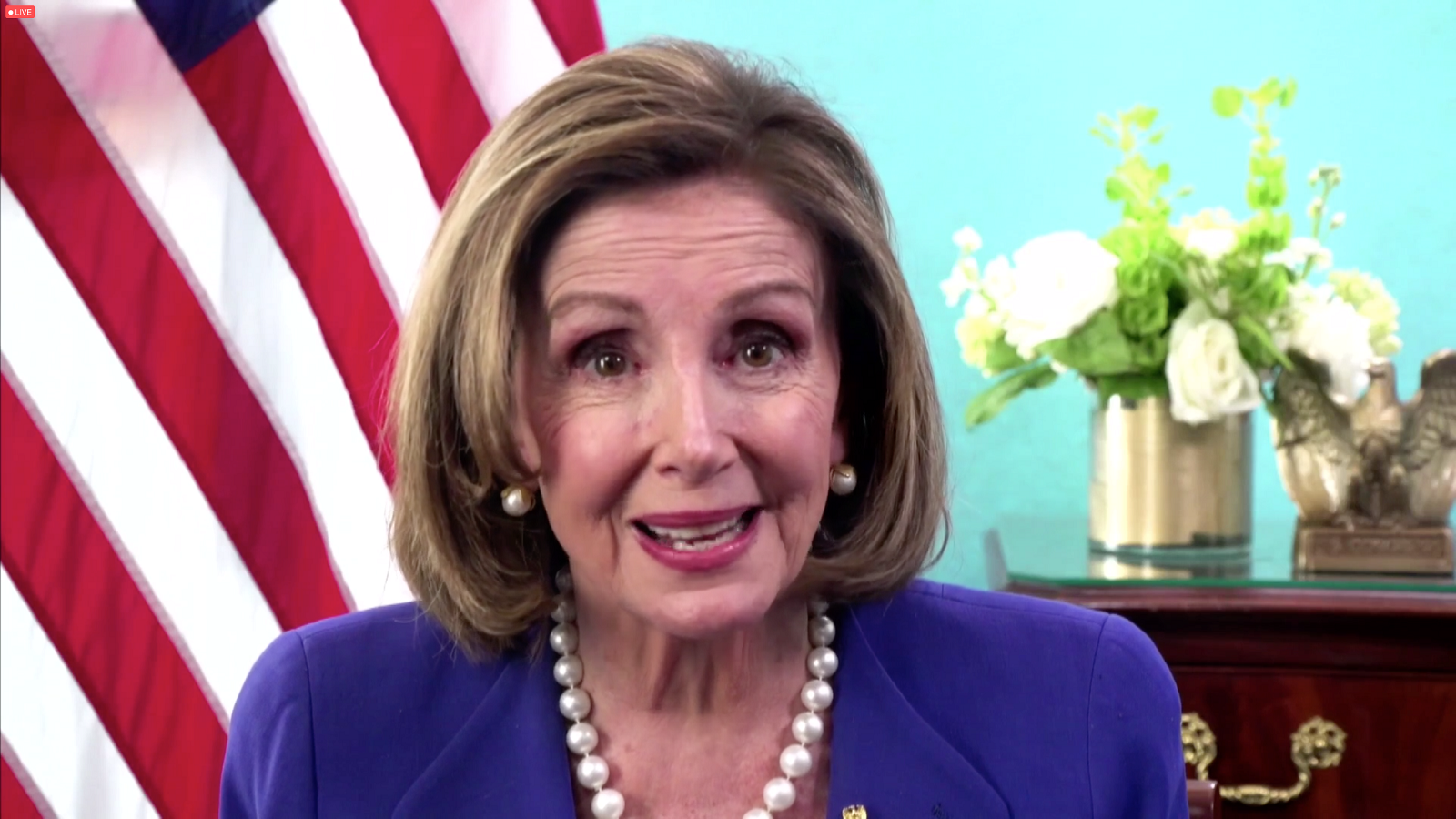 In order to filter by the "in queue" property, you need to add the Entityqueue: Queue relationship.
House Speaker Nancy Pelosi. about the American Rescue Plan: “This landmark legislation is one of the most consequential and transformative bills in recent memory.” Sens. Bill Cassidy, Bob Menendez also speak

“The leadership of NACo was critical to pass this bill to strengthen local communities and build a brighter future for all Americans,” House Speaker Nancy Pelosi (D-Calif.) said March 24. “Local leaders can use funds in a way that you know is best, including addressing revenue loss and the health and economic impacts of the pandemic.”

She recognized that counties have been fundamental to responding to the pandemic’s effects, both in terms of Americans’ health and the economic consequences that have resulted.

“You have witnessed up close the staggering toll the virus has inflicted on our nation – over a half a million tragically dead, 18 million still on unemployment and millions more unsure how to put food on the table or keep the roof over their heads,” she said. “This month, with Congress passing and President Biden signing the American Rescue Plan, help is on the way.”

Pelosi’s chamber was the first to pass the bill.

“This landmark legislation is one of the most consequential and transformative bills in recent memory,” she said. “This plan is a beacon of hope for America’s families and struggling small businesses that puts vaccines in people’s arms, money in people’s pockets, children safely back in school and people back in jobs.”

Sen. Bill Cassidy (R-La.) said NACo was crucial in communicating the need for counties to have their own direct funding, separate from their states.

“Because of your input, we were able to carve out a portion for that which was not going to the state but going to counties, parishes and localities,” he said. “It actually gives us a model of how we can continue to work together.”

Cassidy said he looks forward to the coming infrastructure bill, signaling his openness to different approaches, but preaching pragmatism.

“We need to make sure money is spent wisely,” he said. “The administration says they want to put in a so-called green infrastructure [plan]. It has promise, but it certainly should accommodate the need as opposed to asking people to accommodate the concept.”

“Former state Sen. Gerald Long is going out to local governments to help them harmonize their regulations so that if somebody comes through with a 5G opportunity, everybody’s ready,” he said.

Menendez: ‘This is a red, white and blue issue’

With the passing of the American Rescue Plan, Sen. Bob Menendez (D-N.J.), who started his career at the local level as mayor of Union City, expressed his gratitude for NACo members’ efforts in working to deliver fiscal relief for state and local governments.

Menendez served as an ally for counties in the fight to restore more resources for local governments in response to the pandemic.

“As COVID-19 spread throughout the country, so did the financial strain on county and local governments that face soaring coronavirus response costs and plummeting tax revenues,” he said. “That’s what led me to take up the cause of emergency aid to state and local governments. I was there. I understand what you all do at the county level of government.”

Menendez’s legislation, the SMART Act, was the first to provide direct funding to every state, county and municipality in the country regardless of size.

“I kept reminding my colleagues when we talked about these issues, this is not a red or blue issue — this is a red, white and blue issue,” he said.

He said the passing of the American Rescue Plan has taken bold action to end the pandemic and begin to improve the economy.

Modeled after the SMART Act, the plan sends $350 billion in direct, flexible aid to every state, county and municipality in the country. Specifically, in New Jersey, this means more than $10 billion in fiscal relief with $1.8 billion split among the state’s 21 county governments, according to Menendez.

He said he had to continually make the case for this funding and remind his colleagues that this was about jobs and the essential roles that helped the country survive the pandemic. For local governments, over one million jobs have been lost since the pandemic began.

“In the latest jobs report we have from February, we saw our local governments shed another 44,000 jobs nationwide, in addition to the million that have been shed before that, even as demand for locally run services like housing assistance, emergency response and public health went through the roof,” he said.

Menendez said he is proud of the legislation and its many benefits for communities throughout the country in its efforts to safely reopen schools and lift low-income families and children out of poverty.

“To me, that’s what the American Rescue Plan is all about,” he said. “It’s about rescuing the American way of life.”