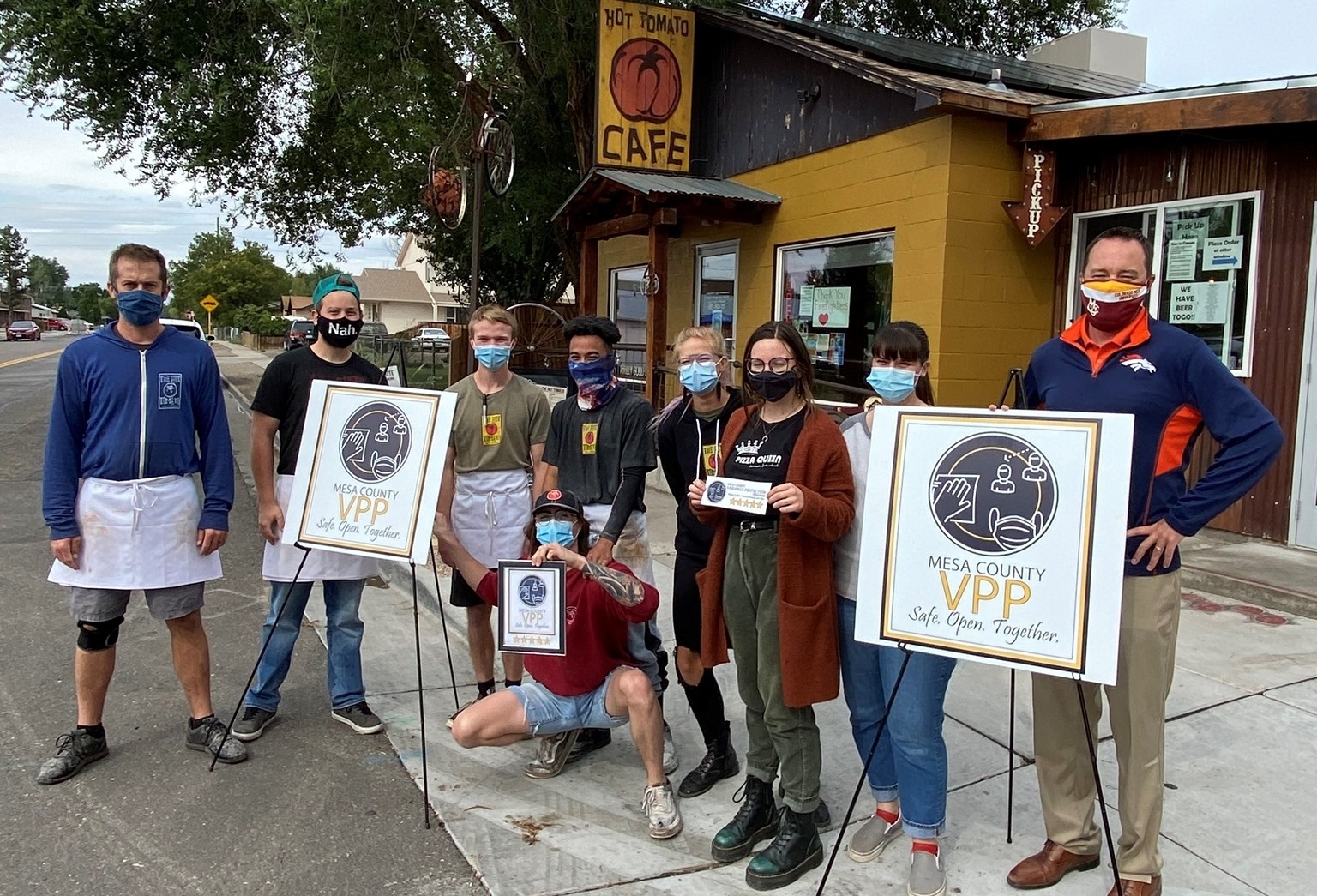 In order to filter by the "in queue" property, you need to add the Entityqueue: Queue relationship.
Rather than see them go rogue against COVID-19 restrictions, Mesa County, Colo. and the Grand Junction Chamber of Commerce are working with businesses to standardize safety measures

The numbers in Mesa County, Colo. held steady for three months at 200. Then, in November, 400 more. But these weren’t coronavirus cases, they were businesses signing on to demonstrate their commitment to safe operations during the pandemic.

Now, the county’s “Five Star” certification program, through the county health department and the Grand Junction Chamber of Commerce, has more than 600 local businesses following strict guidelines and the county’s groundwork during the first eight months of the pandemic is helping support the program even as infections rise.

The buy-in, according to Chamber President and CEO Diane Schwenke, has been dramatic.

“Early on, we didn’t have many people wearing masks, and there was some lip service being paid by some of our establishments because the overall risk factor was perceived as low,” she said. “We’ve wanted to approach this with a carrot, rather than a stick.”

Jeff Kuhr, executive director of the health department, has appreciated the help in opening a “second front” on the war against the pandemic with the chamber’s help.

“It was driven by people who wanted us to tell the community about them because they were doing everything they were supposed to, based on the guidelines.”

The program debuted in July, as restrictions began lifting to 30 percent of capacity, then 50 percent. As businesses opened up and requested variances, the health department brainstormed with the Chamber of Commerce on how to make the process more fluid.

“We were trying to figure out how we could get businesses to comply with best practices without inspecting every business and how to attract customers back into brick-and-mortar stores,” Schwenke said. “This was right about when the governor’s mask mandate was starting, and that seemed like the best first step.”

It was an opening to direct businesses to the best practices promoted by the Centers for Disease Control and Prevention and the state department of public health.

“There’s always a little hesitation in inviting a government entity to come and inspect your business,” she said. “Making it voluntary was key, and businesses didn’t have to pay or be a member of the chamber to participate.”

Participating businesses submit business safety plans, including the best practices, then submit to an inspection by county public health staff. If they score greater than 45 out of 55 on the inspection, with several mandatory criteria tailored to different industries, businesses are given a seal of approval for display on their windows and will be included in a comprehensive list of qualified businesses published daily by the county health department, chamber of commerce and the Grand Junction Daily Sentinel. Businesses that lose their certification are also listed.

But that isn’t all. As COVID cases increase in Mesa County, these Five-Star certified businesses have some insulation from tightened restrictions by virtue of their safety measures. They might not all be able to continue operating at the 50 percent of capacity at the county’s peak of relaxation, but restaurants can still offer limited on-premises seating.

“Mesa County held off the pandemic as long as we could,” Kuhr said, helped in part by the county’s inland location, a cocoon, as he put it, that provided a geographic buffer for the county and a head start to learn from first-wave counties’ experiences.

“We protected the nursing homes, the jail and our homeless population, and we had the staff to do vigorous contact-tracing to clamp down on community spread.”

What the county’s data has pointed to during its first wave of infections this fall, was informal but sustained gatherings of family and friends indoors.

“The state orders to close down businesses that are not the source of the infection was not the answer,” Kuhr said. “Why punish the businesses? We knew the sources of infection because we had been tracking it.”

Even as the number of participating businesses has increased, the county health department and the chamber of commerce have dedicated more personnel to managing the program and streamlining the inspection process.

“The underlying integrity of the program is valid,” Schwenke said.

“This has to be so hands-on; you also have to make sure you have capacity in the local health department [and] the local chamber to partner on the ground so they can do the work.”

The program has offered both continuity during the uptick and promotion for small businesses.

“We have a lot of small, mom-and-pop businesses and they don’t have the resources for marketing that the chains do, so we wanted to preserve as many of those as we can and the only way we do that is to make customers feel as comfortable as possible,” Schwenke said, noting the county’s recycling centers were full of cardboard boxes from internet retailers when businesses were initially restricted. “If you have this certification, you’re among the best of the best, and that means a lot to people when they are worried about if they’ll be safe while shopping.”

The Five Star program faced opposition in late November when the state government warned Mesa County that the program would not be viable under tighter restrictions. Kuhr, Schwenke, county commissioners, hospital CEOs and the Daily Sentinel publisher all lobbied Gov. Jared Polis (D), which not only changed his mind, but has sparked more interest in adapting the program statewide. Larimer and Douglas counties have inquired about implementing the program.

Mesa County is not in the clear yet, and the state health department still has the program on its watch list, but Kuhr remains confident the Five Star program is the right approach.

“We have some counties that have said ‘we’re not closing anything down, regardless of what the state orders,’” he said. “But I ask wouldn’t you rather have businesses open under a controlled environment rather than everyone going rogue?”