In order to filter by the "in queue" property, you need to add the Entityqueue: Queue relationship.
Greg Puckett saw character drain from his downtown while he was growing up. As an adult, he met an artist who could help bring it, and his county's economic vitality, back. 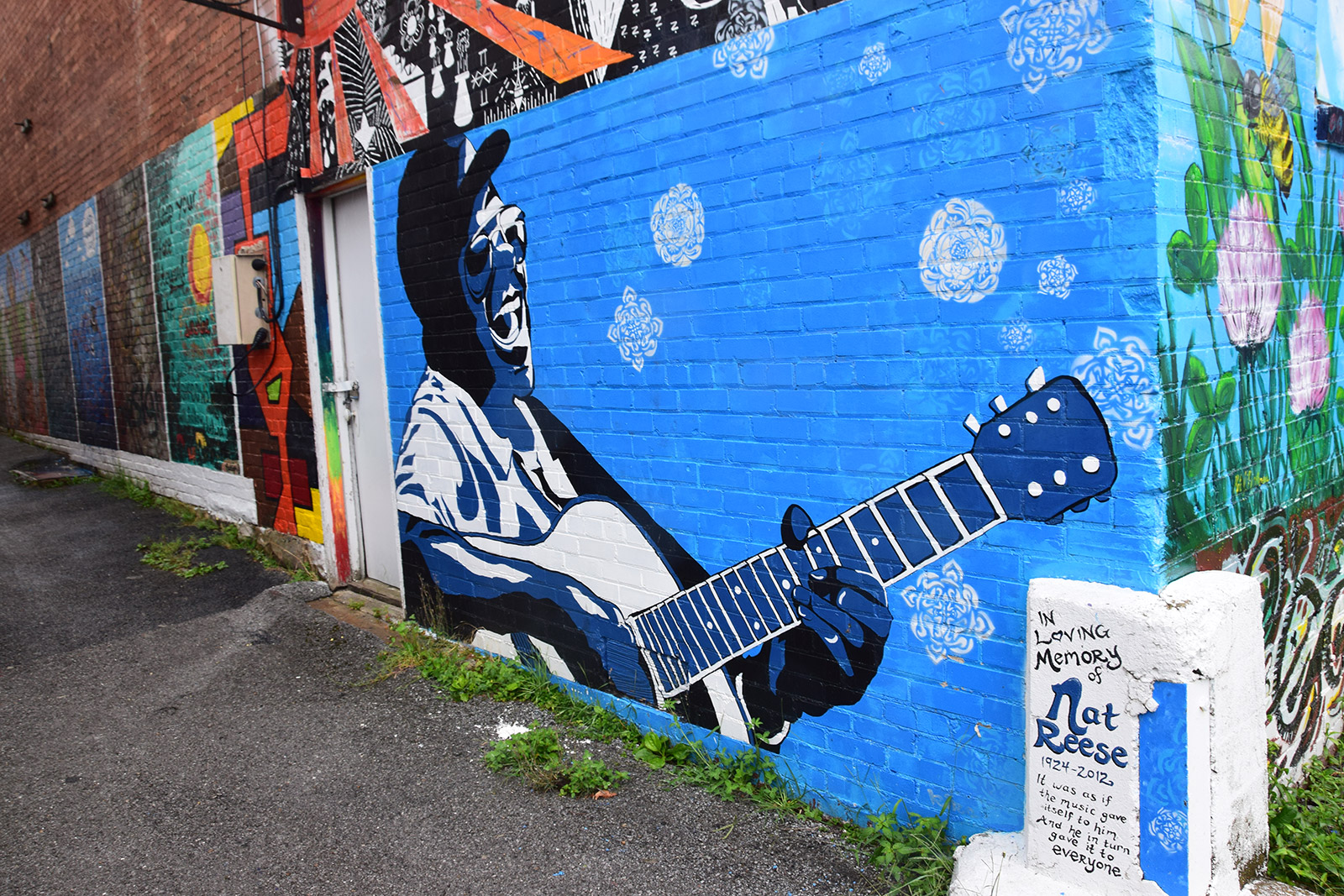 Growing up in Mercer County, W. Va., she was absorbed in her life of high school, music and tennis, the way many teenagers are. Downtown Princeton wasn’t a part of that; she was more likely to hang out at the Mercer Mall.

But without her, Mercer Street would likely not be what it is today, a colorful, lively corridor that is bustling with business.

Greg Puckett, a generation ahead of her, saw Mercer Street react reflexively when the mall’s opening changed the county’s commercial gravity in the ’80s and ’90s. Out were the days of cruising in hot rods — the city put an end to that — along with signs with big character on the storefronts. No skateboarding. The city tried to fight the cool, fluorescent competitor with an antiseptic approach of their own and it didn’t work.

“The mall drained business from two municipalities, consolidated retail in one location,” Puckett, now a Mercer County commissioner, said. “When that happened, it destroyed two downtowns. In a small community, that’s what happens, but the towns made every bad decision they could. They killed their character trying to compete.”

While studying theater in college, she spent a semester abroad in London. On a trip home afterward, she went downtown to Mercer Street and looked around. 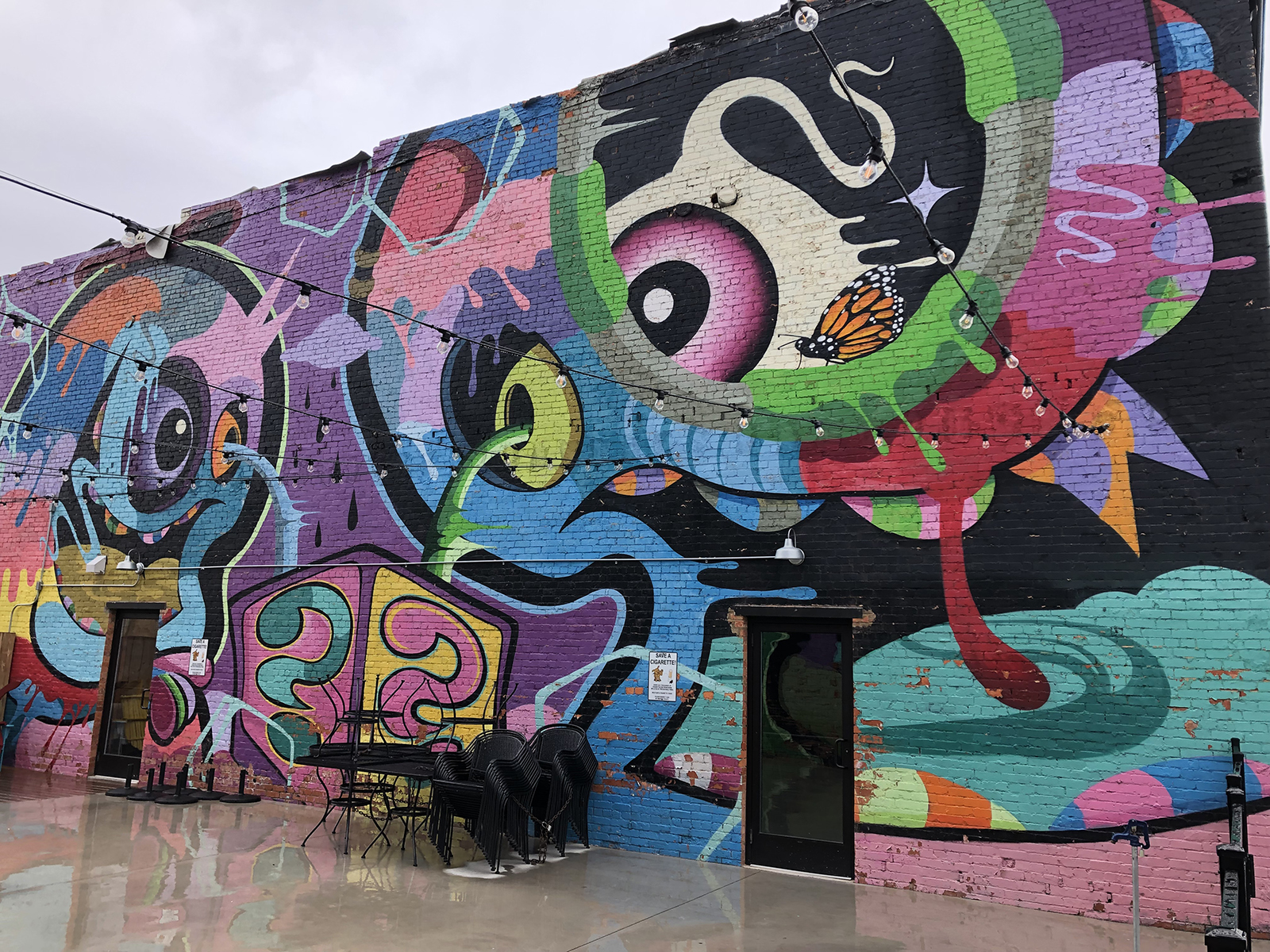 “I saw everything so differently,” she said. “I remember driving down Mercer Street, looking at the buildings and something in me clicked.”

Colored in part by her experiences abroad, she appreciated the architecture, the building stock and the opportunity.

“It dawned on me,” she said. “What is it that makes a city great? People, being there and making cool stuff happen. That can happen anywhere. Why not here?”

With her father’s help, she bought a building. In addition to housing her and her husband, it is home to her RiffRaff Arts Collective, which includes an art gallery, performance venues, practice space and a music school run by her sister. She started with one-day arts festivals downtown in 2004, which grew, and she eventually met Puckett, whose mother remembered her from school. Puckett was not yet a county commissioner, but was executive director of nonprofit Community Connections. It was Puckett’s support through Community Connections, along with the participation of several other civic leaders and organizations, that allowed the nonprofit Princeton Renaissance Project to take shape in 2013. He went a little beyond that. 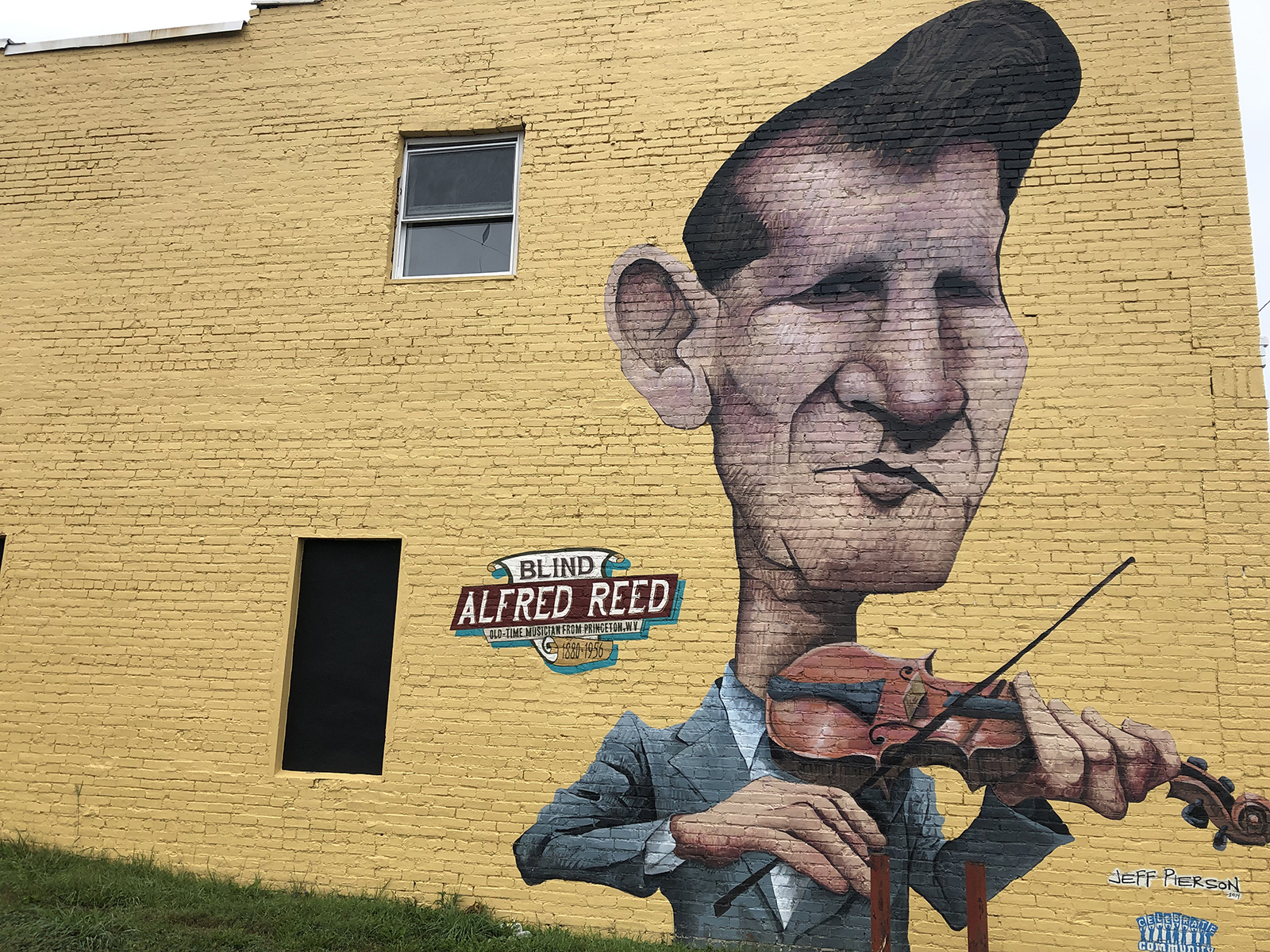 “I went to Greg (as Community Connections executive director) and asked if we could have a grant to paint a mural in town,” McKinney said. “He told us he would give us $1,000 but he didn’t want one mural. He wanted 10.”

Those murals were part of the character that helped draw people back to downtown Princeton, and eventually helped convince business owners to give Mercer Street a chance again.

“I know  that the arts changes communities, I knew when I’d travel and see how other places expressed themselves, it usually happened in art,” Puckett said. “It’s the voice of the community that reaches everyone who sees it. Rural communities should take a page from some urban communities — we each have a story to tell, and art is the most visible way to do that.”

McKinney saw the way forward, leading with the arts, akin to sociologist Richard Florida’s theories on urban regeneration made popular in Rise of the Creative Class, in which the presence of bohemians predicts economic development. But more simply, it shows Mercer Street in particular is a place to care about, where people are choosing to spend their time, effort and money. It was a signal that the community had life.

“When you change the physical design of the environment, then you change attitudes,” Puckett said. “You create the environment you want.” Now, the murals outnumber vacancies on Mercer Street, which McKinney thinks could be gone by the start of 2020. A coffee shop, a microbrewery, a beekeeper and a bookstore complement the hairdresser and professional offices.  “Lori’s become the de facto economic development director for Mercer Street,” Puckett said. “The city and the county can put the information together about vacancies, but she is the one selling the city to anyone who comes and checks (vacancies) out. She learned how to use arts and culture to sell economics, and now we have businesses that would never have thought about Mercer Street setting up shop here.” 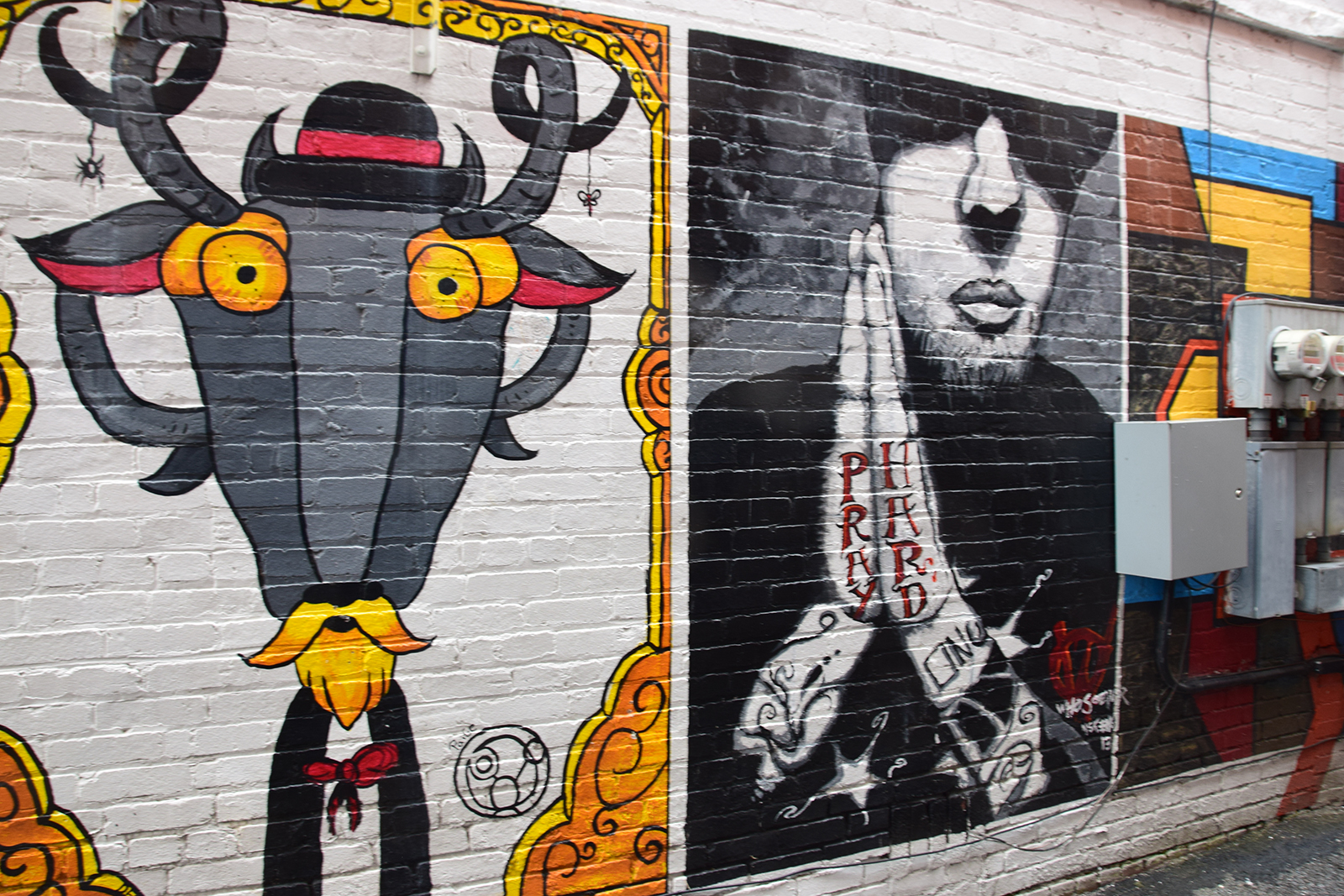 Beyond the murals, the Princeton Renaissance Project organizes a series of events, including street fairs, a New Year’s Eve party, a trick or treating fest on Halloween, art walks and regular community conversations, which invite public input. It hasn’t all gone perfectly. In 2013, Puckett set his sights on the city’s theater, arguing that the marquee was the strip’s crowning structure. A few months later, after buying the building, all the pipes burst during a cold snap. They have also battled negativity from longtime residents, still stinging from the city’s decline. “Naysayers were extraordinarily loud,” Puckett said. “That’s the hardest thing to overcome, not even the economics. The hardest part to overcome is a negative attitude.”

And a few real estate speculators are holding out on properties, hoping for a big payday.Most of the work started before Puckett was elected to the Board of Commissioners in 2014, but even though the county’s work with the Princeton Renaissance Project is peripheral, the revitalization is finding new forums. “(My) being a county commissioner now gives some validity to the world and allows Mercer County to share its success story on a wider stage,” Puckett said. But on the other hand, “it’s one part of my county and not another, and it’s very difficult being an elected official of an entire county and specifically working on one side. Even though my political efforts are for the whole county, it’s hard to overcome the fact that my physical efforts have been focused in one part of the county.” But, he maintains, succeeding in one place was a necessary first step. “If we would have tried to do that in other parts without proving it in Princeton, it would have been a hard sell,” he said. Puckett has fielded requests for murals in other parts of the county, and is taking the county’s NACo Achievement Award-winning program “Keep Mercer Clean,” blending it with mural grants and expanding that into other areas of the county that have demonstrated the robust volunteerism that is necessary to sustain successful revitalization efforts. “The mistake that people make is that they give up too soon,” McKinney said. “They start something and work for a couple of months and say ‘nothing will ever happen here.’ For a long time, people told us we were crazy, this will never work. You just have to stay focused.” 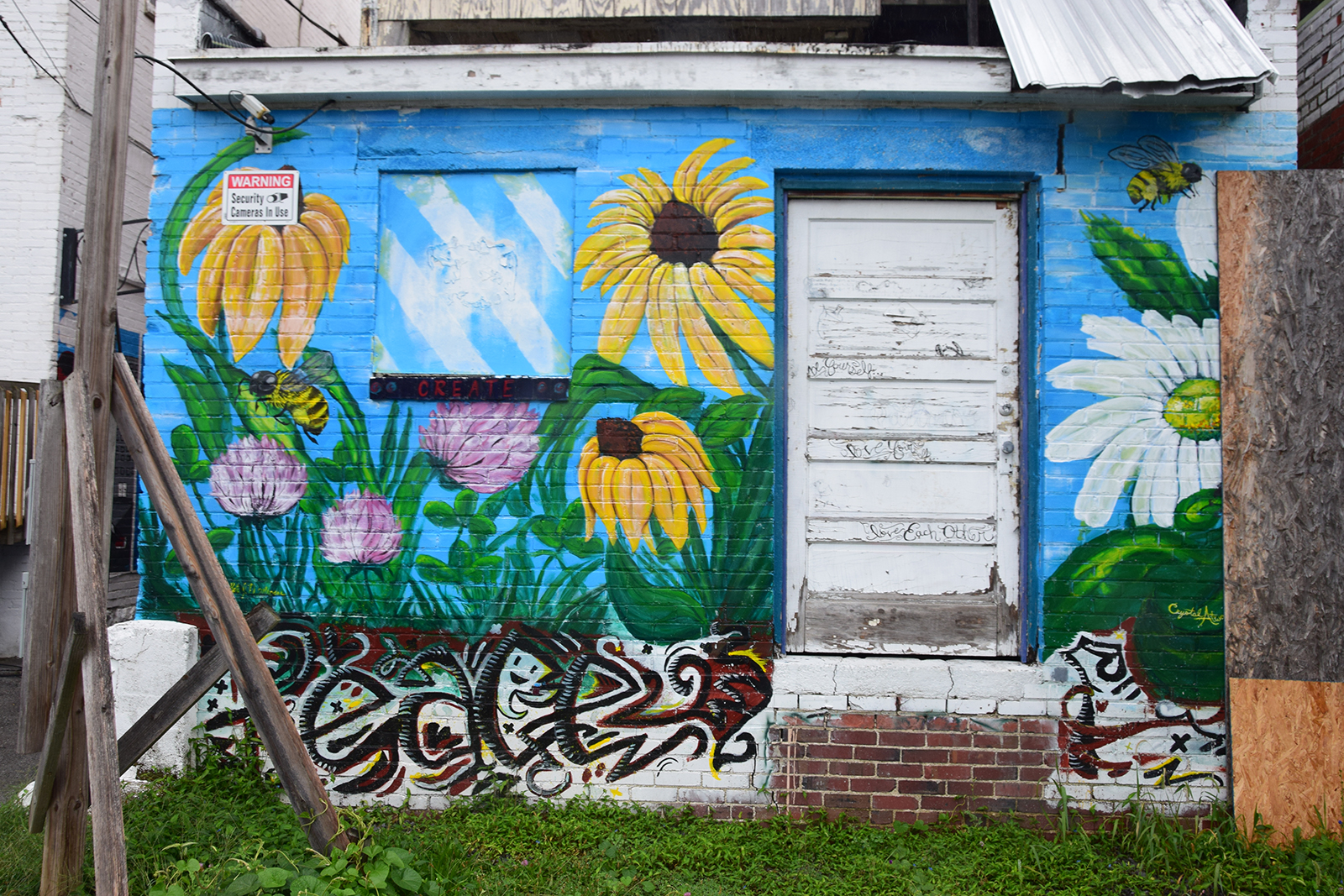 Artists’ Alley in Princeton, W. Va. contains 22 different murals, with more spilling onto the rear of the buildings

View all of the Photos