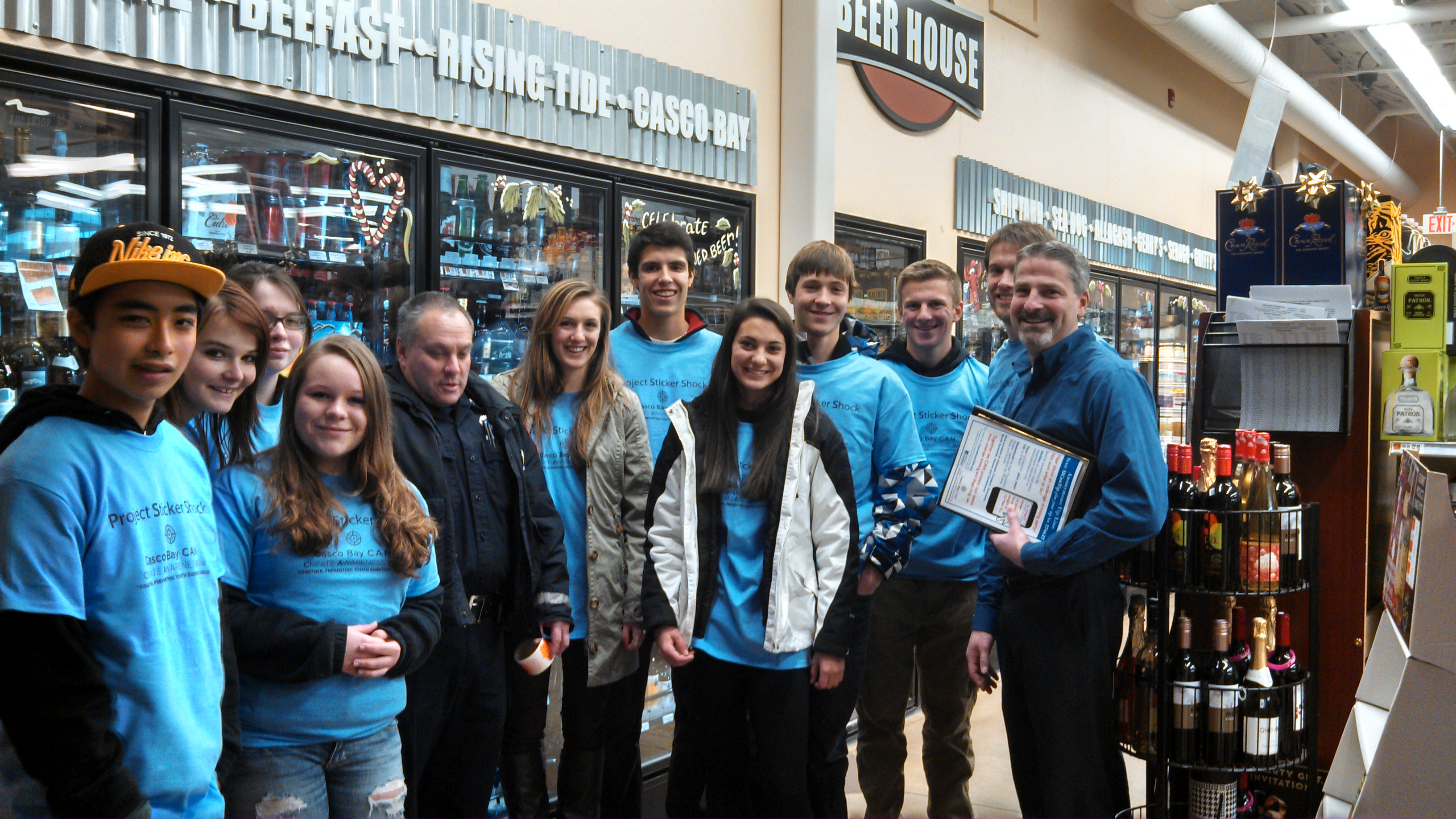 PROBLEM: 23 percent of county youths are under age 18; few alcohol and drug prevention resources were available to kids in the region.

Cumberland County, Maine’s high school kids were above average, but not in a good way.

A 2013 statewide survey showed that by 12th grade, students’ rates of marijuana and alcohol usage — and misuse of prescription drugs — surpassed the state average: For the towns surveyed in Cumberland County, 42 percent of high school seniors had used alcohol within the past 30 days. Statewide, it was 37 percent.

“It’s a collective of so many sectors in the community that come together to work and effect change … and building partnerships that maybe they never thought of before,” said program director Beth Blakeman-Pohl. (The Casco Bay region comprises several coastal Cumberland County towns; Portland is the county seat.)

CAN approaches underage drinking and drug use as a public health problem. It reinforces positive messages adults can give kids about avoiding alcohol and drugs by focusing on changing local rules and regulations, media messaging, and accessibility to drugs and alcohol, she added.

Its efforts have included youth volunteers working with local alcohol retailers in Project Sticker Shock, an awareness campaign that sends the message, “Because You Care about Teens, Don’t Provide the Means.”

“As far as our retail establishments,” Blakeman-Pohl explained, “they have done more around training…. They have compliance checks by law enforcement on a regular basis. So they understand that that’s going to happen, and they might be held accountable should they fail one of the compliance checks.

“It’s the kind of system that builds on itself. Hopefully, we can continue to see positive change, as we have been seeing,” she said.

Since CAN’s inception, the Maine Integrated Youth Health Survey showed that the percentage of seventh-through-12th graders who had used marijuana in the past 30 days had dipped to 14 percent in 2014, down from 16 percent in 2011.

And the number of minors possessing alcohol dropped to 44 in 2014, down from 68 in 2011. Instances of illegal transportation of alcohol fell to 14, down from 16 over the same period.

Achieving such results in Maine can be a challenge, Blakeman-Pohl explained. Medical marijuana is legal, and a November 2016 ballot initiative could legalize pot for recreational use. In addition, under state law 16-year-olds can legally drink at home under parental supervision. Golf courses are permitted to have “mobile service” bars — golf carts or similar vehicles that sell malt liquor beverages.

It’s an environment can send mixed signals to impressionable kids.

“They say how conflicting messages are — when they hear that this is not good for the developing brain … and then they hear, however, you can have medical marijuana,” Blakeman-Pohl said. “So it’s a lot of education, a lot of law enforcement and parent work in schools and communities that have different youth groups that are trying to get the message around delaying use.

“The longer we can delay use and have kids get older, it’s been proven that the potential for longterm addiction is decreased.”

With opioid drug abuse much in the news, Blakeman-Pohl said it is also a concern. Maine has a large elderly population. “Not that that is exclusive to having more prescriptions around, but it is a contributing factor.

“We’re really trying to educate our grandparents on how they can track their medications, encouraging them to lock them up and then also to dispose of them properly.”

CAN was funded in 2010 by a $625,000 five-year DFC grant, providing for the program’s $125,000 annual budget. On the strength of its performance, the program received another fiveyear grant in September 2015 to continue its work.

Cumberland County government serves as the fiscal agent for CAN’s federal and state grants. It also provides in-kind staff support from its human resources, financial, management and IT departments.