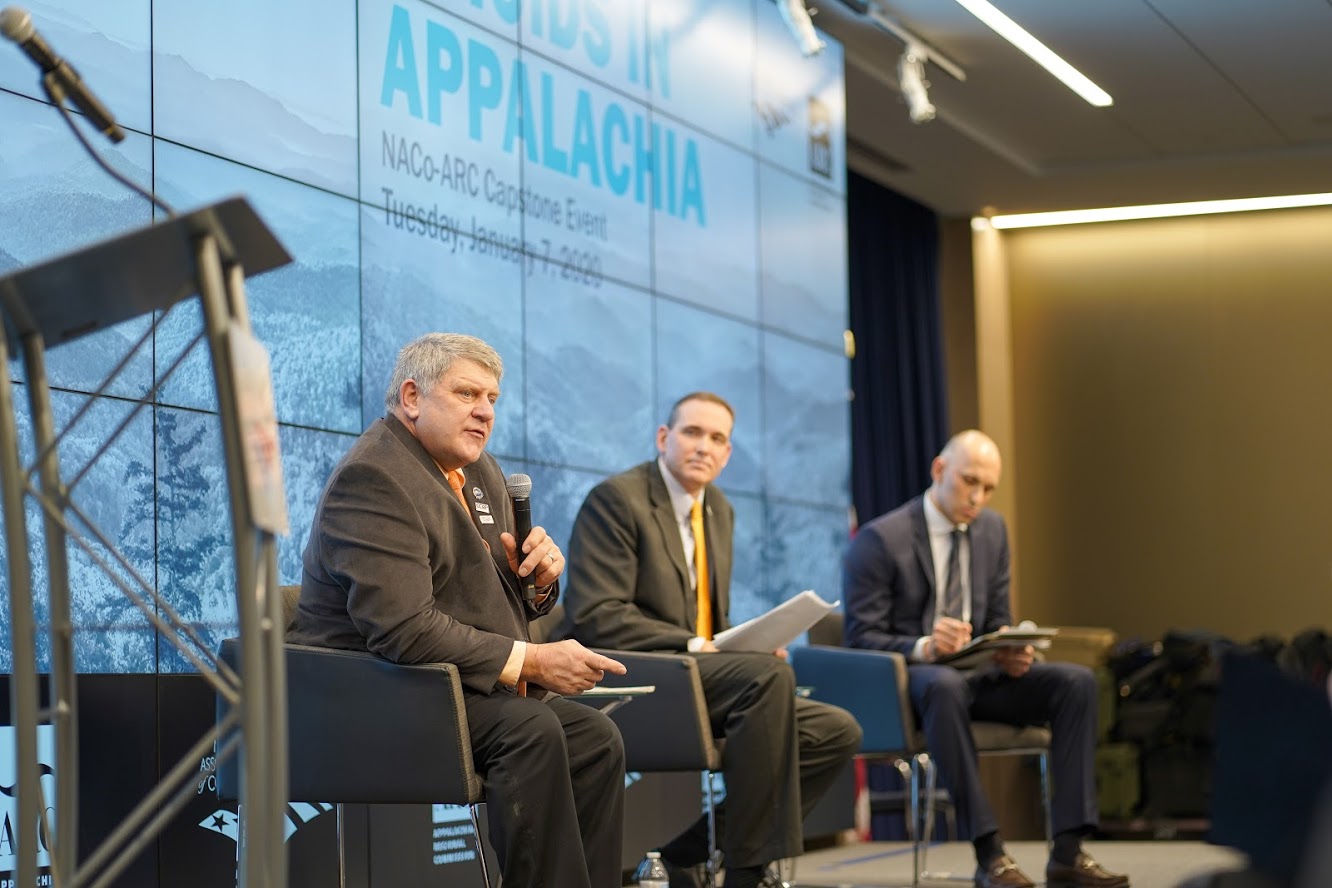 In the years since opioid addiction started barreling through Appalachia on the way to becoming a national epidemic, local leaders there have licked their wounds with an eye on revenge.

As addiction treatment specialists, various social service providers, law enforcement personnel and county leaders have seen incident after incident, they’ve come away knowing their enemy a little bit better. And they want to be the ones that lead the rest of the country out of a mess of human and economic carnage.

A lot of the strategies for retaking communities back from addiction were part of NACo’s yearlong collaboration with the Appalachian Regional Commission (ARC), a federal-state partnership that includes all of West Virginia and parts of 12 other states. The two organizations presented their joint report at a Jan. 7 event in Washington, D.C. featuring two panel discussions among state and county officials.

“We know that top-down approaches are not going to work universally, if at all,” said Tim Thomas, the ARC’s federal co-chair. “I believe Appalachian communities can also lead the way in solutions.

“It’s critical that local leaders have the tools and the facts in hand because they are the ones making the policy decisions and directing the resources that are the most impactful on this issue,” he said.

Sen. Shelley Moore Capito (R-W.Va.) acknowledged as much, pointing to the county genesis for several facets of the SUPPORT for Patients and Communities Act.

“Our experience has been that the best solutions to the problem are from the group up, they’re not generated in (the Senate),” she said, noting Cabell County, West Virginia’s crisis response teams and Mercer County’s Handle with Care program, which prompts law enforcement to notify school administrators if a child’s home life is disrupted by a drug-related intervention.

“These are the kinds of solutions that we see coming from our different counties,” she said.

Panelists seized on the need for a holistic approach to recovery, not just around the person fighting addiction, but their entire community.

“Employment supports and sustains recovery, we have been told time and time again,” Thomas said.

“There are no easy or quick solutions to this epidemic, but that doesn’t mean we shouldn’t confront it head-on,” he noted. “This challenge requires a ‘whole of society approach.’ What’s more, it requires folks working together in a more comprehensive way to form innovative partnerships, including treatment providers, nonprofits, universities, private businesses, civic groups and others.”

“We do a lot of education up front — we can reach the individual, and that’s not a problem,” he said. “We can do health fairs, we can get out and do curriculum in the schools, but it’s the environment that the individual lives in that dictates their personality and we know that without that good positive environment, we’re not going to be able to change the society.”

Puckett also echoed Thomas’ point about opening a front in war on diseases of despair by strengthening a county’s economic outlook to give people in recovery a chance at gainful employment.

“A good job could change a lot, but unfortunately, we have to provide the environment where those jobs can effectively come in, especially in those rural communities,” he said.

Puckett also reaches out to his county’s housing authority to explain the circumstances many tenants with addiction problems are going through, in hopes of earning them some leeway during recovery.

It won’t always be a linear process. Although Commissioner Jeff Snyder saw his judge in Clinton County, Pa. react skeptically to the first of three treatment courts the county created, he gradually saw the judge match the needs of the people.

“When they come to court…they have to tell what they’ve been doing, they cannot lie. Even if they went backwards,” Snyder said.

“If someone does not have self-value, what do they have? He makes them feel like they should feel, as a human being,” he said. “We’re turning these individuals back into productive citizens.”

The NACo-ARC report contains five recommendations for local action, along with key actions within each recommendation and county case studies. They include:

The battle against the stigma of drug addiction

The kind of leeway and second chances that are necessary to keep people in addiction recovery in their homes and jobs takes a change in attitudes from those landlords and employers when it comes to drug addiction, and battling the stigma of addiction is a crucial step to getting there.

“Too often stigma can serve as a roadblock that hurts us as well as them,” Thomas said, noting that willing workers have less of an economic impact if they can’t get or keep jobs.

“It’s important that we treat addiction as a brain disease and necessarily not a cultural failing,” Puckett said. “As long as we understand that and try to educate our community better on that, we have a greater opportunity to overcome the problems related to stigma.”

“I think one of the silver linings of the opioid crisis is the fact that it didn’t discriminate,” said David Connor, executive director of the Tennessee County Services Association. “This is not a drug problem that was in that community or that group of people or the troubled youths or those teenagers, this is now an addiction problem that it’s (now) a farmer who fell off his tractor and has back issues and he started on prescription pain medicine, that now he can’t get off of. It’s the guy who had an on-the-job injury or the former college athlete who’s dealing with aches and pains and they started on things that they trusted their doctors and pharmacists to say ‘yes, this will help you with your pain,’ and now you’re addicted.

“It hit every family, it hit across racial lines, across socioeconomic lines and everything else,” he noted. “I think it’s begun to change people’s attitudes toward addiction.”

The drugs themselves are changing. Although opioids have a pharmacological effect that differs from many other drugs, addiction doesn’t stop there. “We don’t have a drug problem,” Puckett said. “We have an addiction problem.”

Even as counties figure out how to go on the offensive against addiction, the enemy changes. Snyder is seeing it already.

“We still have problems with alcohol, but now we’re seeing a swing from opioids to meth, bath salts and some things I can’t even pronounce,” he said. “It’s ever-changing, and the best thing we can do is stay flexible, keep in mind what the end goal is — keep working with the partnerships that we have and never give up.”

Puckett sees remaining vulnerabilities in southern West Virginia, as people addicted to prescription painkillers move onto heroin, for outbreaks of HIV and Hepatitis C. Cabell County, W.Va. has already seen a recent HIV outbreak in the intravenous drug community. Although needle exchanges are proliferating, they don’t serve everyone.

“Make sure your community knows that you care, you’re out there and you’re working as hard as you care,” he said.

Like Connor, Puckett and Snyder said they saw something good come from how counties and regions have reacted to the opioid epidemic, noting the agencies, police and schools that have come together to train, communicate and collaborate on solutions.

Capito recounted fighting for $50 million in appropriations that would enhance the paltry funding that smaller states like West Virginia ($7 million), New Hampshire and Vermont would receive through formula funding.

“When I (ask) my large state friends ‘Is this fair?’ This is fair because if we don’t solve this problem in Appalachia and we don’t learn what works and what doesn’t work,” she said. “When it comes — because it will come to your state — you’re not going to have the solutions to fight this. That’s why it’s important to drive the funding where it’s needed the most.”