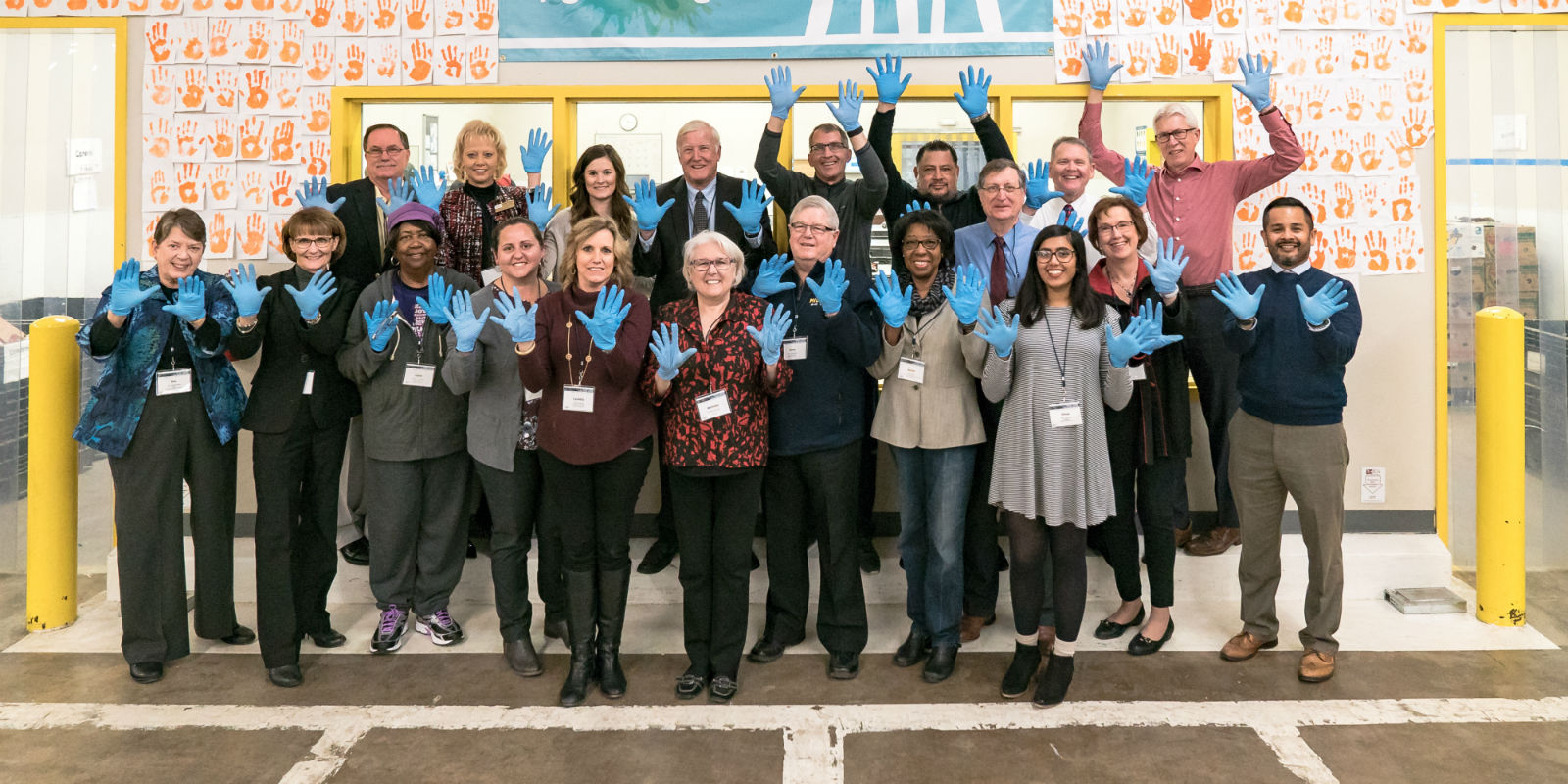 The Tarrant Area Food Bank serves 13 counties in a 10,000 square mile area. In 2016 it distributed 36 million lbs. of food, 75 percent of which is donated by local businesses. It is one of 200 food banks scattered across the country in the Feeding America network and was the site of a Poverty Summit mobile tour, Dec. 8 the last day of the Summit.

Participants on the tour learned about the wide scope of nutritional services offered by the food bank and took a turn separating donated food for school snack packs.

Distributing healthy snack packs is just one of many concerted efforts undertaken by the food bank to disrupt hunger insecurity among the area’s student population through its Food for Kids Program.

Hunger insecurity is no stranger in Tarrant County. It strikes about 12 percent of the county’s children, food bank officials said.

Curtis Amos, Everman, Texas Independent School District superintendent, attributes his system’s academic success to the Food for Kids program. The Everman, Texas Independent School District in Tarrant County serves 5,900 students, 99.9 percent of whom are considered to be economically disadvantaged, he said.  “There are many barriers to making sure they learn.”  But hunger is no longer one of them.

When Amos became superintendent, he partnered with the Food Bank to not only provide nutritious snacks to his students, but also to provide fresh produce to their families. He partnered with a local church that provides peanut butter and jelly sandwiches to his students after school ends. The results of these and other nutrition services through the food bank have mattered a great deal academically.

His system’s academic achievement is now competitive with other districts in the area. “We’re not supposed to be doing what we’re doing,” he said.

But they are, and when other superintendents ask him what he’s doing to grow his student achievement, he tells them: “It’s not a secret. Feed your kids.”

By consolidating in one building every service a person fleeing domestic abuse would need, nonprofit One Safe Place makes it easier and more secure for someone to seek help.

President Ken Shetter, who also serves as mayor of the Tarrant County city of Burleson, described the intricate process of persuading several agencies to colocate in a building dedicated two years ago. Its nondescript exterior gives clients some anonymity, but comforting interiors put them at ease.

"One of the first women to come through our services told me, unprompted, that we made her feel respected and valued," Shetter said. "That's our goal in a nutshell."

Attendees toured the facilities that housed both client services, including chidcare, and two floors of office space where different agencies interact. It also includes the "Success Store," a collection of clothing donated by JC Penney for victims of abuse.