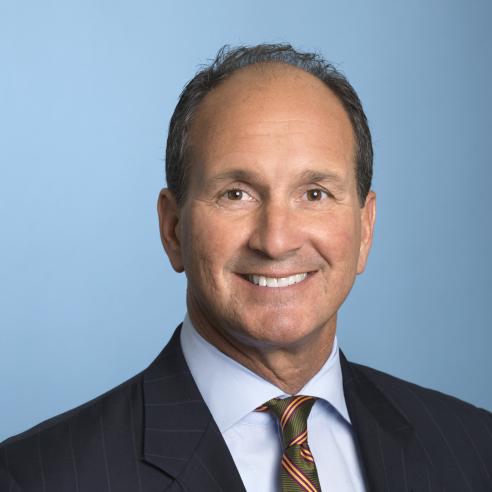 Bill spent 20 years with ING, and served as President of the Government Business Division and Executive Vice President of the U.S. Retirement Services business. He has held a number of executive positions including the Head of U.S. Retail Markets, Head of U.S. Customer Operations and Senior Investment Officer.

Prior to joining ING, Bill served in the administration of President George H.W. Bush (41) in a number of capacities, including Assistant Secretary of the U.S. Treasury for Finance and Management and Assistant to the President.

Bill is a 1985 graduate from James Madison University. He served on the JMU Board of Visitors from 1996–2004, concluding his term as the Vice Rector. He and his wife, Kathy, who is also a 1985 graduate from JMU, reside in Clifton, Virginia. They have four children: Trexler, a First Lieutenant in the U.S. Army and recent graduate from the U.S. Military Academy at West Point; Alexandra, a recent graduate of the University of Alabama; Hunter and Chapman, both of whom are Midshipman at the U.S. Naval Academy.