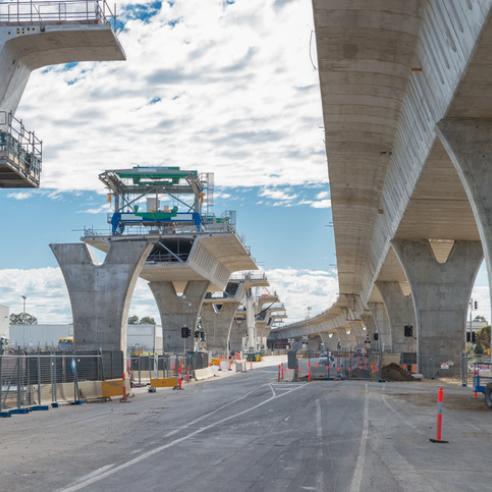 In the 117th Congress, there is renewed interest from both Congress and the White House to invest in infrastructure. Bipartisan negotiations around funding for physical assets, such as roads, bridges and water systems, are ongoing. Even without bipartisan support, however, Congressional Democrats could move a large-scale infrastructure bill based on President Biden’s American Jobs Plan (AJP) and enact it via budget reconciliation. House Speaker Pelosi and Senate Majority Leader Schumer have emphasized the need for a two-pronged approach, where both the bipartisan investments and a larger reconciliation package pass at once. View NACo’s summary of the AJP here.

At the very least, Congress will need to address the looming September 30th expiration of the surface transportation law’s one-year extension. P.L. 114-94, the Fixing America’s Surface Transportation (FAST) Act, provided $305 billion over five years from FY 2016 to FY 2020 for highways, roads, bridges, transit, rail and safety programs. It was extended at FY 2020 levels through September 30, 2021 by the FY 2021 omnibus (P.L. 116-260). Both the House and Senate have recently taken action to reauthorize the FAST Act.

In the U.S. Senate, the bipartisan highway ($311 billion) and rail, freight and safety ($78 billion) titles of a reauthorization bill have been passed by the Senate Environment and Public Works Committee and the Senate Commerce, Science, and Transportation Committee, respectively. In total, these bills would provide $389 billion over five years from FY 2022 to FY 2026. The Senate Banking, Housing, and Urban Affairs Committee is tasked with drafting the bill’s final portion, the public transit title. As of June 2021, the transit title has not been  released. View NACo’s analysis of the EPW bill here.

On June 10, the U.S. House Transportation and Infrastructure Committee passed its own surface transportation reauthorization, H.R. 3684, the Investing in a New Vision for the Environment and Surface Transportation (INVEST) in America Act. The bill, which passed the committee along mostly party lines, would provide $547 billion over five years for highways, transit and rail programs. In FY 2022, roughly $15 billion would be earmarked for Member designated projects. Majority leadership in both the House and Senate has committed to moving infrastructure legislation in July.

Alongside work on the reauthorization, larger infrastructure discussions continue. In the White House, President Biden has endorsed framework from a bipartisan group of Senators that would invest nearly $1 trillion over five years, including $579 billion in new spending, for sectors including transportation, broadband, water systems and resiliency. The group of ten lawmakers must now draft corresponding legislation, as well as secure the buy-in of their colleagues, including many who remain uncertain about the proposal, to ensure final passage. Democrats in the House and Senate are also working on a third prong: a reconciliation package that would address the remaining provisions in the AJP.

America’s counties should be recognized as major owners and operators of infrastructure in any comprehensive package or reauthorization bill. Our recommendations include:

For further information, contact: Jessica Jennings at 202.942.4264 or jjennings@naco.org