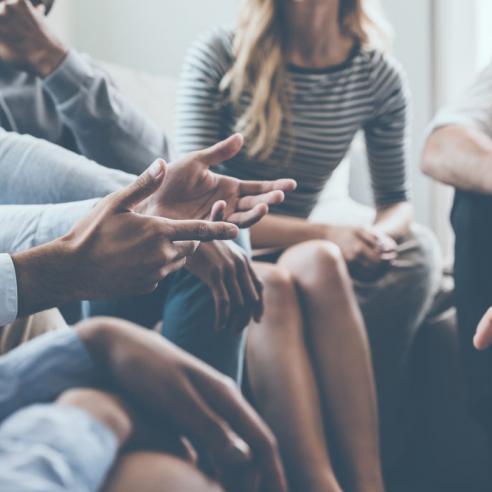 ACTION NEEDED:
Urge your members of Congress (especially those who serve on the U.S. House Education & Labor Committee, U.S. Senate Health, Labor & Pensions Committee and U.S. Senate Special Committee on Aging) to reauthorize the Older Americans Act in 2020. Additionally, urge your members of Congress (especially those on the U.S. House and Senate Appropriations Committees) to fully fund the program for FY 2021.
BACKGROUND:
Originally enacted in 1965, the Older Americans Act (OAA) supports activities that help older adults live independently and remain part of the community. The U. S. Department of Health and Human Services Administration on Aging (AOA) under the Administration for Community Living (ACL) administers most OAA programs. Only those promoting part-time employment opportunities and community service activities for seniors fall separately under the Department of Labor.
The majority of OAA programs are “core services” authorized by Title III—Grants for State and Community Programs on Aging. These core services vary depending on local needs, but often include transportation, nutrition, support for caregivers, recreation, in-home assistance, disease prevention and more. The OAA also authorizes funding for training, research and demonstration projects in the field of aging as well as grants for services for Native Americans and elder rights activities.
States receive Title III Grants according to a formula based on their share of the nation's population of individuals 60 and older. States then pass these funds to area agencies on aging (AAAs), which coordinate programs and services for senior citizens at the local level. Counties are key recipients of these dollars and frequent administrators of these programs. Roughly 25 percent of the 625 AAAs across the nation operate within county governments, while another 28 percent operate within regional planning councils or councils of governments that often include counties. Meanwhile, 56 percent of AAAs rely on local funding streams through counties or other local governments to provide additional programs and services.
As the nation’s population rapidly ages, counties face increasing demand and challenges in providing comprehensive systems of care to their older residents. Federal funding for OAA programs has not kept pace with these demographic changes. Without additional resources, counties will face new challenges in providing the rapidly aging population with access to critical services.
Though the OAA’s authorization expired in FY 2019, Congress provided funding for OAA programs in the FY 2020 appropriations process. The FY 2020 spending agreement provided $2.23 billion for the Administration for Community Living, an increase of $54 million over FY 2019 levels. This includes $937 including a $50 million increase for the ACL for a total of $2.23 billion. Congress is actively working to reauthorize the OAA on a bipartisan basis and will likely include increases in authorized funding levels for core services in a final bill. However, programs under OAA are discretionary and subject to the annual appropriations process, meaning Congress may not provide the full increase allowed for in a new reauthorization.
KEY TALKING POINTS:
Between 2011 and 2030, 78 million individuals who were born between 1946 and 1964 will reach the age of 65. This means the number of older adults in the U.S. will more than double, thereby increasing the demand on OAA services.
Approximately 25 percent of the 625 area agencies on aging across the nation operate within county governments while another 28 percent operate within regional planning councils or councils of governments that often include counties.
56 percent of area agencies on aging rely on local funding streams – including from counties – to provide additional programs and services.
Congress should reauthorize the OAA with funding increases that will allow counties to strengthen and expand our networks of support for the aging population appropriate.
Congress should fully fund the OAA in FY 2021 and in future appropriations so that it can keep pace with our nation’s growing population of older adults.
Standard