WASHINGTON – The National Association of Counties (NACo) and the National Sheriffs’ Association (NSA) today announced the formation of a joint task force to reduce jail inmate recidivism through continuity of health care services.

The task force, made up of NACo and NSA members representing county leaders, law enforcement, judges, prosecutors, public defenders, behavioral health and veterans’ services, will explore the impacts of the national mental and behavioral health crisis and the Medicaid Inmate Exclusion Policy (MIEP), which strips federal health and veterans’ benefits from individuals upon admission to jail – not upon conviction – leading to increased recidivism.

“Stripping federal health benefits from those jailed but not convicted, and are presumed innocent, is a violation of their constitutional rights,” said NACo Executive Director Matthew Chase. “By providing continuity of health care to those most in need, counties can help break the cycle of recidivism exacerbated by untreated physical and mental illnesses and substance use disorders.”

“This task force will work tirelessly to remove the roadblocks people face in getting the care they need,” said NSA Executive Director and CEO Jonathan Thompson. “These experienced people will fix this problem and help the thousands of mentally ill citizens trapped in Americas’ jail without the proper care.”

Members of the new task force will explore the impacts of existing federal policies on recidivism and health outcomes of local jail inmates. A focus will be placed on those individuals suffering from mental health, substance use disorders and/or other chronic health illnesses.

An issue plaguing sheriffs and jails throughout the United States is that of the increasing number of inmates with substance abuse and co-occurring disorders. Due to the lack of community resources, jails have become the de-facto mental health hospitals and treatment facilities and have assumed the liability as well. Across the nation, there is growing reliance on local jails to serve as “one-stop” treatment centers for these afflictions. Under current law, those who can afford bail keep their health care while those unable to pay – who are most susceptible to illness – face a gap in coverage. Research shows gaps in coverage lead to higher rates of recidivism resulting in over-incarceration.

The suspension of federal benefits for pre-trial detainees not only presents constitutional challenges but also unjustly increases the fiscal impact on sheriffs and counties to pay for needed medical and mental health care, that but for their incarceration, the federal government would cover. These monies, if reinstated, would increase sheriffs’ ability to provide additional programming and resources to inmates and allow for a smoother transition into communities for the inmate without a lapse in benefits and medical care.

Members of the Task Force:

The National Sheriffs’ Association is one of the largest associations of law enforcement professionals in the U.S., representing more than 3,000 elected Sheriffs across the nation, and with a total membership of more than 20,000. NSA is a non-profit organization dedicated to raising the level of professionalism among Sheriffs, their deputies, and others in the field of law enforcement, public safety, and criminal justice. Throughout its seventy-eight year history, NSA has also served as an information resource for all law enforcement, as well as State governments and the Federal government. 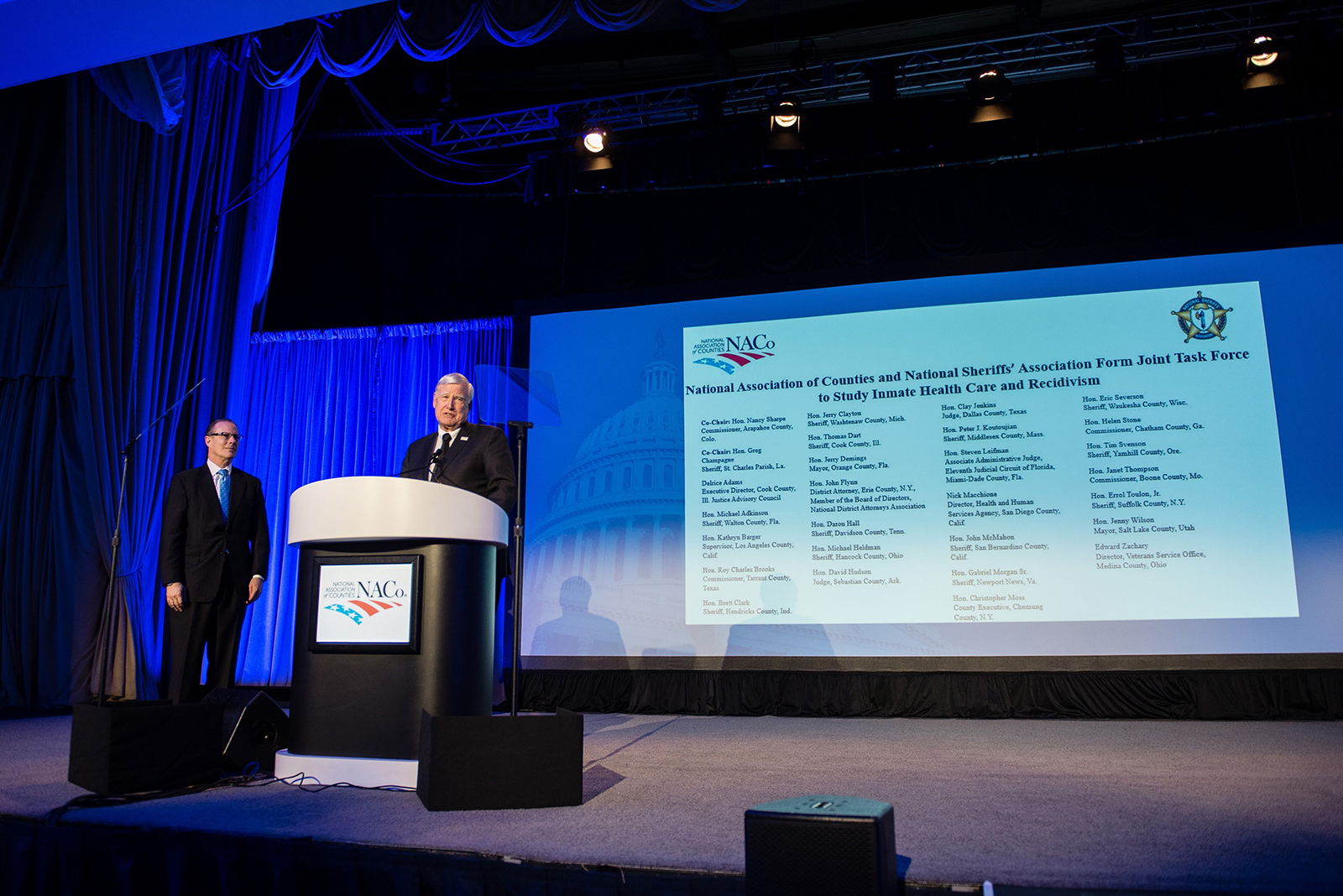