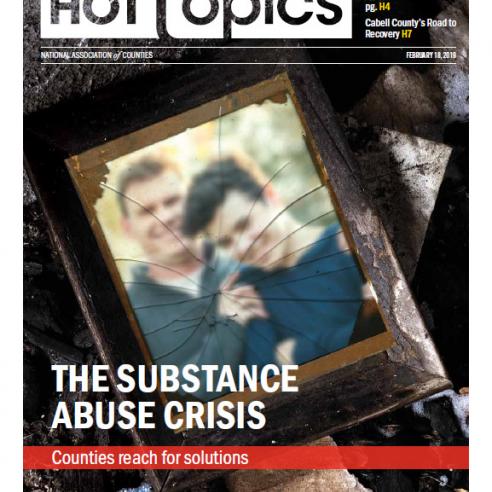 Counties across the country are dealing with the fallout from a substance abuse crisis that has been on the rise for years — whether it means placing more kids in foster care when parents are absent, training librarians on how to administer Narcan or watching budgets get busted at the county coroner’s office.

The highest OD death rates occurred in West Virginia, Ohio, Pennsylvania and the District of Columbia, the CDC reported.

Deaths from synthetic opioids other than meth (fentanyl, fentanyl analogs and tramadol) increased by 45 percent from 2016 to 2017. Although opioids continue to grab headlines, many counties across the country continue to have their hands full dealing with the repercussions of cocaine and meth use.

The crisis hits all walks of life. Last year, President Trump unveiled a new website, CrisisNextDoor.gov, where Americans share their own stories about the dangers of opioid addiction.

In this special issue of County News, we look at solutions and challenges and hear from county officials around the country.