Franklin County, Pa., has committed to using data-driven strategies to divert low-level offenders with mental illness out of its criminal justice system. The county is using data-driven solutions, including data sharing and matching, to identify individuals who are high-utilizers of justice and health systems. This has resulted in the development of new practices and programs that strategically invest county dollars to protect and enhance public safety and improve health and treatment outcomes.

How is Franklin County using and sharing data to optimize its justice work?

Franklin County is combining data from the health and justice systems to identify the highest utilizers of multiple services. Because the county operates the health and justice systems, data sharing is a streamlined process that did not require a Memorandum of Understanding. The county uses a combination of social security numbers and dates of birth to generate unique identifiers and match individuals between systems. The county’s IT department receives the data, matches individuals and sends notifications to the appropriate agencies.

Who are the stakeholders in your data-driven justice (DDJ) work?

The success of efforts in Franklin County is backed by strong interagency collaboration and depends on the involvement of non-traditional stakeholders. For example, the Greater Area Chambersburg Chamber of Commerce spearheaded a collaborative effort to collect secondary data to identify county assets and gaps in resources. This data was utilized to develop programs to help individuals reentering the community build work skills. The district attorney received grant funding to lead the implementation of a diversion program similar to the Law Enforcement Assisted Diversion (LEAD) program that will focus on assessment and drug and alcohol treatment in lieu of charges. In addition, the county’s geographic information system department played a key role in identifying “hot spots” of mental health-related 911 calls. As a result, local law enforcement deploy officers with crisis intervention training (CIT) to high-need areas. In addition, groups like Healthy Franklin Coalition and the newly formed Reentry Coalition use data from the Community Health Needs Assessment to set and address priorities, including mental health and access to care.

What populations are the focus of the county’s DDJ work?

How did the county use data to identify these populations?

The county tracks many health-related factors related to in the jail population. To better identify and coordinate services for individuals with serious mental illnesses in the jail, the county established a system-wide definition of serious mental illness. In 2016, 16 percent of the inmates had a serious mental illness.  The county also tracks inmates who have substance use disorders or alcohol dependence. In 2016, 36 percent of detainees required a detox protocol upon booking. Seventy percent of sentenced inmates have substance use disorders as identified by jail staff using the Texas Christian University Drug Screen. Data also revealed that many individuals lack health insurance post-release, leading the county to implement a Medicaid Navigators program. As a result, in 2016, 46 percent of inmates identified as needing Medicaid for any reason were enrolled with this coverage upon release from the county jail.  Of those who needed inpatient treatment post-release, 100 percent received coverage on day one.

What programs does the county have in place for these populations?

In response to mental illness in the jail population, the county now has a forensic case manager that communicates with the jail and community-based behavioral health systems to coordinate services for individuals with mental illnesses in jail. In addition, a county-funded recovery support specialist, as well as Alcoholics Anonymous and Narcotics Anonymous groups, are available to inmates. Franklin County also implemented a program in the jail that combines Vivitrol, a medication to combat opioid dependence, with substance use treatment. Although the program begins in jail, individuals continue to receive treatment post-incarceration. Funding for the Vivitrol program in the county has come mainly from the state and federal pass-through dollars.

Additionally, law enforcement officers are equipped with the tools critical to addressing the immediate needs of individuals with mental illnesses. In addition to resource cards that help law enforcement divert to community-based resources, the county also provides a 24/7 crisis phone number and maintains an intervention office. A person in crisis can be seen immediately to determine if he or she needs assessment, treatment or to be admitted to the hospital.

The county’s response is not just focused on the justice system, but also on proactively working with individuals with mental illnesses or substance use disorders. Franklin County’s Drug and Alcohol Department has a case manager at the hospital to create a warm handoff and connect individuals to treatment after they are discharged from the hospital.

How is your jurisdiction using data to measure success/ensure long-term sustainability?

Program sustainability is critical but also a challenge. The county is using data as a conversation starter to obtain buy-in from key stakeholders. Demonstrating a problem or idea using data not only results in a quicker response, but also encourages the collection of better data, supports federal and state grant applications and allows for professional evaluation of programs. Many times, stakeholders are not willing to commit to an idea or program out of fear of lack of sustainability and long-term success. Having data allows the county to obtain critical buy-in from stakeholders, in turn contributing to a system that is better positioned to be sustained. 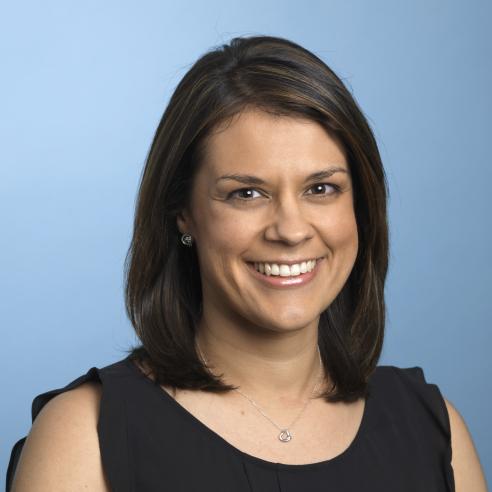