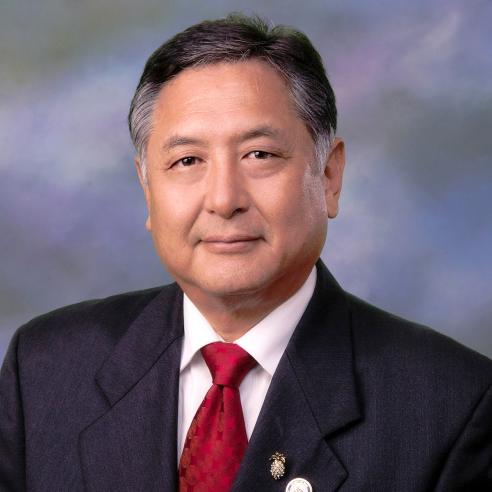 Hokama was first elected to public office in 1978 as a delegate to the Hawaii State Constitutional Convention. Later, he was elected to serve on the Maui County Council from 1999 to 2009 and again in 2011. Positions formerly held on the Maui County Council include council chair and chair of the Budget and Finance Committee and the Economic Development Committee. He is chair of the council’s Policy Committee and has been an advocate for the job creation, services for young and elderly residents and fiscally‐responsible government.

Raised on the island of Lanai, Hokama graduated from the University of Hawaii with a Bachelor of Arts Degree in Sociology. He previously worked for Castle & Cooke Company (Dole Pineapple Company), other private businesses and the Hawaii State Legislature. During his lifetime, he experienced the transformation of his home island from a major pineapple producer to a resort destination area.

Hokama enjoys spending time with his family, traveling, golfing and singing karaoke. He is avidly interested in Euro‐Asian military history.