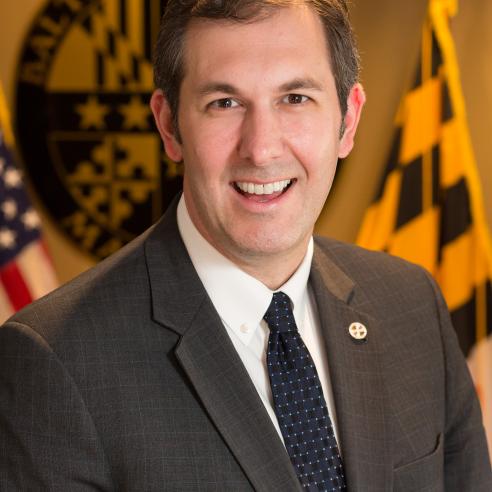 County Executive John “Johnny O” Olszewski, Jr. is a lifelong Baltimore County resident who believes in the power of public service and giving back to a community that has done so much for him. He is a graduate of Sparrows Point High School, earned his undergraduate degree from Goucher College, a master’s degree from The George Washington University and his PhD in Public Policy from the University of Maryland Baltimore County.

In 2006, Olszewski was elected to the Maryland House of Delegates at age 23, and re-elected four years later as the top vote getter from legislative district 6. His work in the General Assembly earned him a reputation as a “rising star” of Maryland politics – and helped breathe new life into the abandoned steel mill in his hometown.

In the legislature, Olszewski was the youngest person ever elected to serve as Chairman of the Baltimore County House Delegation. In that capacity, he helped lead unprecedented progress for the County in areas such as economic development and school board reform. As a staunch advocate for working families, he led the charge on earned sick leave, raising the minimum wage and offered a critical vote in securing Marriage Equality in the State of Maryland.

Olszewski was elected Baltimore County Executive in November 2018, and has led the charge for a better Baltimore County. He has committed record funding for education, worked to enact bipartisan police reform, and created a more transparent, accountable government.  He continues to push for progress on those priorities while leading the County’s response to the COVID-19 pandemic, using data and science to guide public health decisions and committing resources to expand the social safety net to support vulnerable communities as they weather the crisis.