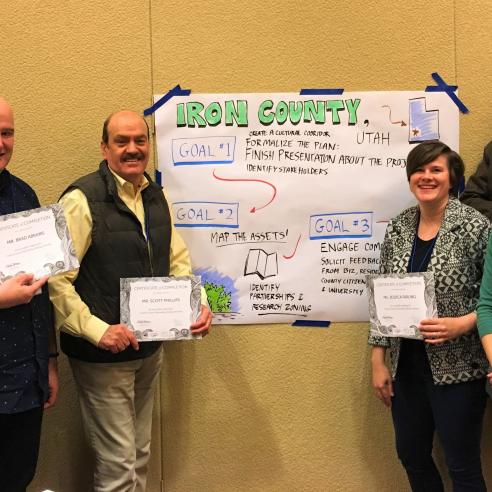 Once the richest county in Utah, Iron County has faced a tough economic climate since the local iron mine closed in the 1980s. The closure left the community without an economic identity. Residents have since rallied around other sectors, including tourism, education and the arts. Cedar City, the largest city (pop. 31,000), is situated among five national parks, including Zion and the Grand Canyon. These natural wonders—and the Utah Shakespeare Festival—have brought millions of tourists to the area. 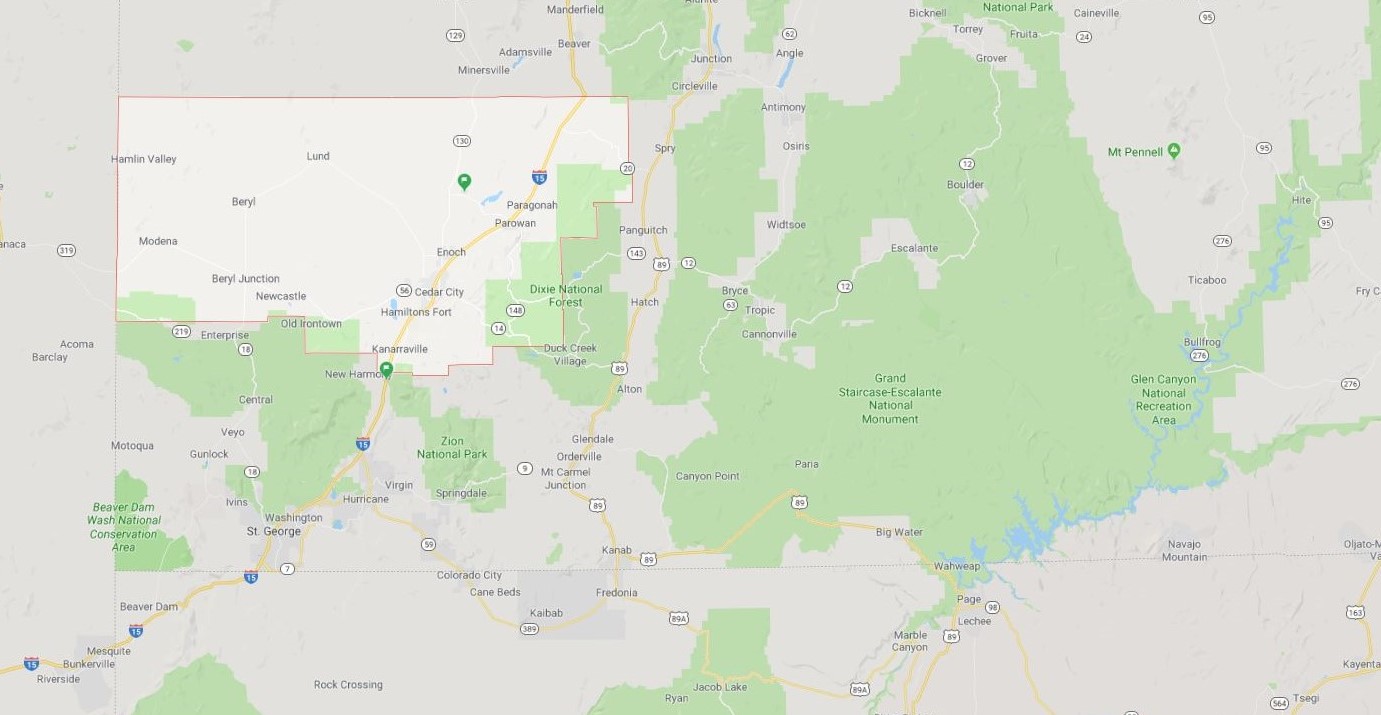 The county has already coordinated several grassroots efforts to provide public spaces to revitalize, beautify and repurpose Cedar City’s struggling downtown district and engage residents, students, and tourists in the community arts. There is a disconnect, however, between the residents of Iron County and its student population and visitors. Iron County is one of five counties in the state dealing with intergenerational poverty while its visitors tend to come from affluent communities. The county is looking to bridge this socio-economic divide and better engage its rural residents by establishing a cultural corridor between the University’s Beverly Center and Cedar City’s historic downtown district.

FINAL REPORT OUT AT WORKSHOP

Portions of downtown Cedar City in Iron County, Utah, are active but there is a void between the two main areas – the Southern Utah University Campus and Main Street. The Iron County team has been working to activate this two-block stretch of West Center Street into a cultural corridor in order to bring students into downtown and vice versa. Their original action plan goals have morphed slightly since the workshop.

When the team began to work toward their goals upon returning home, several other groups with similar goals were identified. Rather than building momentum for a new cultural corridor in a silo, the team worked to integrate and incorporate the arts into these other ongoing initiatives so as not to duplicate efforts. To help with this integration, the team added new members who sit on the steering committees of these initiatives: Mindy Benson, VP of Community Engagement and Alumni at Southern Utah University, and Chris McCormick, Chamber of Commerce President.

The two main initiatives are Vision 2050 and the Cedar City Historic Downtown Committee. With Vision 2050, the team has successfully ensured that “community character” and “arts and culture” will be two of the main sections of the plan. Iron County Creative Counties team members chair and sit on the Arts and Culture Subcommittee of the planning committee. Through the Cedar City Historic Downtown Committee, on which several of the Iron County Creative Counties team members sit, the team has successfully worked to develop a mural project. They have permission from a downtown building owner on West Center Street along the cultural corridor to paint the mural, which is a recreation of a circa 1950s mural that was painted on the train depot near Cedar City. The mural will be funded by the state as part of the Spike 150 initiative – which aims to inspire, educate, and reflect on the Transcontinental Railroad legacy – and should be complete late Summer 2019.

The team also attended the Balancing Nature and Commerce Conference in February 2019 which helped them refresh and renewed their focus and reassess their goals. 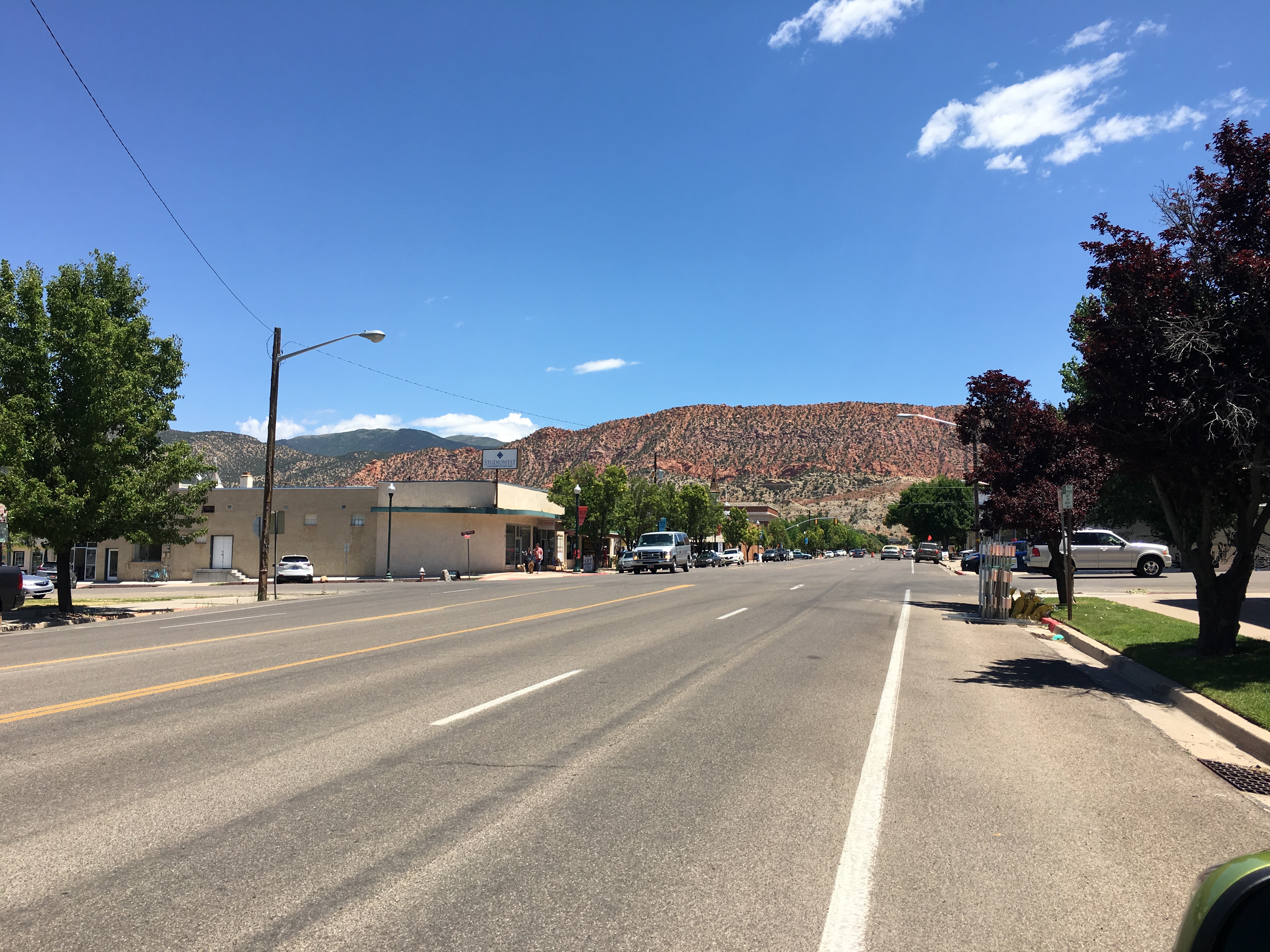 Additionally, the team hopes to use the momentum from its mural project to create a public art committee through the historic downtown committee. The public art committee would create a plan to fund public art from murals – including the recreation of old advertisements – to other public art projects along the corridor – including bike racks, a skate park and youth engagement efforts. The county is trying to set aside funds in county budget to give small grants to artists to do these types of projects.

Since the workshop, the team feels that their community now has a better understanding of the value of the arts and creative placemaking, and how they can be incorporated into community planning. They have noticed a change in the dialogue and terminology used at local meetings and changes in people’s thinking. They attribute these slight changes in part to the tools NACo gave them to help talk about these things in the different groups. This artwork was created by Nathan T. Wright, an illustrator and artist based in Des Moines, Iowa.