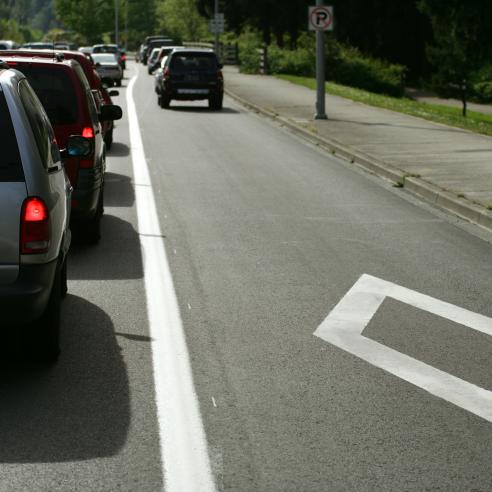 Loudoun County Commuter Services developed and implemented a carpool incentive program, called Rideshare Rewards. This program provided incentives for two different carpool scenarios: a) individuals who were driving alone and then formed a carpool or b) individuals who were active carpool members. The NuRide program was selected to track program participation. Staff worked with a design firm to create the Rideshare Rewards logo. A news release was distributed to all the local news outlets and sent through Loudoun Alerts, the County’s mail/alert system for the public. The program was also launched on Loudoun County’s Intranet and to employers in Loudoun through the employer electronic newsletter, Commuter Shortcuts as well as our Facebook page. Professional advertisements ran in all the local newspapers the first week in April. The newspaper ads continued to run through April and into May. Staff developed a survey instrument to register all participants through our subscription with Survey Monkey. Staff also create an evaluation survey to cross reference the trips logged in NuRide as verification. Based on 202 participants with 147 of those being the drivers of the carpools, staff determined that there were 1,764 less trips taken and 57,015 less miles driven during the three month program. The program dispensed over $18,000 in gift cards to Rideshare Reward participants. Overall the participants appreciated receiving the reward for sharing the ride along with enjoying the company and friendship of their carpool partners throughout the program. Staff appreciated collecting and analyzing the data to be used for future commute projects. The efforts of all the participants computed to an average of 29 less vehicles on the road per day. The vehicle miles traveled was also reduced to the equivalent of 20 coast-to-coast trips from Ocean City, MD to Los Angeles, CA (over 57,000 miles not driven by a SOV).